Another Big Step Toward DRM-Free E-Books

Amazon, ask yourself. What's worse: piracy, or indifference from the people who are supposed to be your customers?
Serdar Yegulalp
Contributor
April 27, 2012

Ask people why they don't buy e-books and it usually boils down to two things: pricing and copy protection. In the first case, nobody wants to overpay, but in my opinion media that is too cheap ultimately can be just as harmful to consumers as too expensive. As for copy protection, even writers think it's a bad idea--our very own F. Paul Wilson groused about piracy, but also how he refused to use Digital Rights Management (DRM) on his own e-books.

Now enter Tor Books, a.k.a. Tom Doherty Associates, one of the biggest publishers of science fiction and fantasy (including some of Wilson's). Tor has just elected to drop DRM from its entire line of e-books. Strictly speaking, it will be offering e-books through channels that are DRM-free, in addition to the usual protected Kindle and Nook formats.

Is Tor Books nuts? Or is it just doing the smart thing?

Me, I take the second view. 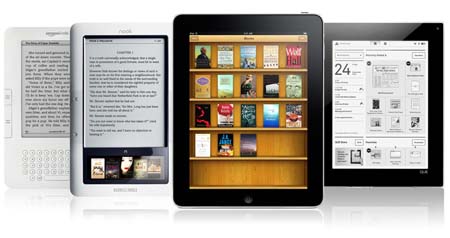 Back when Amazon opened its own DRM-free music store, both to compete with the likes of iTunes and the equally-DRM-uncontaminated eMusic.com, I remember at least one wag noting music was now doubly dead. What was to stop someone from buying a file legitimately, then spreading it far and wide on the file-sharing networks? After DRM-free music had been around for a while, a funny thing happened. Most people I knew gave up on scouring file-sharing networks for the songs they wanted, because they were now available from legitimate, familiar sources for a buck a track.

I think we're well past the point where people expect digital media of any kind to be impregnable forever. It's not a question of if something will be cracked but when. And it's no longer a question of whether most people will scratch around for it when they can just buy it from a trusted entity. They won't.

So why does piracy still flourish? Two big issues:

-- The stuff we want isn't made available because of rights and licensing issues.

-- The stuff we want is tied up with ornery copy protection that makes the very act of acquiring and using the material in question a pain in the rear.

The first part is bad enough, and deserves a column of its own. But it's the second part that's become the real thorn in the sides of people who want to embrace digital media. Steam, the Kindle store, the Ultraviolet video delivery system, and so on--all of them ultimately fall down on the same issue: you don't have anywhere nearly the freedom with the end product that you do with a plain old unprotected MP3.

Last year, I bought a copy of the magnificent Hayao Miyazaki film Nausicaä of the Valley of the Wind back when it first came out on Blu-ray Disc. The film's a masterpiece, but the way it was authored onto BD was just stomach turning. Slow to load. Unskippable parts. And no, I couldn't just go straight to the film--copy protection, don'tcha know.

I understood then why people opt for piracy. Why should they pay good money for something that barely even works, when they know the issues are not even technical but social? Why should they be punished for doing the right thing?

Note that I'm not arguing for piracy in any way. I'm just pointing out how piracy might be far less of a threat to sales than being flat-out ignored because consumers don't want to go through the hassle of actually, you know, consuming what you offer.

Piracy is a symptom of alienated customers. It might not be the only reason piracy exists, but I'm betting it's one of the most consistently influential and underappreciated ones. If they're not going to you for your own product, then you're probably doing it wrong.

This is the conclusion Tor and a handful of other folks have come to, and I hope their insight becomes conventional wisdom. Instead of jealously trying to protect everything under the mistaken assumption that to do otherwise is morally irresponsible, they're offering what they have in the formats the market supports. If most people prefer the Kindle's version of convenience, great. If a sizeable minority prefer DRM-free outlets like Smashwords, also great. Especially if not providing DRM-free versions hurts them worse than the losses engendered by piracy.

What's worse: piracy, or the studied indifference of the very people who are supposed to be your customers?