Apple is best known for its sleek, well-designed line of smartphones, tablets, and computers, but rumors have persisted that the company is looking into electric vehicles.

This chatter is likely to gain more traction following a report in The Wall Street Journal that Doug Betts, a former global quality executive at Fiat Chrysler Automobiles, has joined Apple, though Betts declined to comment when contacted by the paper.

Apple's electric vehicle project -- code-named Titan -- still hasn't been officially acknowledged by the company, despite reports that Apple has both hired hundreds of new employees to explore the venture and even reached out to workers at Tesla, Elon Musk's electric car company.

A February report in Bloomberg described Apple's plans to enter the electronic vehicle market in 2020, according to unnamed sources said to have knowledge of the matter.

In May, Apple settled a lawsuit filed against it by lithium-ion battery manufacturer A123, which sued Apple after five employees left the company to work for Apple. The company argued that they violated their employment agreements.

The two companies signed a settlement agreement, but neither company commented on the development. Terms of the arrangement were not disclosed. 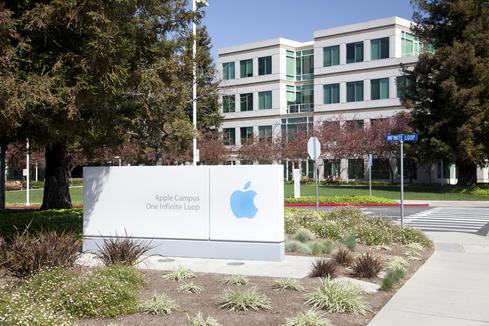 Alongside Tesla and mainstream automakers like BMW, Fiat, Toyota, and Ford, Google is among the other players looking at the electric vehicle space.

Google has been fairly public about its self-driving cars, even when the automobiles get into accidents. One that happened earlier this month made headlines this past weekend, following a blog post about the fender-bender.

According to a report published earlier this month by Transparency Market Research, the global on-road electric vehicles market is forecast to record 64.4 million units in volume of sales by 2019.

Revenue is expected to reach a value of more than $271 billion by 2019, growing at a compound annual growth rate (CAGR) of nearly 20% between 2013 and 2019 -- a year before Apple would supposedly enter the market.

The report noted that Nissan Motors, General Motors, Tesla Motors, Honda Motors, and Toyota Motors are among of the leading players in this market, and collectively accounted for more than half of total marketshare in 2012.

On a Tesla earnings call in May, Tesla CEO Musk said he welcomes additional competitors in the electric car market, including Apple, which is known to dominate fields that it enters, even when that's years after other companies.

"I certainly hope Apple gets into the car business," Musk reportedly said on the call. "That would be great."

Nathan Eddy is a freelance writer for InformationWeek. He has written for Popular Mechanics, Sales & Marketing Management Magazine, FierceMarkets, and CRN, among others. In 2012 he made his first documentary film, The Absent Column. He currently lives in Berlin. View Full Bio
We welcome your comments on this topic on our social media channels, or [contact us directly] with questions about the site.
Comment  |
Email This  |
Print  |
RSS
More Insights
Webcasts
Bolstering Your Enterprise Cyber Risk Assessment
4 Practical Tips for Building a Data Lake
More Webcasts
White Papers
Top Serverless Security Risks and How to Mitigate
Ransomware Security Breach Summary: Food Production
More White Papers
Reports
Gartner's Top 9 Security Trends in 2020
The Infoblox Q4 2020 Cyberthreat Intelligence Report
More Reports

Mak, Google is a smart company. It puts its eggs in as many baskets as it can. Having many divisions is good for business. Apple is also a smart company. With Apple CarPlay Apple has already entered the automotive business. CarPlay is available in Volvo's connected cars. See here: https://www.apple.com/ios/carplay/ -- So, I find the idea of an Apple car fascinating. -Susan
Reply  |  Post Message  |  Messages List  |  Start a Board

Whoopty, you forget about Steve Job's generation. Apple has never targetted its products only to the very young generations. That's a misconception. -Susan
Reply  |  Post Message  |  Messages List  |  Start a Board

nasimson, no, it's not an unrelated business. The connected/autonomous car is related to the the iPad and iPhone. In fact, Apple is already in the car business with Volvo's autonomous/connected cars. This has been like this for a good while now. -Susan
Reply  |  Post Message  |  Messages List  |  Start a Board
InformationWeek Is Getting an Upgrade!