Apple is denying rumors that it is buying Big Machine, the record label that brings us Taylor Swift. But such a move makes sense if Apple wants its streaming services to succeed.

Apple might be looking to beef up its forthcoming streaming service in partnership with Beats Audio, even as it has denied the rumors that it is looking to buy Big Machine, the Nashville-based label best known for signing Taylor Swift.

Given that Big Machine's deal with Universal Music Group is reportedly up, according to Hits Daily Double it seems the label could be ripe for the picking. Denials notwithstanding, the concept of Apple buying a record label hints that there could something bigger at stake than just a streaming service. Is Apple looking to become a content maker?

As many have pointed out, for Apple to succeed in streaming with firmly entrenched competitors like Spotify and Pandora, it needs to bring something fresh and exclusive to the table. With services like these, you can compete on price, ease of use, or content. Since the services are free, price isn’t a possibility. Since Spotify and iTunes look eerily similar it is unlikely Apple can compete on ease of use (though don’t count out a new look). That leaves exclusive content.

Apple tried this just a few months ago with U2. Now, it looks like the company want to try again with a younger, potentially more attractive artist. And since she has publicly broken up with Spotify, buying Big Machine could be a coup for Apple. 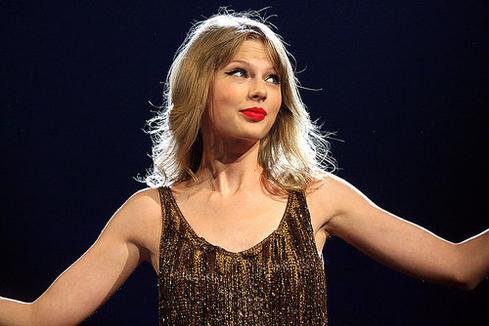 But here's the issue: Hasn't Apple learned the lesson well known to anyone in the music business? For every excited fan thrilled to have content from Swift, there are another 10 out there who hate the idea of going anywhere near her. And even superstars like Swift have a shelf life. Surely, Apple won't be forcing Swift onto our iPhones like they did with U2. But if it doesn't do that, then where’s the advantage in Apple buying Big Machine?

The advantage, if there is one, is in the idea of Apple taking on a Netflix- or Amazon-style strategy that includes creating exclusive content from the ground up. This is a strategy Apple seemed to be flirting with years ago when Steve Jobs invested in Pixar. What if the regulatory environment was different and Jobs had been healthier when Disney was bidding for Pixar? Would Jobs have been willing to buy it, instead of sitting on the Disney board as an investor?

[Need an Apple Watch alternative? Read about these other gadgets.]

Perhaps it wouldn't have made sense at the time. But, consider that, in addition to a music streaming service, Apple is likely looking for something to differentiate itself on Apple TV. How good would Apple TV look now if it had exclusive rights to Pixar movies as well as the standard fare on most streaming services? If Apple wants into streaming, whether it is audio or video, at this late date, it needs to be a content maker.

Getting into audio is a cheaper area to start than video.

Perhaps buying Big Machine, or another label like it, is part of an exclusive content play that goes deeper than a couple of albums. As Apple found out the hard way, exclusive content deals are usually expensive and short-lived. Owning the content, even if you license to others, is a longer term profit strategy.

Will we see Apple Records? Well, the Beatles might still have something to say about that. But it stands to reason that Apple will look to start making content if it wants to position itself as more than just a convenient conduit to others' creative works.

David has been writing on business and technology for over 10 years and was most recently Managing Editor at Enterpriseefficiency.com. Before that he was an Assistant Editor at MIT Sloan Management Review, where he covered a wide range of business topics including IT, ... View Full Bio
We welcome your comments on this topic on our social media channels, or [contact us directly] with questions about the site.
Comment  |
Email This  |
Print  |
RSS
More Insights
Webcasts
Bolstering Your Enterprise Cyber Risk Assessment
Multi-Cloud Data Management for Modern Applications
More Webcasts
White Papers
Guide to Enabling 5G Deployments
Ransomware Security Breach Summary: Food Production
More White Papers
Reports
2021 Digital Transformation Report
[Report] 2021 State of IT & SecOps
More Reports