SEARCH
A minimum of 3 characters are required to be typed in the search bar in order to perform a search.
Announcements
Event
Discover the latest in hybrid work trends, including new technologies - Learn more at Interop.com!
Event
SupportWorld Live: May 15-20, 2022 | MGM Grand, Las Vegas, NV
PreviousNext
IT Life
4 min read
article

Priced at $29.99, the upgrade is available now for download in the Mac App Store and via Apple Stores, they said. To be ready to upgrade, Mac users need a system with Mac OS X 10.6.6 Snow Leopard installed.

Hardware requirements are what BYTE previously reported. OS X 10.7 requires an Intel-based Mac with a Core 2 Duo, i3, i5, i7 or Xeon processor and a minimum of 2GB of RAM.

This marks the first time Apple will be pushing out an upgrade to its desktop OS without DVD and primarily through digital downloads. Apple Stores are also assisting customers with the upgrade.

Apple also announced, as BYTE reported last week, a USB drive to be on sale in August for $69. That's all upside for Apple, analysts say, pointing out that the USB bulk cost to Apple is a small fraction of that. In addition, it's selling a $49 upgrade to Apple Server.

This puts the $29.99 cost in perpective -- and at least partially explains Apple's thinking behind pricing the downloadable upgrade so low. Apple is certain to profit greatly on USB sales, as many users want and need a backup install plan in case of system crashes and re-install needs. 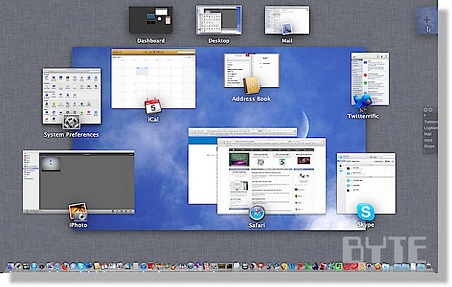 OS X Lion is "a solid upgrade with limited essential utility right now," says Adam Grill, analyst and group president at The Odyssey Group, a technology research firm in New York. "But (it) will be impressive when new hardware is out to take advantage of it, and that hardware is not far off."

Future hardware expected this fall also will include native multi-touch pads to allow users to better take advantage of gestures, added sources close to the company. Apple MacBook Air will soon be its entry-level system.

"The downloadable Lion update is an example of the decreasing importance of physical media," observes BYTE senior contributor Joey Kelley.

As BYTE news editors reported last week, the company looks to be gradually killing off all optical-based systems. When contacted, Apple reps neither confirmed nor denied that statement, but its announcements today telegraph the intentions here. There is a very real move away from optical-drive systems.

Apple is surely saving some bravado for later in the year when the new flavor of iOS and up to three new iPhones reportedly to debut. Apple refused to comment on that speculation also, but sources say the new iOS release is imminent.

Apple knows OS isn't "where the growth is going to be and it isn't putting the bulk of its development work there," says Rob Maxwell, lead incident handler for the University of Maryland and a BYTE senior contributor. With Lion, Apple is bringing together two different parts of its business.

"Lion is a small step toward unifying the iOS experience with that of OS X. It (Lion) is not so large or mandatory that traditional end-users will be put off, but it does open doors into OS X for iOS-only users who'd like to maintain that experience."

Lion is a big upgrade size-wise. At 3.76GB, it requires the latest edition of OS X Snow Leopard. Apple Store employees are available now to upgrade systems to Mac OS X (10.6.6) as they help customers with the Lion install. So far, teamBYTE staffers report little or no problems with the upgrade. We'll be following their experience in coming hours and days.