50%
Tweet
It looks like an important part of Apple TV's revamp has been delayed. Media conglomerates and Apple are stuck in place after months of negotiation rights to streaming live TV to Apple customers.

It looks like an important part of the revamp of Apple TV, which many were talking about just weeks ago, is off the table.

Difficulties in negotiations between Apple and television content providers such as CBS and 21st Century Fox have resulted in the company pushing back the launch of its Live TV service into 2016, instead of next month.

According to a report in Bloomberg Business, which cited unnamed sources familiar with Apple's plans, the company was aiming to launch the live television over the Web streaming service sometime this year, but will now have to shoot for 2016.

This means shelving the expected launch of the service at an Apple media event in September, although the sources said the company still plans to debut a new and improved version of its set-top Apple TV device, albeit one that still requires customers to have a cable TV or satellite subscription already.

The sources were also quoted as saying that in addition to the glacial pace of licensing negotiations, Apple has privately conceded it does not, at this point, have enough networking capacity to give customers a top-notch streaming experience. 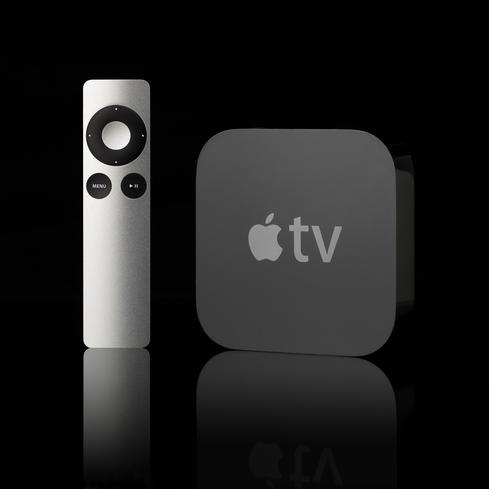 The main sticking point, the article suggests, is finding a price all the players can agree upon, with Apple looking to offer a mix of channels for just $40 a month, far below what the average consumer pays for a monthly cable bill.

With sales of Apple's main revenue generation, the iPhone, expected to slow as the global smartphone market approaches the saturation point, the company is looking to streaming services to keep company growth consistent. Apple is also expected to debut the iPhone 6s at the September event with the new Apple TV.

A deal should be possible as content providers look for a major technology company -- Apple, in this case -- to help content providers and legacy media companies like NBC and Fox make the switch to customers seeking streaming media options, but talks have been grinding on for months, the sources said.

[Read about the launch of iPhone 6s in September.]

Michael Oh, CTO and founder of Apple specialist TSP, told InformationWeek: "My guess is if the rumor of them getting close to release was true, and the rumor of the delay is true, is that’s really more of Apple being Apple -- they’re not going to release something this big unless it has the partners that it needs to be a massive success from day one. Apple Live TV can’t be a flop, so they’ll make sure that everything’s lined up for it not to be."

Daniel Ives, an analyst at FBR Capital Markets, told Bloomberg that such a deal would also be a boon for Apple, and could bring in between $2 and $3 billion in revenue by 2018.

"Streaming TV would provide another future growth avenue into the next generation consumer," Ives told the publication. "It represents the next frontier for [Tim Cook and company]."

On the networking front, Apple is reportedly making a big push to upgrade its networking and data center infrastructure, thanks in part to streaming services like its new Apple Music platform and -- eventually -- live TV streaming over the Internet.

According to a June report in Bloomberg, the investment will run into the billions and cross the US.

Apple wants to own its own connecting pipes between its four US-based data centers. In keeping with the company's innovative prowess, it is looking into new technologies that would allow it to move more data at faster speeds.

Nathan Eddy is a freelance writer for InformationWeek. He has written for Popular Mechanics, Sales & Marketing Management Magazine, FierceMarkets, and CRN, among others. In 2012 he made his first documentary film, The Absent Column. He currently lives in Berlin. View Full Bio
We welcome your comments on this topic on our social media channels, or [contact us directly] with questions about the site.
Comment  |
Email This  |
Print  |
RSS
More Insights
Webcasts
[Free Virtual Event] Managing Apps in a Multi-Cloud Environment
Effective Cyber Risk Assessment and Measurement
More Webcasts
White Papers
[Forrester Research] The State of Data Security & Privacy
2020 SANS Cyber Threat Intelligence
More White Papers
Reports
Special Report: The Changing Face of Threat Intelligence
Making the Financial Case for Outsourcing Endpoint Protection
More Reports

When this happens, and eventually it will, in one form or another, it will be the end of broadcast TV's major role in our society. Even cable TV, in its present form, is an addendum to broadcast TV. When this happens, it will mean a fundamental change in the way entertainment and information is disseminated. The broadcasters must realize this, and they want to be sure they are paid what this behemoth is worth, or at least position themselves to benefit from the revenue that Apple, or whoever else, eventually receives. This will fundamentally change a model that has been in place in the US since the 1950's. The ramifications are incalculable.
Reply  |  Post Message  |  Messages List  |  Start a Board

I can't wait for Apple to be able to offer a subscription service. And I think once people start using Apple devices with television, they aren't going to want to ever return to those horrible set top boxes one has to use with cable.

The way we view content via TV is changing significantly, and I'm not surprised if Apple is a big part of that push into streaming.
Reply  |  Post Message  |  Messages List  |  Start a Board
Editors' Choice
Hot Topics