Apple Watch? No, Thank You - InformationWeek

50%
Tweet
Apple has some convincing to do around its much-hyped Apple Watch: 67% of people are not eager to buy, according to our latest flash poll.

Don't be shy. Tell us how you really feel about the Apple Watch. Oh wait, you just did, in our latest flash poll.

We asked, "Are you considering buying an Apple Watch or other brand of smartwatch," and 585 of you took the time to weigh in the week of Sept. 15. Two thirds of respondents (66.84%) gave us a resounding, "No way!"

Just over a fifth of you (22.56%) said you want an Apple Watch. Things are looking even more grim for other smartwatch makers: Only 8.71% of respondents want another brand of smartwatch, while a mere 1.88% already own one.

Table 1: Are you considering buying an Apple Watch or other brand of smartwatch?

Personally, I'm holding out for this: 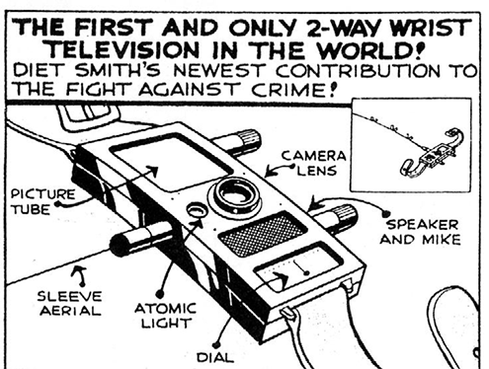 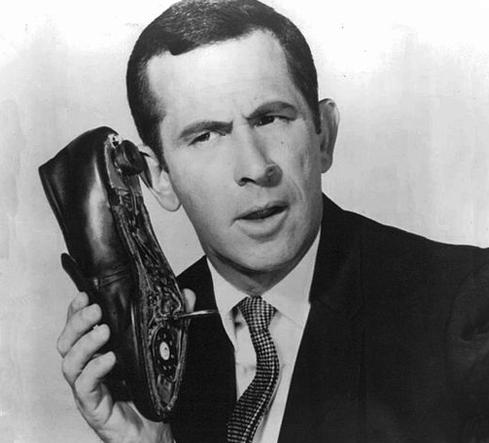 Actually, what I've really been waiting for is this:

Of course, I've also been waiting for flying automobiles, so I guess I've got expectations that exceed reality. If that's the case, it's possible I'm not alone.

Analysts at Gartner, Citigroup, and other prestigious organizations are predicting a rosy future for smartwatches.

Gartner forecasts that by 2016, smartwatches will account for 40% of wrist-worn devices. Gartner arrives at that conclusion, in part, by excluding traditional, non-connected wristwatches from its analysis. Rather, their wrist-worn devices definition encompasses fitness wristbands, such as FitBit, but not your Timex. According to Gartner: "Nine out of the top 10 smartphone vendors have entered the wearables market to date or are about to ship a first product, while a year ago only two vendors were in that space."

CitiGroup Research predicts that the market for smartwatches will grow from $2 billion in 2014 to $10 billion in 2018. Market research firm GfK polled a total of 5,000 smartphone owners in China, Germany, South Korean, the U.K. and the U.S. (1,000 in each country) in August 2014 to gauge interest in smartwatches and other wrist-worn devices. According to the GfK report:

With the exception of China, the price of a smartwatch is the most important purchase criterion in all surveyed countries. Functionality is named second in most countries, with the ability to monitor and display activity and health data in third. In contrast, Chinese consumers place the greatest importance on the accuracy of the smartwatch, followed by recording activity and the brand. In this respect, the strong interest for owning brand name products in China is clearly reflected in the findings. Well-known technology companies are named as the preferred supplier of smartwatches by respondents in all countries. They are considerably ahead of sports brands in second place. The Chinese market, above all, holds potential for luxury brands from the fashion and watch industries.

Buyers of traditional watches – at least those who can afford the high-end kind -- seem to lack the same price sensitivity being shown toward smartwatches.

According to the Wall Street Journal, exports of luxury Swiss watches reached $23.3 billion in 2013. Where Apple and the other smartwatch makers might be competing with traditional watchmakers is against brands such as Swatch, Skagen, and others that retail in the $100-$500 range. The question for me, though, is whether an either-or comparison is even appropriate.

Does a smartwatch really compete against a traditional watch? At the moment, smartwatches require a smartphone. Once that technical challenge is solved, it's far more likely that the smartwatch could become a replacement for our phones themselves. Until then, I plan to proudly wear my (decidedly low-end) traditional wristwatch and carry my smartphone in my pocket. How about you? Tell us what you think in the comments section below.

Susan I have to admit I am not signing up for the Apple watch. I admit I love my tech gadgets but I like the old fashioned romance of a watch. My timepiece still has roman numerals! That said today most of the younger people I meet feel watches as a category are obsolete and couldn't imagine spending money on the watch itself. While the smart watch sounds cool I could only imagine the battery life issues and the small display for an aging population. I also think it could be a huge distraction to those driving much more so than a smartphone.
Reply  |  Post Message  |  Messages List  |  Start a Board

@Susan: Would these younger folks be hipsters?

Because if so, I think that would rather damage your point instead of proving it.

As Esquire put it recently in a piece dubbed "The New Rules of 21st-Century Style":

"Hipsters are the locusts of personal style. They appropriate looks and sensibilities, eradicate all credibility, and then move on, leaving everything behind them a little worse for their having worn them. See: elbow patches, chunky eyewear, monk-straps, fedoras: The list is long and tragic."

Susan, I don't have a wearable yet but I'm going to buy the FitBit Flex wristband and put that to the test. I've been using my smartphone as an activity-tracker for exercise (I use the Nike+ mobile app). I'm bullish on smartwatches but they need to pass the mainstream smell test before I put money down. Very curious to see how the Apple Watch is received.
Reply  |  Post Message  |  Messages List  |  Start a Board

@Shane: A lot of fuctionality will need to improve before a smartwatch can replace a smartphone. And there will need to be pretty signficiant technology advances as well. We'd need significant advances in antenna design, for starters. Right now the average phone has, what, 5 antennas? It will be some time before a smartwatch can be designed to access WiFi and cellular and satellite the way our phones can.

Do you use a smartwatch now? or any kind of wearable device? If so, curious what youre experiences have been so far.
Reply  |  Post Message  |  Messages List  |  Start a Board

@Kristin: Thta's a key difference in my mind as well. With a smartphone, the more you used it the more you realized new featueres and discovered new apps, integrating it into your daily life. In their present form, I don't see smartwatches having that same appeal, at least not in the near time.

What do you think will be the feature or app that makes smartwatches achieve mass appeal?
Reply  |  Post Message  |  Messages List  |  Start a Board

@ANON1242835803181: this is exactly the reason I returned to wearing a traditional, analog wristwatch. I was tired of having to fish around in a purse or reach into a pocket for my phone when I wanted to know the time.

It's also turned out to be quite handy in meetings, as I wear a watch with a rather large face that can be easily seen across a conference table. All I have to do is turn my wrist, lift my sleeve and the person across from me can see the time, which is a subtle way of reminding them that our meeing might be running over without me having to be rude about it.

for me, the appeal of watches is a matter of convenience as well as a matter of appreciating their design and engineering. The idea of big old blinking plastic thing on my wrist just doesn't do it for me.
Reply  |  Post Message  |  Messages List  |  Start a Board

@msims20701: The iDon't. Ha! love it! There are plenty of other Jetson's things I'd much prefer to see before the Apple watch. Like Rosie, the robot maid. Now that would be truly life-altering. I'd even camp in a queue overnight for that one.
Reply  |  Post Message  |  Messages List  |  Start a Board

@Joe: While the smartwatch in its current form leaves me unimpressed, I disagree with your assessment of who wears traditional watches. I've been seeing quite a few of the mid-priced kind cropping up on younger people and as a fashion statement. Of course, you'll always have the status luxury watch folks flaunting their timepieces, some people do just want to be able to tell the time without taking a device out of their pocket.

The pocketwatch was replaced by the wristwatch many moons ago for one simple reason: it's simple and effective.

@[email protected]: You are seeing enthusiasm in your circle for the new phones? It certainly seems that Apple hasn't lost its edge there yet, despite what many critics have said about them.

What is it, do you think, about the Apple watch that is leaving many people feeling "meh."
Reply  |  Post Message  |  Messages List  |  Start a Board

@Ariella: Good line of thought there, a traditional watch falls into a gray area where it's a jewelry/fashion statement if you choose to wear one, while it also has a functional purpose. What's missing for me in the smart watch arena is anything that has a really advanced, appealing form factor or design appeal. Frankly, they're ugly in my view and not something I would want to sport on my wrist.

More Informa Tech Live Events
The Threat From the Internet - and What Your Organization Can Do About ItEnabling a Smooth DX Transformation in the Post-Pandemic New TomorrowThinking Like an Attacker: Strategies for Defense