Apple is ready to enter the wearables market, but current technology only gets the company halfway there. 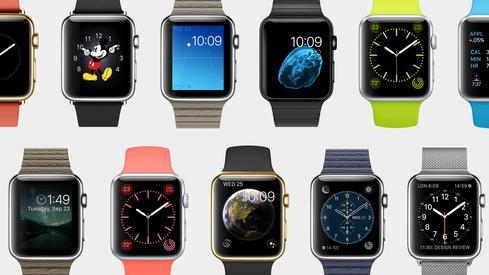 Apple CEO Tim Cook describes the Apple Watch as the next chapter in Apple's story.

"We've been working incredibly hard for a long time on an entirely new product," he said during Apple's media event Sept. 9. "And we believe this product will redefine what people expect from its category."

In terms of quality, design, and capacity to delight, the Apple Watch appears likely to do that, once it actually ships. Expectations for wearable devices are fairly low. The watch's ability to share sketches, to function as a walkie-talkie, and to transmit taps and heartbeats translated into pulses should make it fun to wear. And for many Apple customers, that will be enough.

But as a general-purpose productivity and communication tool, it falls short of a smartphone or tablet. By definition, it must: It is an accessory that requires an iPhone for network connectivity, not a stand-alone device.

Apple Watch can do certain things well, like track activity, but so too can more specialized, less expensive devices like Fitbit. Scroll down the list of Apple Watch features on Apple's website and you'll find almost nothing Apple's iPhone 6 can't do. And the iPhone 6 will last longer while doing it, because of its larger battery.

The Apple Watch should tempt plenty of people, but not so many as Apple's iPhone, iPad, or iPod. It is just "one more thing" to manage among the many devices in our lives.

But Apple and all the other companies that have been thriving during the mobile boom have a problem: Battery technology has not advanced as fast as processors, memory, or other device components. The lack of power-hungry WiFi and cellular radio hardware in the Apple Watch testifies to that fact. If important services like Siri could run locally instead of being tied to the cloud, Apple could avoid stuffing power-hungry radio circuitry into its mobile devices without requiring a smartphone for network access. But even if that were the case, Siri doesn't work flawlessly enough to displace manual controls. Apple could have dispensed with its watch's rotary dial control entirely if Siri could reliably understand and execute spoken commands.

The fact is no one yet has commercialized the technology necessary to create a product as transformational as the iPhone, a user-friendly, portable touch-based computer that makes phone calls! Technologies capable of powering the next revolution -- like the ant-sized, self-powering radios recently developed by Stanford researchers -- may be emerging in labs, but they have yet to make it to market.

Until that happens, we should temper our expectations. There's still a lot to appreciate in Apple Watch, iPhone 6, iPhone 6 Plus, and Apple Pay. The new iPhones address gaps in Apple's lineup and should be particularly compelling with iOS 8, which includes a number of sharing features that will make life easier for households with a lot of different Apple devices.

Here's a glimpse of what to expect as Apple turns to fashion to dress up its technology.

Agreed. NFC and mobile payments have been around for a while, but they've been either imperfectly implemented  or offered on devices that don't apeal to the right demographics. Apple has both the right users and, from the look of it, the best implementation. As Tim Cook and others at Apple are fond of saying, it's not always about being first.
Reply  |  Post Message  |  Messages List  |  Start a Board

Congratulations on your healthy fiscal habits-- lots of good advice in your post, underneath the iBashing. But this bears mentioning: Though some people use iPhones and other smartphones to waste time (and money) on frivolous apps, others use the devices to be more productive, and others still make money from the new mobile economy that iPhones helped popularize. While upgrading to every new iDevice can lead to financial ruin if you're not pretty well paid, iOS devices nevertheless present plenty of financial benefits-- not just for Apple, but for the larger tech industry, and users. Also, while "steak tastes on burger budgets" cause problems, I'd caution against overstating this concern to the exclusion (or mitigation) of others; to imply that we should only focus on personal responsibility rather than macro-scale economic forces is to give lawmakers a pass for their incompetent and often questionable policies, for example.
Reply  |  Post Message  |  Messages List  |  Start a Board

Given recent events, I was intrigued when I learned Apple Pay works without the retail store storing your credit card data. But users will have to be sold on the security of the whole chain of events and ecosystem, of course.
Reply  |  Post Message  |  Messages List  |  Start a Board

Apple Pay is the blood in the machines (to reluctantly quote Bono). Apple Pay is the core of Apple's next few chapters. It is the long game. Most stores don't like or use NFC because in the past they've invested a lot of money in NFC readers that just sat there unused. If there's demand, you can bet NFC holdouts like Best Buy and Wal-Mart will get back onboard. But Apple Pay needs to win them over.
Reply  |  Post Message  |  Messages List  |  Start a Board

Clearly, Apple is the root of all evil
Reply  |  Post Message  |  Messages List  |  Start a Board
InformationWeek Is Getting an Upgrade!