An IDC report finds augmented reality and virtual reality technologies have a bright future, with revenues growing to $162 billion by 2020. The study finds AR and VR will offer major applications for healthcare and product design.

Worldwide revenues for the augmented reality (AR) and virtual reality (VR) market are projected to grow from $5.2 billion in 2016 to more than $162 billion in 2020, according to a report from IT research firm IDC.

That represents a compound annual growth rate (CAGR) of 181.3% over the next four-year period, with sales of AR and VR hardware generating more than half of worldwide revenues throughout the forecast period.

While revenues for VR systems, including viewers, software, consulting services, and systems integration services, are forecast to be greater than AR-related revenues in 2016 and 2017, IDC forecasts that augmented reality revenues will surge forward after 2017, hitting critical mass in health care delivery, product design, and management-related use-cases.

In the Aug. 15 report, Tom Mainelli, vice president for devices and AR/VR for IDC, noted:

The rise of new, less expensive hardware will put virtual and augmented reality technology within the grasp of a growing numbers of companies and individuals. But as always, what people can do with that hardware will depend upon the applications and services that power it. In the coming years, we expect developers to create a wide range of new experiences for these devices that will fundamentally change the way many of us do work.

Interest among major tech companies in AR has been growing in recent years, as Microsoft -- with HoloLens -- Google, and Apple have invested in the sector with new hires and startup acquisitions. 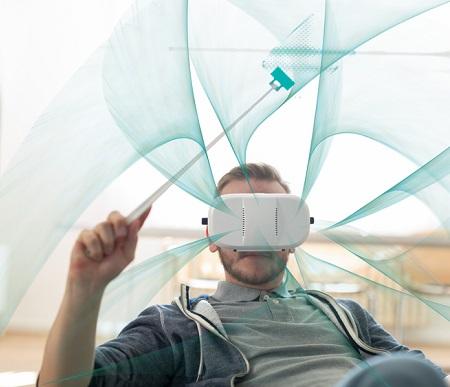 An unnamed Google spokesman recently told technology blog Engadget that the company is still working on a secretive device that would blur the boundaries between VR and AR.

Meanwhile, Microsoft's Windows Holographic, a version of Windows 10, is designed to power mixed-reality experiences. It contains a holographic shell and interaction model, perception APIs, and compatibility with Xbox Live.

Redmond plans to extend this platform to OEM, ODM, and hardware partners so they can create mixed-reality devices, PCs, displays, and accessories with the platform.

Windows Holographic will be compatible with devices that include technologies ranging from immersive VR to untethered holographic computing.

In a recent interview with The Washington Post Apple CEO Tim Cook briefly acknowledged the company's interest in the technology, but left much to the imagination.

When asked about AR or VR, Cook made a coy reference, referring to them as a "core technology" but saying little else about his thinking or the company's overall plans.

Meanwhile, Apple continues to bolster its roster of virtual reality and augmented reality specialists with the hiring of Doug Bowman, a former interactive computing researcher at the Center for Human-Computer Interaction at Virginia Tech, according to a Financial Times report.

Nathan Eddy is a freelance writer for InformationWeek. He has written for Popular Mechanics, Sales & Marketing Management Magazine, FierceMarkets, and CRN, among others. In 2012 he made his first documentary film, The Absent Column. He currently lives in Berlin. View Full Bio
We welcome your comments on this topic on our social media channels, or [contact us directly] with questions about the site.
Comment  |
Email This  |
Print  |
RSS
More Insights
Webcasts
Monitoring the Invisible - Digital Experiences in a Zero Trust World
Fact or Fiction? The Truth About Cloud Native Security
More Webcasts
White Papers
Accelerate Network Operations Efficiency with AIOps
Ransomware, the Exploding Cyber Threat
More White Papers
Reports
Gartner's Top 9 Security Trends in 2020
Are We Cyber-Resilient? The Key Question Every Organization Must Answer
More Reports