CEOs at publicly traded US companies will soon have to announce how their own salary compares to median worker pay at their organizations. What will this mean for tech companies and IT professionals?

After several years of foot dragging, the SEC passed a rule Wednesday that will require CEOs at publicly traded companies to report their pay in relation to the median salaries in the rest of their company. Multiple CEOs, of course, have opposed the rule for several years, but it is required as part of the Dodd-Frank Act passed in 2010.

As a concession, CEOs will only have to report the number every three years starting in 2017. And they can count 5% of foreign employees (which could raise or lower the ratio depending on what business they are in and where they conduct it). There is a bill in Congress sponsored by Republicans that would repeal this part of Dodd-Frank, but assuming it doesn't pass, what does this mean for IT professionals, and those working for tech companies in particular?

The purpose of the rule is to point out pay inequities between CEOs and everyone else. In 1978, the top CEOs at publicly traded companies were paid, on average, 30 times the median salary of their employees. Last year, CEOs made 300 times that of the median worker. In the same time period, CEO pay rose 997%, while the rest of us saw our pay rise an average of 10.9% The point of the rule is to at least give the information to investors when they vote to approve CEO pay. Some proponents of the rule hope that seeing those numbers will lead shareholders and others to call for reducing CEO salaries relation to median pay. 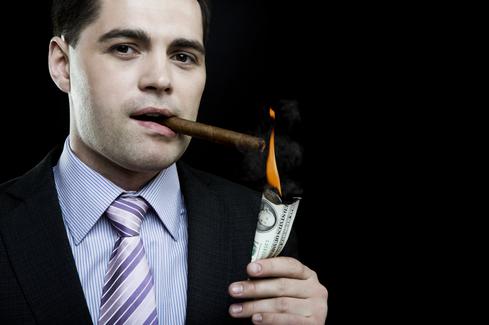 The question of CEO pays has come up enough in the news lately, that I believe this will have some small effect on the CEO-to-median salary ratio. You may see some small raises for employees in order to make the numbers look more acceptable on reports. You'll likely see ratios played with, the way retailers play with prices in stores. For example, If a CEO is paid at 100 times the median value, you might see small raises to get that number to 99 times instead. Dropping one digit looks much better, doesn't it?

Tech CEOs are less likely to come under scrutiny than those working in many other industries. For exampmle, unlike a CEO at, say, a manufacturing firm or retail chain, which may employ a high number of minimum-wage workers, many tech companies are paying top dollar for talent. For example, Disney CEO Robert Iger made roughly $46 million last year. Yahoo CEO Marissa Mayer made $42 million. Median salary information is difficult to break down, but Disney pays thousands of employees starting salaries of $10/hr at its theme parks. According to Payscale.com, Disney doesn't pay its IT people as well as the average either (compare Disney and Yahoo), probably because they don't live and work in Silicon Valley. In other words, Iger's ratio of pay to median salary will probably look much worse than Mayer's.

With that example, I think it would probably also be a good idea to show CEO salary to corporate profit (or at least revenue) as well.

Another thing to consider is that we're mostly talking about the pay of CEOs at very large companies. The average CEO salary in the US, according to Payscale.com is $155K per year. That's decent money, but it shows how many small companies are pulling down the average. It also shows how much stock makes up the vast majority of a CEO's real pay.

[ Of Course, CIOs aren't doing badly either. Read IT Salaries: It's Good To Be The Chief. ]

What's interesting is how many tech companies are still in startup mode. The SEC rules only apply to publcly traded companies. So, unless management chooses to make such information available, IT professionals working at private startups don't get to see how much their CEO makes, or even what the median salary is at their company. In addition, CEOs at startups are often paid reasonable rates because they know as a founder (or early leader) they’re in line for the big money when an IPO or sale happens. If you work at a startup, you might be making more than your CEO right now, but you won't see nearly the same income bump if the company succeeds.

Exactly how much the new SEC rule affects you mostly depends on how the public and investors respond to the comparisons. Will investors balk at paying a CEO 300 or more times the median salary of their employees or won't they? How much do they think the CEO is really worth to the bottom line? Even if investors keep approving vast compensation packages for CEOs, will the information cause a backlash?

It's too early to tell, but if I were an IT pro without aspirations of being a CEO, I'd be pretty happy to hear about this rule. It might not help, but it can't hurt. And it might bring us all a few steps closer to income equality.

David has been writing on business and technology for over 10 years and was most recently Managing Editor at Enterpriseefficiency.com. Before that he was an Assistant Editor at MIT Sloan Management Review, where he covered a wide range of business topics including IT, ... View Full Bio
We welcome your comments on this topic on our social media channels, or [contact us directly] with questions about the site.
Comment  |
Email This  |
Print  |
RSS
More Insights
Webcasts
Monitoring the Invisible - Digital Experiences in a Zero Trust World
Leveraging Infrastructure as Code to Streamline Security & Operations
More Webcasts
White Papers
Policy as Code Guide - Design, Build, & Runtime
Incident Readiness and Building Response Playbook
More White Papers
Reports
CVE Weaponization Report
Why You're Wrong About Operationalizing AI
More Reports