18 comments
Comment Now
Hillary Clinton isn't the first politician to have committed a data compliance faux pas when it comes to email. CIOs, compliance departments, and privacy officers would do well to learn from the mistakes of those who screwed up before her. 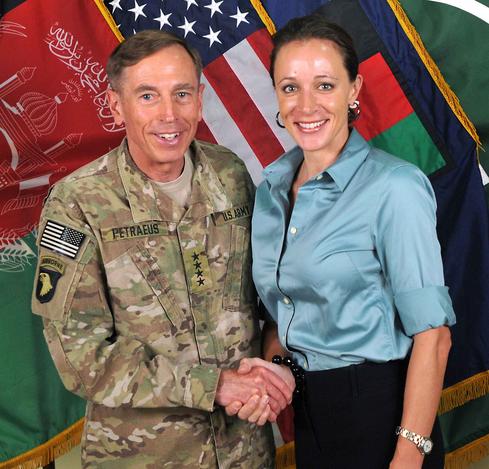 Paula Broadwell, biographer of then Director of the CIA David Petraeus, was found to be having an affair with her subject, and Petraeus had reportedly leaked classified information to Broadwell. The affair came to light during an FBI cyberstalking investigation. Petraeus family friend Jill Kelley was the subject of a cyberstalking campaign that was allegedly conducted by Broadwell. Of big help to the FBI's investigation was the fact that Broadwell shared a Gmail account with Petraeus. The two used the "Drafts" folder of the account to communicate -- deleting and replacing each message. Gmail metadata eventually led the FBI to Petraeus.

The scandal stalled -- if not ruined -- multiple careers. Broadwell lost her security clearance, and Petraeus was forced to resign. Petraeus is also facing two years of probation and a $40,000 fine subject to a plea bargain with the Department of Justice (DOJ) for unauthorized removal and retention of classified material.

(Image: US Government via Wikimedia Commons)

Does the blame line with Mrs. Clinton or does it live with the technology infrastructure that the government has given their employees and how they educate them on using it ?
Reply  |  Post Message  |  Messages List  |  Start a Board


The discussion raises another issue should someone who has a high ranking government official have a private server at their home or should all their communications be secured? Personally I think if you are at the level of secretary of state the government should be implementing an IT infrastructure at your home and other primary residences that is highly secure. After all it's only our national security!


For all companies and governments the issue has to be why is someone using a personal account? If the reason is that they don't want accountability for their email communications then that is a specific issue related to their ethics. If the issue is that the email account from the government or company does not enable effective communications then there is another issue. In the early days of corporate email there were so many limitations we often use personal accounts for speed and to be able to send large documents. If this was the case then there is an issue that should be addressed with government technology effectiveness. If there was another issue then it's an issue with national security that should be addressed.

>"What IT should do to fight corruption in Washington DC?"

Seeking a Competitive Edge vs. Chasing Savings in the Cloud Joao-Pierre S. Ruth, Senior Writer,  7/19/2021
White Papers
How to Plan for Endpoint Security Against Ever-evolving Cyberthreats
Definitive Guide to Secure Remote Access
SUNBURST: Mapping Malicious Activity Using Farsight Historical Passive DNS
Cyber-Resilience Is a Must Have in the Next Normal
Powering Digital Transformation