For students and CIOs alike, the question is whether code schools offer a ticket into the high-tech world.

7 Android Apps We Love For Work
(Click image for larger view and slideshow.)

How can you tell an important social shift from a quickly shifting fad? That's a question entrepreneurs hope to have answered with recent consolidations in the ranks of online code schools. For students and CIOs alike, the question is whether these schools offer a ticket into the high-tech world or just another trendy thing to talk about at the local coffee shop.

As the push to get people into tech-industry jobs -- part of the broader push to get more people into "STEM" (science, technology, engineering, and math) fields -- has accelerated, the number of schools offering online training in programming has grown. Plural Sight, CodeSchool, CodeAcademy, Treehouse, Hack Reactor, and MakerSquare are just some of the options for people trying to learn how to bend computers and mobile devices to their will. In addition, countless local maker spaces and coding classes have sprung up in neighborhood meeting places, libraries, and even coffee shops, as programmers share their knowledge about programming and software deveopment.

The real question is whether any or all of these courses actually turn a "civilan" into an enterprise-ready programmer.

[ See how GE Capital Treasury's CIO is addressing the IT skills gap. Read 3 Tips For Minding The IT Skills Gap. ]

This is a more complicated question than it initially sounds, because the answer carries you deep into almost metaphysical territory. What, at its heart, is programming? Art? Craft? Trade? Profession? And what separates "enterprise ready" from a talented youngster who can program a Raspberry Pi to control a complex robotic system? These are the sort of issues that sit beneath questions of training and qualifications.

Those who argue in favor of more formal training (university degrees, for example) say that the critical piece of the job-ready skill set missing from online code classes is, essentially, "thinking like a programmer." In a June 2014, piece titled "We Can Code It," Mother Jones magazine wrote about the way programming is being taught and what those methods mean for the students. In a segment on results, author Tasneem Raja wrote, "As the cities that have hosted Code for America teams will tell you, the greatest contribution the young programmers bring isn't the software they write. It's the way they think. It's a principle called 'computational thinking,' and knowing all of the Java syntax in the world won't help if you can't think of good ways to apply it." 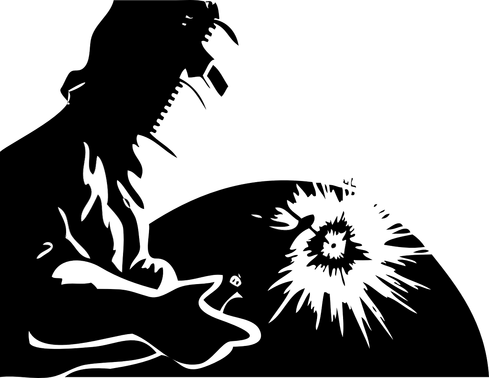 For many executives and programmers, coding is better thought of as a trade than a profession.

The opposite approach to programming was described in a Wall Street Journal article from August 10, 2014, with the very direct title, "Computer Programming Is a Trade; Let's Act Like It." (Note: This article is behind a paywall.) In this article, Christopher Mims wrote, "Computer programming, in other words, has become a trade. Like nursing or welding, it's something in which a person can develop at least a basic proficiency within weeks or months."

Mims refers to companies such as Facebook that put all new programming hires, no matter their academic pedigree, through a six-week training program that includes instruction in programming "the Facebook way." Mims points out that the equal treatment of all hires means that Facebook doesn't see a

@kstaron, I think that the people I want to hire don't need a college degree to teach them how to code. A course in coding, perhaps, but they're going to have the basic intellectual tools to hang in and do a decent job as a coder just because that's the way they approach life.

On the other hand, someone who gets the CS degree "because the guidance conselor said the money was good," can get the sheepskin and the credentials and still be someone I want to avoid like the plague when it comes to hiring. Becoming a good programmer is about much more than just knowing the syntax of a language.
Reply  |  Post Message  |  Messages List  |  Start a Board

Once, when my husband's company was hiring they went through several candidates, none of them being able to work through a fairly basic logical computer problem. He explained the problem to me and I told him how I would do it. He told me I was correct. I took a whopping 1 computer skills class in college. You don't have to have a degree to 'think like a programmer', but having one doesn't mean you have that way of thinking either. I already have a Master's in another field. If I wanted to make a change and head more to the computer coding side of things, I know I wouldn't go back to a traditional school to get the experience I need. Partly is because I already learned how to think like a programmer, now it's just a matter of learning how to code. What's right for you depends on where you are and where you've been. How many people do you know that need the experience of coding but already 'think like a programmer'?
Reply  |  Post Message  |  Messages List  |  Start a Board

Has everyone forgotten the pre-Computer-Science-degree days of the early 1980s and prior?  Programmers doing their jobs using IBM Assembler language and COBOL were usually trained on the job.  Plenty came from two-year (or less) schools like ITT Technical Institute where they learned how to write code.  Insurance companies like John Hancock hired people off the street as COBOL programmers if they had a high school diploma and passed the company's aptitude test.  Former computer operators and some secretaries were given a chance to try their hand at programming.  If it didn't work out, they just went back to their old job.  As a former COBOL programmer myself who took night courses in that language and Assembler and Pascal, I worked with some very sharp people in the '80s, none of whom had a degree in Computer Science and some with no degree at all.  We used compilers; we didn't write the darn things.
Reply  |  Post Message  |  Messages List  |  Start a Board

Learning how to code is all about a person's traits. Some people learn best in a classroom. Others learn by doing.

Online classes for coding have their place. So do traditional schools. I think there is room for a number of different approaches to getting people learning how to program, and that there is no one size fits all for this sort of thing.
Reply  |  Post Message  |  Messages List  |  Start a Board


Really interesting arguments for and against Online learning ( in this case coding/programming ).


My feeling is these are great opportunities to understand the foundations of languages and to digest the concept.


Of course the issue of real world ability raises it's ugly head, but I really believe skills and learning are what you make them.

To create good code, you need not only be proficient in programming language but also solid knowledge about data structure, algorithm and so on. It's not tighted to university degree but all in all, you need to be solid and possess systematic knowledge instead of just learning coding itself in school.
Reply  |  Post Message  |  Messages List  |  Start a Board

There's nothing special about you just because you have a technical degree.

If I can do the job, it shouldn't matter if I have a technical degree or not.

And so on. If that's going to be the attitude, and it is, why should anyone bother to go university,  give up 4 or 5 years of his or her life and amass $200,000 in debt to get a degree in IT, EE, or physical science? If society won't pay for it, don't expect masses of people to continue to do it.

The Edisons or the world will beat out the Teslas. Thinkers will be replaced by tinkers.

The most interesting thing about this debate is that it's sort of gotten all up in our faces before we've really had a chance to sit down and talk about the basics. On one end, we have app makers and game developers who are building their stuff and becoming successes not only without going to school, but without making any inroads into the traditional industry at all. On the other, we have monolithic companies that want to make these innovations, but won't even look at these people for entry-level positions. How did that happen? I was talking with a friend who graduated from a top technical school with a 4-year degree recently, and he suggested that all IT work should be reclassified as a trade. His father, an accomplished carpenter, gave him the idea. In that field, everyone has their specialization to eliminate redundancy and ensure high quality. It wouldn't make sense for them all to go to college.

There are many factors at work here. The ubiquity of high-speed internet is one. You could teach yourself programming in the 90s, but it was quite a bit harder. Digital marketplaces like Google Play and Steam play a role too. I think growth within the industry also went without proper adaptations being made. IT's responsibilities have expanded to include anything and everything technology related - it's no wonder just a handful of degrees can't account for all the job titles and responsibilities. You can't get a 'cloud' degree, but you can certainly be expected to be a cloud specialist. This extends to programmers. Are you UI? UX? just because you're a C++ developer doesn't mean you can develop for every platform C++ code can run on. I wholeheartedly agree that traditional schooling needs to be dropped a peg, and other options need to be moved up, but there's more to it than that.
Reply  |  Post Message  |  Messages List  |  Start a Board
Editors' Choice
Hot Topics