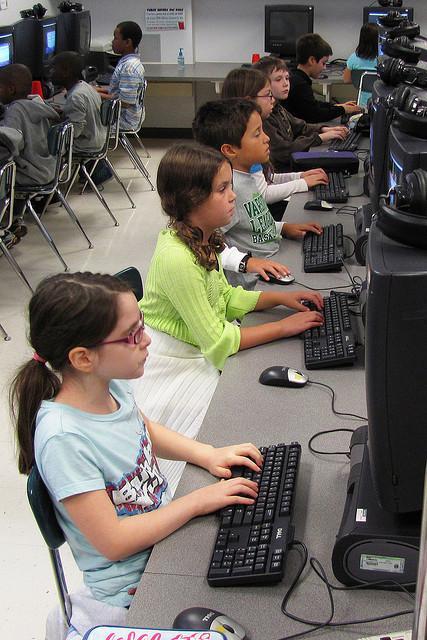 I would be interested in what made her want to be a data scientist. For women in science, you have to want it. If you don't really want a STEM job there plenty of other desirable jobs you could have with a lot less work. Finding ways to make girls interested in STEM fields in a way that opens up real interest in the underlying processes needed to be successful is one really good way to get more women into STEM. With future STEM girls in my house who have never heard of the term data scientist, I wonder if it's something they will think about after their current dreams of being either a vetrinarian or a lego master builder. The more I learn about what different jobs there are the more I wonder where my guidance teacher was hiding all these neat jobs.
Reply  |  Post Message  |  Messages List  |  Start a Board

jries, I don't think a focus on numbers is counterproductive. It should be the end all be all goal --- let's get this number to X by 201X! That's where you get into problems of perhaps pushing people in positions that don't really belong in those positions, simply to make a number, which then ultimately hurts the cause in the long run. I know of schools, for instance, that are seeking a certain class of people to become a certain percentage of the student body, and in trying to reach that percentage, they enroll members of that class of people who aren't entirely qualified ... and they end up failing out or doing miserably and that sours the chances in the future. That said, it's cliche and annoying but somewhat true: you can't improve what you dont measure.
Reply  |  Post Message  |  Messages List  |  Start a Board

She makes a good point in saying that 'male-dominated' carries a power-based connotation. I never put much thought into saying tech was a male-dominated industry, but that could intimidate young women thinking about entering the field.
Reply  |  Post Message  |  Messages List  |  Start a Board

The flute section of just about any high school, college, or community band in the country is a girl's club and has been for decades, but male flautists are still generally welcome (and even greatly appreciated by their female fellows).  For most of the first two or three years I played in the community orchestra I've been part of for the last eight, I was the only male cellist and that was perfectly fine (right now, I'm one of two).  The vast majority of brass players in the USA are male and that has, as far as I can tell, always been true; but there are still a fair number that are female and they're generally accepted.

Says me, the fact that the vast majority of computer professionals are male is only a problem to the extent that women who want to enter the field are excluded or steered elsewhere.  Thus the goal is to focus on interest and talent and to make sure that a girl geek is as welcome in any IT department as a girl trumpeter or boy flautist is in a symphony orchestra; to that extent, a focus on numbers and partity is counterproductive.

@jastroff It's true for other industries, as well. A couple of years ago, I covered a Bitcoin conference. I'd say it was about 70% male for the people in attendance and about 80% for the speakers.
Reply  |  Post Message  |  Messages List  |  Start a Board

@jeff - thanks -- interesting article and worthwhile

As a woman in IT for some time now, I'm used to attending events where there were/are only a few women in the room, or only a few clients are women. That's changing as well. But not always among the decision makers.
Reply  |  Post Message  |  Messages List  |  Start a Board

As someone who often writes and researches big data topics, I'm often struck by the fact that you can come across platforms in which you'd find only men or only one woman among 5 or more men.  I'm sure women are making advances, but there is still a long way to go.
Reply  |  Post Message  |  Messages List  |  Start a Board
Editors' Choice
Hot Topics