Elon Musk: Tesla Model 3 Owners Will Have To Pay For Charging - InformationWeek

Tesla cofounder Elon Musk said that giving the same free access to its network of Supercharger stations for Model 3 owners that Model S and Model X owners enjoy would be cost-prohibitive for the company.

Tesla's Model S and Model X customers never have to worry about cracking open their wallets to pay for access to the company's Supercharger stations when their electric vehicles run low. But owners of Tesla's mass-market $35,000 Model 3 won't be so lucky.

Tesla cofounder Elon Musk explained his reasoning behind what will likely be an unpopular decision with Model 3 owners, during a webcast of the company's annual shareholders meeting.

If the company hits its production goals, it will be faced with the potential of having to provide free charges to upwards of 500,000 Model 3 cars for the life of the vehicles, which would become cost-prohibitive. The free charges for life feature is currently offered to its high-end Model S and Model X owners. 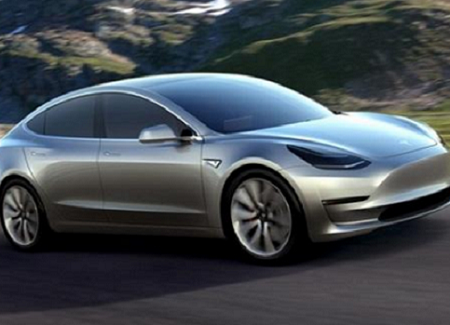 As a result, Tesla plans to make Model 3 owners pay for using the stations, unless they purchase a specific package. The cost of the package was not announced during the webcast.

"I want to emphasize what Tesla's motivation is, and that is to make electric transport as affordable as possible. That is what informs all of our actions," Musk said during the webcast. "So, if we do something where we charge for this, or charge for that, it is not because we want to make things more expensive. It is because we can't figure out how to make it less expensive."

The solution Tesla came up with was to "decouple" its long-distance for life program from its Model 3. But Musk tried to soften the blow by comparing the cost of an electric charge with the price of gasoline.

"It will still be very cheap and far cheaper than gasoline to drive long distances with the Model 3," Musk said. "But it will not be the long-distance for life, unless you purchase that package. I wish we could, but in order to achieve the economics, it has to be something like that."

The company also tried to downplay the change to its charging program by noting that Tesla owners would be better off spending the minute it takes to hook up a charge at home or at work and walking away, compared to sitting in the car at a Tesla charging station for upwards of half an hour.

Whether this disclosure by Musk this week will temper the crush of pre-orders for the Model 3 has yet to be seen.

Interest in Tesla's lower-end, mass-market electric vehicle has been keen, despite a rise in competition over the years with other electric vehicles by the nation's largest automakers such as Ford and General Motors. Now, as self-driving cars are gaining attention, with the goal of moving beyond the testing phase and into market sales as soon as possible, Tesla will potentially find another competitor for consumers' dollars.

Dawn Kawamoto is an Associate Editor for Dark Reading, where she covers cybersecurity news and trends. She is an award-winning journalist who has written and edited technology, management, leadership, career, finance, and innovation stories for such publications as CNET's ... View Full Bio
We welcome your comments on this topic on our social media channels, or [contact us directly] with questions about the site.
Comment  |
Email This  |
Print  |
RSS
More Insights
Webcasts
The Experts Guide to Ransomware Response
Multi-Cloud Data Management for Modern Applications
More Webcasts
White Papers
Using Farsight Passive DNS for Incident Response
Powering Digital Transformation
More White Papers
Reports
Intelligent Outcomes Are Key to Business Resilience
Building the SOC of the Future
More Reports