Fans of Tesla's gasp-inducing Ludicrous mode will be happy to know the acceleration boosting technology will be available for the Model 3.

Fans of electric car manufacturer Tesla will be pleased to know its upcoming entry-level vehicle, the Model 3, will come with the optional Ludicrous mode, an upgrade that allows for super-fast acceleration.

The decision was confirmed by none other than company CEO Elon Musk, who responded to a Twitter inquiry asking if the Model 3 would offer Ludicrous mode. Musk tweeted back with a deadpan "of course."

The acceleration option is already available for the Model X and Model. Tesla claims Ludicrous mode for the Model S decreases 0-60 mph time by 10%, to 2.8 seconds, and says the time to 155 mph is now 20% less than a standard Model S performance.

At the Model 3's public unveiling earlier this year, Musk said the standard Model 3, which will retail for $35,000 before incentives, will boast the ability to accelerate from 0-60 miles per hour in under 6 seconds. 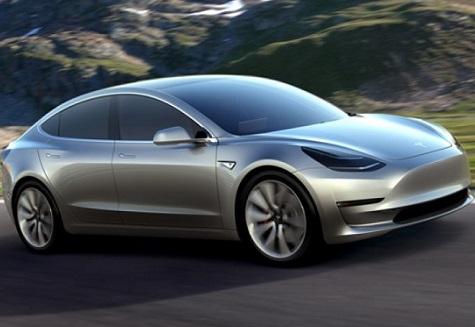 With a five-star safety rating, Tesla boasts the Model 3 will also be the safest car in its class. It will feature supercharging for long distance travel. It can seat up to five adults, and also boasts Autopilot safety features.

The major styling cue of the Model 3 is the lack of a front grille. The car doesn't need one because there are no ventilation requirements as with a combustion engine, but it will be seen whether customers (and critics) embrace a large blank space on the front of a vehicle.

All predictions of sales success for the Model 3 have been blown out of the water, since Tesla received more than a quarter million pre-orders in days.

The car isn't even expected to be available until the end of 2017 -- a target date that watchers of the delay-plagued car manufacturer are probably taking with a grain of salt.

In separate tweets over the weekend, Musk also revealed the Model 3 will be a rear-wheel drive (RWD) vehicle with an option for a dual-motor all-wheel drive (AWD) edition. He released a design sketch of the Model 3, and promised tokens of appreciation to those who lined up to put down their deposits in the mail.

"Demand was never really our concern. It is more about execution and getting production up to meet demand," he told CNBC.

By the time the Model 3 does hit the road there will be more competitors on the market, including General Motors' Chevrolet Bolt EV, which is expected to launch next year, carrying a price tag similar to the Model 3.

Spak also warned Tesla fans may not get their hands on a Model 3 before 2019.

Nathan Eddy is a freelance writer for InformationWeek. He has written for Popular Mechanics, Sales & Marketing Management Magazine, FierceMarkets, and CRN, among others. In 2012 he made his first documentary film, The Absent Column. He currently lives in Berlin. View Full Bio
We welcome your comments on this topic on our social media channels, or [contact us directly] with questions about the site.
Comment  |
Email This  |
Print  |
RSS
More Insights
Webcasts
Fact or Fiction? The Truth About Cloud Native Security
Leveraging Infrastructure as Code to Streamline Security & Operations
More Webcasts
White Papers
Policy as Code Guide - Design, Build, & Runtime
Incident Readiness and Building Response Playbook
More White Papers
Reports
CVE Weaponization Report
Why You're Wrong About Operationalizing AI
More Reports