Facebook accidentally leaked something called Teleportation Station and the rumor mill went wild. However, the rumors weren't that good, so we came up with something better. 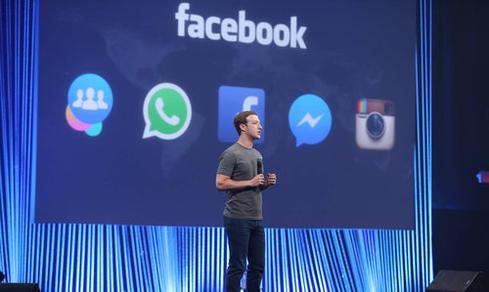 This is what happens when you accidentally leak something with a really cool name that wasn't intended to be a very big deal. When Facebook accidentally sent out a message early this week hinting at something called Teleportation Station, everyone created a big deal speculating over what the social media was trying to create.

A lot of other people thought that it just looks silly.

Facebook announced some interesting and useful things at F8 conference on March 25 and 26, but none of them was Teleportation Station, which was just an experiment with spherical video at their HQ. Mark Zuckerberg mentioned it once during his keynote and the folks in the station waved and that was all.

But the funny thing is that even the speculation didn't live up to the name.

People were thinking maybe Teleportation Station was the name of the developer platform for Facebook's Oculus Rift partnership. Others wondered if it was just an app test bed. In truth, while it did have to do with the Oculus Rift, it was really just a minor thing that gone blown out of proportion.

However, when you think about it, shouldn't something with that great name deserve to be something much cooler than even a developer platform?

Facebook has rising revenues, an expanding user base (despite the general impression that people are leaving for other social networks), improving mobile usage, and investments in Oculus Rift and machine learning. Surely, it could use all that strength to provide us something worthy of the name Teleportation Station.

Obviously whatever it is, given the name it should be about transporting something -- real or virtual -- or at least about a station where people can do something. Teleportation Station needs to be bigger than a developer platform and it needs to live up to the name. Here's what I think Facebook and Zuckerberg should have unveiled. Do you have a better idea? If so, let us know in the comments section.

@Zerox203- I love the Segway. I think it suffers from a price issue more than anything. If they ever get down in the price range of a good bike, I think it will still take over. But your point is taken. Sometimes the speculation is more fun than the reality.
Reply  |  Post Message  |  Messages List  |  Start a Board

Okay I wish the teleportation station could take me back in virtual time to meet really cool leaders and inspirations to my thought process . Now that would be truly cool and revolutionary technology .
Reply  |  Post Message  |  Messages List  |  Start a Board

@masimon- Yeah, I guess i might have given a cool idea away for free. Maybe this serves as copyright? :)
Reply  |  Post Message  |  Messages List  |  Start a Board

@vnewman2- Your friends are chattier than mine, I guess. :)

See, the thing you miss is that Zuck thinks you should talk to each and everyone of those friends the second they see you. That's what Facebook is about. And then you post an instagram of you chatting.
Reply  |  Post Message  |  Messages List  |  Start a Board

@cptdano- In case you didn't know, you can change that with a drop down menu. I used to keep the chronological option on. Now, what I've done instead that makes me even happier is that I unfollowed like 80% of my friends. I didn't unfriend them. I just got their clutter out of my newsfeed. I only kept the people who I really want to know about or who post interesting things. For the rest, I keep them around as Facebook game friends and I occasionally click on their wall to see what I missed. Made my social media life so much happier. Cut the time I used it. But didn't reduce the utility at all.
Reply  |  Post Message  |  Messages List  |  Start a Board

>What I would really love, is an EASY way to go stealth on FB messenger

If only Facebook's business model weren't based on identifying you...
Reply  |  Post Message  |  Messages List  |  Start a Board
InformationWeek Is Getting an Upgrade!