Federal Data Breach: 10 Things We Wish Were Hacked Instead - InformationWeek

Breaches will happen. But why attack regular people? Isn't there more interesting data to breach? 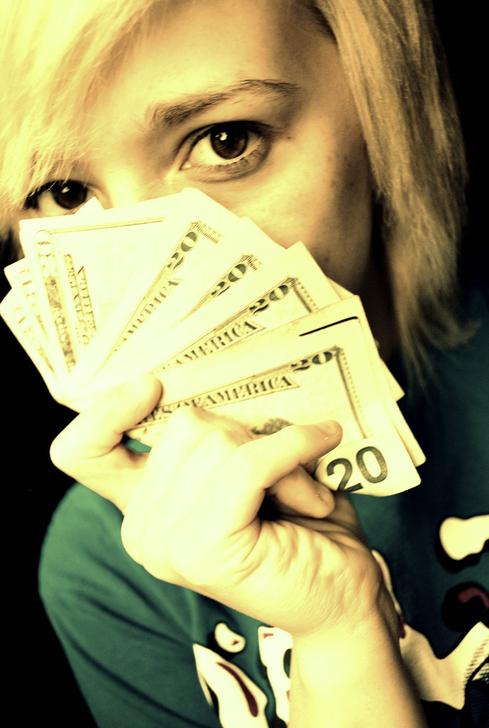 One of the worst security breaches of all time was revealed last week by the Federal Office of Personnel Management. The records of 4 million federal workers were exposed. These records can be used for spear phishing, identity theft, and potentially more frightening attacks on the US.

My reaction, of course, was one of horror. Then it became one of humor, because that's how I cope.

You can't help but think the hackers started stealing the wrong stuff. Why pick on the poor people who work for the government? Most of them are trying to earn a living and maybe help some people. Now, those people have to worry about their credit and whether they accidentally give up a password that leads to someone getting the missile codes. This is not cool.

There's so much better stuff to have taken if the hackers had thought about it for second.

Federal Breach: Data We Wish Were Hacked Instead

10. Barrack Obama's real golf handicap. Supposedly, it is 18. Look at this swing and tell me if that looks like an 18 handicap to you. (Mild adult language warning)

Mr. President, don't rise up so much and the ball will go farther than your phone.

9. The Oval Office security videos of Secret Service Agents sitting at the President's desk with their feet up smoking a cigar. You know they do it when he's not around. 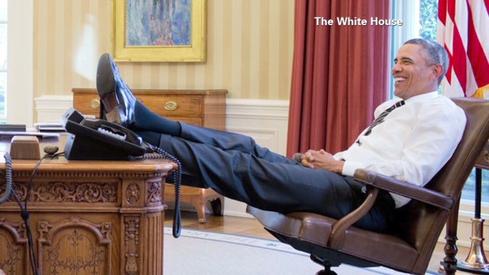 7. Your IRS Records. You know, while they're helping me out…

6. Michelle Obama's secret junk food bill. I'm betting she sneaks Twinkies when we aren't looking. No one is that perfect.

5. A final record of what happened to all those "W's." As many might remember, when the Clinton administration vacated the White House, they played a little prank on the incoming administration by removing the "W" keys from all the keyboards in "honor" of incoming President George W. Bush. After stories blew up (and blew over), we still don't know what happened to all those W's. It is possible they were turned into a portrait of Steve Jobs. 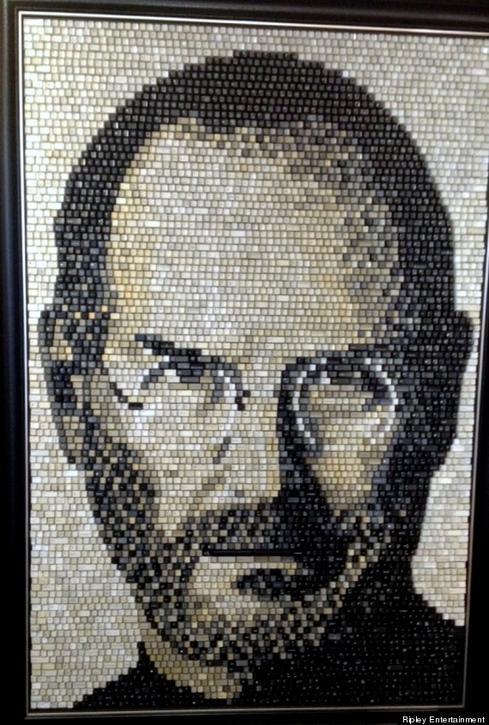 4. NSA logs. Frankly, I'd love to know if they actually stop doing what they say they're going to stop doing.

2. Joe Biden's Spotify playlist for workouts. You know it has to be epic.

1. The bill for White House Ghostbusters calls. Many people through the years, including Teddy Roosevelt and Margaret Truman, claim to have seen Abraham Lincoln's ghost in the White House. The best story is that of Winston Churchill, who claimed that as he climbed out of a bathtub and into his bedroom to get dressed he saw Lincoln standing by the fireplace. Churchill claimed to have said, "Good evening, Mr. President. You have me at a disadvantage." With that, Chruchill claimed the ghost laughed and left. Recent reports of the Lincoln Ghost are few and far between. I assume Bill Murray and Dan Akroyd rid the White House of its problem.

So, if you had hacked the US Federal Government's network, what data would you have taken? Tell us in the comments section below.

David has been writing on business and technology for over 10 years and was most recently Managing Editor at Enterpriseefficiency.com. Before that he was an Assistant Editor at MIT Sloan Management Review, where he covered a wide range of business topics including IT, ... View Full Bio
We welcome your comments on this topic on our social media channels, or [contact us directly] with questions about the site.
Comment  |
Email This  |
Print  |
RSS
More Insights
Webcasts
Bolstering Your Enterprise Cyber Risk Assessment
Monitoring Critical Cloud Workloads
More Webcasts
White Papers
Must-Read Research: Why Sustainable 5G Networks are a 150-Year-Old Problem
AWS Lambda Security Best Practices
More White Papers
Reports
2021 Email Threat Report
Enabling Enterprise Resiliency Through Cyberthreat Detection
More Reports

@Broadway0474- Ha! Well, I'm not saying it is all bad. The good guys have a much better budget. They have access to better tech, etc.
Reply  |  Post Message  |  Messages List  |  Start a Board

@Broadway- I'm sure that is the pitch. Then they get into the office and realize there is no Charlize Theron or Robert DeNiro or insert your favorite super spy actor here and they realize it is just a job.
Reply  |  Post Message  |  Messages List  |  Start a Board

Yeah, what we really need are programs that divert people to white hat security to begin with. Not so easy considering we can't even seem to convince enough people to go into IT at all.
Reply  |  Post Message  |  Messages List  |  Start a Board

@Broadway0474- Thanks. You are right. It is almost comically common these days. It almost makes me want to just publish my bank info online and see if anyone notices. The bad guys might be so busy stealing it, they wouldn't notice the free stuff. Then I remember I like eating and paying my mortgage. :)
Reply  |  Post Message  |  Messages List  |  Start a Board

@DeeRayT1820- No, not Rachel from Card Services! I love her. She has the same name and a similar voice as a good friend of mine. Every time I get a call, I think it is from her. :)

No, seriously, I'm torn on the whole hiring of hackers thing. There are two types of hackers in my experience. The ones that do it for the money and the ones that do it for the interesting job. Either way, you have to keep making sure that the money you pay or the job you are giving them is better than someone else can offer. I'm not sure that is a winning proposition. On the other hand, trying to beat those people with the "true patriots" is a losting proposition, too.
Reply  |  Post Message  |  Messages List  |  Start a Board

<My specialty is finding a way to find a silver lining in the middle of a disaster. :)> That's your superpower, David.
Reply  |  Post Message  |  Messages List  |  Start a Board

@zerox203- It is only big because of the target, not the number of people. But 4 million government workers means that 4 million people could be potentially targeted for spear phishing attacks that would help the hackers gain bigger access.

As for the China connection, many people believe it was the same technology that allowed chinese hackers to breach Anthem earlier. For more serious coverage, our friends at Dark Reading have covered it (linsk to stories in the article). We also talked about it with Sara Peters on our last InformaitonWeek Live radio show on Friday.

We actually do have a fair amount of info on this. I just didn't focus on that because our good friends at Dark Reading are much more in the know. My specialty is finding a way to find a silver lining in the middle of a disaster. :)
Reply  |  Post Message  |  Messages List  |  Start a Board

Ask Branson first. He's going to have the best party music and the best means of escape to another planet if things get really bad.
Reply  |  Post Message  |  Messages List  |  Start a Board

@technocrati- Let me know where you pick. We'll track to see how quickly that government also starts actively tracking population data. Sadly, i don't think this is a trend that is isolated to the US.
Reply  |  Post Message  |  Messages List  |  Start a Board
Page 1 / 2   >   >>
InformationWeek Is Getting an Upgrade!