Is an activity tracker for dogs a sign of an impending IoT tech bubble, a great idea, or both? Readers weighed in with a variety of opinions. What's yours?

InformationWeek readers sure do love their dogs (and cats). That message came through loud and clear in the howls I received after writing about a tech startup called Whistle that received $25 million in venture funding for its activity tracker for dogs.

Personally, I find the idea of a canine Fitbit ridiculous, but for some of you, a dog activity tracker makes a lot of sense. After all, we spend enormous sums on our domestic animals. According to the American Pet Products Association, Americans spent $55.7 billion on pets in 2013.

[ Is your best friend ready for FitBark? Read 7 Cool Wearables For Pets. ]

According to the Association, the largest outlay is for pet food, and more Americans are buying higher-quality food to help keep their pets healthy.

If pet health is a priority, maybe an activity tracker isn't such a stretch. 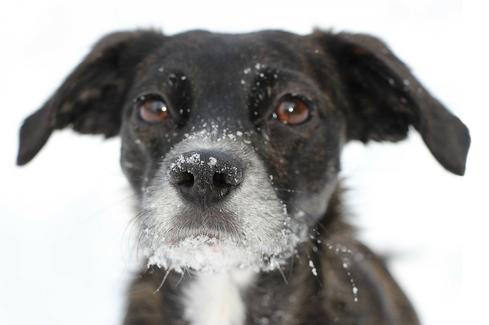 As one reader responded: "Whistle may seem to outsiders a stupid idea, but perhaps fitness tracking isn't the only thing it plans on doing. If it is going to track the overall health of a pet, I think a lot of people will pay for that."

Others saw a similarity between the activity tracker and the dot-com bust that rattled the tech industry in the early 2000s, when startups like Pets.com garnered millions in venture money yet still failed. Said one reader: "Reminds me of the days when Microsoft was notorious for throwing gobs of money at startups to keep them from growing to be threats -- this in the time preceding the dot-com bust."

Finally, this response from David Guzman, CIO at H.D. Smith, who contacted me via e-mail, makes a great point: It’s easy to roll your eyes at the strange ideas bubbling up from the cauldron of tech, but we shouldn't ignore what it means for the Internet of Things (IoT) in the long run.

"My view is that you can't throw out the baby with the bathwater," Guzman wrote. "I was at the Consumer Electronics Show, and while I see your point that some applications of the concept border on the ridiculous, it was clear to me that the trend is real and really will change life as we know it, hyperbolic as that sounds.

"While the dot.com bubble offers lessons, 15 years later, over 51% of all transactions during this past holiday season were online. So, bubble or not, spectacular failures or not, the transformation has taken hold.

"The Internet of Things will be akin to that, except on steroids. Almost everything you own or use, you will replace in the next decade. That augers well for the economy and will indeed transform life as we know it."

Guzman concluded: "Will some of it be stupid? Of course. But this train has left the station and is unstoppable."

Do you agree? Or are we wasting millions on silly ideas? Which IoT applications do you expect to change life as we know it? Tell us all about it in the comments section below.

Drew is formerly editor of Network Computing and currently director of content and community for Interop. View Full Bio
We welcome your comments on this topic on our social media channels, or [contact us directly] with questions about the site.
Comment  |
Email This  |
Print  |
RSS
More Insights
Webcasts
Nip Ransomware in the FUD: Detecting Attacks Pre-Encryption
Don't Miss This Cybersecurity Virtual Event
More Webcasts
White Papers
How to Build Your Incident Response Plan
Anatomy of a Modern Phishing Attack
More White Papers
Reports
Gartner Market Guide for Insider Risk Management Solutions
How IT Security Organizations are Attacking the Cybersecurity Problem
More Reports

Part of me find the idea of a fitness tracker for dogs silly, I mean really, if they are a bit chunky send them out to run around or something. But if it could be combined so I know where the little dog got to when he burrowed under the fence, or monitored the health of my ailing pet so I could give it the right medicine at the right time to live a few more months, I know loads of people who'd be willing to do that. Toward a pet's end, it's hard to let go and if there had been something to help mine live a little longer, have her feeling a little better, then maybe not so silly after all.

However on simply the fitness tracker, I'm having a hard time finding a reason for it. Would it come in handy training rescue dogs or show dogs or something?
Reply  |  Post Message  |  Messages List  |  Start a Board

A lot of the comments are looking at benefits beyond activity, such as location. It makes me think there must be a market for this kind of thing for kids. Activity, location, baseline health info, amount of sleep: there's lots of data that I can see parents wanting.
Reply  |  Post Message  |  Messages List  |  Start a Board

I don't think fitness tracking is the endgame here. I believe this is more about overall pet health, something owners will be able to monitor from afar with these devices.

Yes, on the surface this stuff sounds stupid. But I think wearable device makers are simply looking for ways to offer products consumers want, and they have to experiment in order to get there.
Reply  |  Post Message  |  Messages List  |  Start a Board

@Curt true, and people do like to keep tabs on their pets. Some people I know seem to worry about their dogs than their spouses!
Reply  |  Post Message  |  Messages List  |  Start a Board

@freespiritny25, you mention something that I suspect many people will be interested in: Keeping track of how their pet is being treated in their absence. We seem to be living in a world of "trust, but verify" and something like  Fitbit for dogs can be an important tool for verification!
Reply  |  Post Message  |  Messages List  |  Start a Board

I imagine the pet health-centric wearable has more potential for taking off, as it's not going to be long before those claiming real health benefits of a wearable will need to prove them. That won't be the case with wearables designed for animals. Of course that means the quality will likely be lower and the results more dubious, but I doubt that will stop people buying them.

In all fairness, having a tracker on your pet at all times just so you know where it is, isn't a bad idea so if that's all that happens, I doubt anyone will be too bothered.
Reply  |  Post Message  |  Messages List  |  Start a Board

My pets health is important to me and my family. I would buy Fitbit for my pup to manage his health and also to make sure my dog walker is getting my pet the exercise I pay for. I can also see this being useful for any pet owner that wants to keep their pet healthy. This will help avoid pet obesity and all the illness that comes with it.
Reply  |  Post Message  |  Messages List  |  Start a Board
Editors' Choice
Hot Topics