50%
Tweet
Want a colleague to admit there's a problem? Find a solution that he can tolerate.

Have you ever had a co-worker who stubbornly denies that there's a problem -- no matter how many alarms and whistles are going off? You wonder how anyone could be so dense not to see the problem, even if he or she disagrees with you about the solution.

Turns out that -- like it or not -- it is human nature to ignore or even deny a problem when we don't like the solution. It's called solution aversion or motivated disbelief.

Researchers at Duke University have published research showing that solution aversion is definitely a problem in politics, and it probably also filters down into all sort of decisions we all make. They tested known liberals and conservatives around issues of climate change and gun control, for example, and found that when people were more likely to agree with the solution to a problem, they were more likely to identify the problem as real.

[Flexibility has its limits. Read Dogs In The Data Center: Flexibility Gone Wild.]

Here's another way to look at it: If someone said to you, "You're putting on weight. You need to cut down on the cake," would you immediately cut back on cake, or would you say something like, "I'm not fat; I'm just snuggly"? What if instead they said, "You're putting on weight. I'm going to this really fun dance class with lots of attractive singles. You should come"? What would happen? You'd concentrate on the sexy singles and the fun and not whether you were fat, right?

It's no different at work. Suppose a colleague said, "The project is really behind. We should all work until midnight to catch up." Would you agree enthusiastically, or would you perhaps deny that the project was behind?

The solution to a problem frames the way we think about the problem itself -- that's only natural. It really brings the phrase "the first step to solving a problem is admitting it exists" into new perspective. You aren't going to admit there's a problem if you aren't ready to tackle the solution. That's why addicts need to hit rock bottom before they go to treatment, and it's why politicians persistently deny a problem no matter how obvious it might be to the other side. 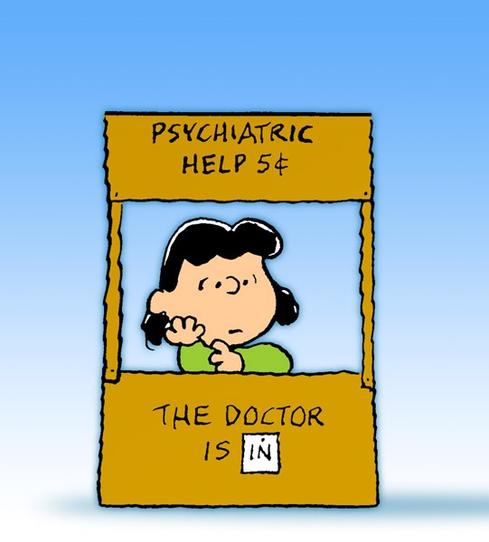 So what can you do about it? Managers can start by divorcing the problem from the solution when giving the news. They can also suggest a solution that might be more palatable to their workers before they suggest the less desirable solution.

Many of the same strategies apply to our own lives. No one will decide to lose weight if the only solution is denying oneself. Finding solutions you can live with is the key to solving your problems.

Easier said than done, of course. But as Lucy van Pelt once said to Charlie Brown, "If we can find out what you're afraid of, we can label it." If you're suffering from solution aversion or motivated denial, at least now you know what it is. Armed with the new label, you might be able to avoid it.

What do you think? Have you seen solution denial in action? What have you done to try to convince people they have a problem? Tell us in the comments.

David has been writing on business and technology for over 10 years and was most recently Managing Editor at Enterpriseefficiency.com. Before that he was an Assistant Editor at MIT Sloan Management Review, where he covered a wide range of business topics including IT, ... View Full Bio
We welcome your comments on this topic on our social media channels, or [contact us directly] with questions about the site.
Comment  |
Email This  |
Print  |
RSS
More Insights
Webcasts
Chatbots for the Enterprise
5 Steps to Integrate SAST into the DevSecOps Pipeline
More Webcasts
White Papers
A Market Guide to Simulation-Based Cybersecurity Training
Osterman Research-Nation-State Attack Survey: Top CISO Concerns
More White Papers
Reports
2020 Cybersecurity Outlook Report
2020 IT Salary Survey Results Revealed
More Reports

That's like giving the room monitor position to the disruptive kid and hoping he will rise to the challenge. Great if it happens but you need a back up plan in case it doesn't.

Allow for input from everyone, sometimes brainstorming can really make an unusual but very workable solution. Layering solutions can sometimes get a project back on track. For example: If Congress would agree to work on more than one type of solution on climate change, say regulating emissions AND encouraging free market solutions we might just be able to work together and get it under control.
Reply  |  Post Message  |  Messages List  |  Start a Board

@jastroff- I think it depends on wher eyou are in the problem. For instance, if someone comes to you and says, "I have a problem and here's the solution" you are framing the way you think around the solution (as well as the problem). If you encounter the problem and work it out on your own, you are far less likely to fall under solution aversion to begin with and you are going to frame the problem differently.
Reply  |  Post Message  |  Messages List  |  Start a Board

@dave -- as usual, food for thought

am puzzled by this:

>> The solution to a problem frames the way we think about the problem itself -- that's only natural.

Wouldn't it be "the way we fame the problem" as the first event, and then if it's framed well, the solution(s) follow
Reply  |  Post Message  |  Messages List  |  Start a Board

@Thomas- True, but we all know sometimes that isn't possible. There's a moment in every business where a decision is made by a group of people and then the idea is expected to spread to the whole organization. That's when things like this matter.
Reply  |  Post Message  |  Messages List  |  Start a Board

...to come up with answers. people are more inclined to participate if they're invited to act rather than presented with a plan they had no part in.
Reply  |  Post Message  |  Messages List  |  Start a Board
Editors' Choice
Hot Topics