Google+ Breakup Is The Future of Social Media - InformationWeek

Remember back in the day when Social Media was all about one-stop-shopping, and Facebook was going to rule the world unless Google stopped it? I bet you do, because that idea isn't that old. You probably have underwear older than that idea. It is now obvious from the slow but steady user migration away from Facebook, and the breakup of Google+ into its constituent parts, that the days of the one-stop, all-powerful social media site are gone.

The "next Facebook" isn't Ello, Pinterest, Google+, or any of the long list of previous contenders. The "next Facebook" is 20 smaller sites, each with a discreet specialty. Even Mark Zuckerberg sees the writing on the wall. Instagram was the first clue. Pinterest (something he wanted but could not get) was another. Another clue is MySpace's patient revival as a music-finding site.

Mobile has changed the social media game. When most people engaged with social media via the desktop, a single user experience on a desktop was easy to produce. That has changed. According to Facebook, in July 2014, 31% of the social network's users only interacted with it via mobile. A great majority were mobile and desktop users, with the smallest group being desktop only. In that same month, according to comScore, mobile passed PC for Internet usage across the board.

[ Want to check out cool innovative ideas? Read 8 Google Projects To Watch In 2015. ]

And, with that, Google has separated its social stream from its pictures and hangouts. That change is competing directly with Twitter, Instagram, and Skype. It makes more sense to focus each individually on a particular experience and make it as good as possible. In other words, Google is competing on tools, rather than platforms.

Does that means Facebook is dying like everyone says? Probably not for a long time. Facebook keeps growing its user base, and it is responding to mobile needs. Last January, more than half of their revenue came from mobile for the first time. They have monetized mobile, and a billion people don’t dissolve overnight. 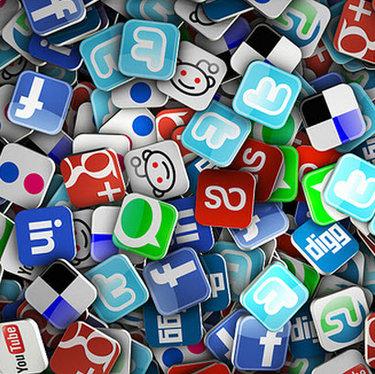 Or, more likely, it will adapt to be less monolithic, as Google+ is doing. Facebook seemed to be ahead of the curve on the concept, with its purchases of Instagram and What’s App. While many assumed the main goal was to add them into Facebook, the real reason might be so that when Facebook breaks up, the company will have the competing tools already in place. Facebook becomes Twitter. WhatsApp becomes Hangouts/Skype. Instagram is still the king of picture storage.

This might all seem semantic, but it is about user experience. That means responding to the way mobile users interact with products differently, and finding out how to best monetize an industry still finding its way. Google is smart to make the move, and it looks like all the major social players "get it" as well. The platform battle is over, but the war is beginning on multiple new fronts.

David has been writing on business and technology for over 10 years and was most recently Managing Editor at Enterpriseefficiency.com. Before that he was an Assistant Editor at MIT Sloan Management Review, where he covered a wide range of business topics including IT, ... View Full Bio
We welcome your comments on this topic on our social media channels, or [contact us directly] with questions about the site.
Comment  |
Email This  |
Print  |
RSS
More Insights
Webcasts
Automating Security Functions in Your Enterprise
Deception: The Next Step In Cyber Defense
More Webcasts
White Papers
2020 Gartner Market Guide for Network Detection & Response
How You Can Evaluate Your Org's Cybersecurity Readiness
More White Papers
Reports
Remote Network Management: The Enterprise at Home
Connecting the Dots: Key strategic opportunities in a post-COVID-19 world
More Reports

@mak63- I don't think they are bad for the brain. I think like anything else, you just can't be a slave to it. I know people who just *must* click on the notifications anytime it says "1" or more until they have no notifications. Doesn't matter what they are doing or what they are dsupposed ot be doing. They have to keep it at zero. That's bad. But if you;re willing to ride it out until you have time, I don't think it hurts.
Reply  |  Post Message  |  Messages List  |  Start a Board

In China we don't have FB but we rely heavily on WeChat - I established different group chats for family and friend cycles.:-) I think anyway such kind of meeting place is needed so that you can easily solicit group discussion.
Reply  |  Post Message  |  Messages List  |  Start a Board

After reading the article. I realized how true it is. We are being bombed from many social media apps. Sometimes it's overwhelming how much stuff is behind the notification bar.
I was wondering, if all of these interactions with social media apps (and people behind it, of course) are good for the brain.
Reply  |  Post Message  |  Messages List  |  Start a Board

@Dave that could be part of it, but I think FB will be a central meeting place for awhile - at least until another network comes around that's as widely accepted. When I need to send a mass message, that's my go-to (and it's definitely the reason I don't know most of my friends' email addresses).
Reply  |  Post Message  |  Messages List  |  Start a Board

Ah, well, Google+ is awful - from  conception to interface, it makes little sense, had to track conversations, and difficult to envision on one screen. Google's interface is pretty awful except for the one box for search. The new Gmail App for Android- - case in point. Bells and more bells. Facebook is a but jumbled, but very linear, and does branching very well.

But hey, that's just me.

As for AOL sticking around, I wonder how popular their chat rooms are -- still a gathering place for fans of <fill in the blank> -- and more private than FaceBook or other services/apps. And, AOL does, or did have private chat rooms. Not that I would know. But if they are still getting people into x-rated chats, then they may be around until 3015.

When I worked at Prodigy one of the most popular features was the x-rated bulletin boards. Being IBM and Sears, they stopped them. However, when they were available, it was a home run. I worked there, I didn't read them

>> People only want to work with tools that they believe are the best for their purposes.

Yes, this is often the case. But IT management can change things by taking away the tools that are not sanctioned, and easing in the tools/systems that are. I recall shutting off the ability to save to the C: drive on people's PCs. That hurt, but for security, we did it. Then we took away the ability to use any thumb drive to copy files, and replaced it with a secure-for-sale thumb drive. That hurt, but we did it. Had to do it, and  IT made it work through good communications, good alternatives, and reasonably good rollouts. It was a little more stick than carrot, but we got it done.
Reply  |  Post Message  |  Messages List  |  Start a Board

@SomeDude8- I'm old, too. It is just my job to watch these kids (at least so I can get them off my lawn). There's nothing wrong with multiple sites serving multiple needs. So there is probably always room for people who like their one stop shopping. I suspect it is a pendulum. It swings as back and forth as innovation cycles dictate.
Reply  |  Post Message  |  Messages List  |  Start a Board

You bring up an age thing, which is definitely a consideration. I am an old fart at 51 years old. Though I am in IT and love new shiny things and gadgets, when it comes to social media, I want simple and convenient, but most of all I want to interact with my friends, keep tabs on them etc.

Younger folks seem to be quite a different case than us older folks. I can totally see them monitoring 12 or 15 different social media applications.
Reply  |  Post Message  |  Messages List  |  Start a Board

@somedude8- Pain or no, it seems to be the direction a lot of people are headed. If Facebook didn't own Instagram it would be more of an issue for Facebook, too. People will store their pictures on the best place to store and share them. I think the issue is that people will not tolerate an inferior solution to a problem if they have a better choice. Right now, FB shares enough of those positive solutions it works for your. But as challengers chip away at them, we'll see what happens. Most young people seem to be willing to go where the action is.
Reply  |  Post Message  |  Messages List  |  Start a Board

@davidfcarr- So here is an interesting issue. There are many tools and someone decided to fill the gap as the aggregater of those tools. I suppose there is always room for one of those. But not several.
Reply  |  Post Message  |  Messages List  |  Start a Board
Page 1 / 2   >   >>
Editors' Choice
Hot Topics

Dark Side of AI: How to Make Artificial Intelligence Trustworthy Guest Commentary, Guest Commentary,  9/15/2020
White Papers
2020 Gartner Market Guide for Network Detection & Response
How You Can Evaluate Your Org's Cybersecurity Readiness
How Lockheed Martin Deployed Privileged Access Management in Just One Day
Gartner ZSP: Remove Standing Privileges Through a Just-in-Time PAM Approach
How to Prioritize Risk Across the Cyberattack Surface