Google Faces More Scrutiny Over Right To Be Forgotten - InformationWeek

A group of 80 Web academics have penned an open letter to Google insisting on more transparency for right to be forgotten requests in Europe.

The rise of social networking, along with the Web's ubiquitous presence in daily life, has made the concept of immortality more tangible, but a group of 80 Internet academics is challenging Google to be more forthcoming as to how it removes information about individuals from cyberspace.

The letter points out that Google, among other search engines, has been enlisted to make decisions about the proper balance between personal privacy and access to information. However, these giants of information face little public scrutiny, even though they shape public discourse and serve as massive catalogues of information.

They writers argue the public should be able to find out how digital platforms exercise their power over accessible information.

The group released the letter on May 13, just about a year after the right to be forgotten policy started within the European Union. Google faces more scrutiny in Europe over privacy issues compared to the US, and the search engine giant has struggled to keep up with some of the requests coming from Europeans.

[Read about Google and the right to be forgotten.]

The right to be forgotten -- RTBF -- a concept discussed and put into practice in the European Union (EU) and Argentina since 2006, is a complicated notion involving the right to privacy, freedom of expression, and a sort of statute of limitations on the use, or misuse, of private information regarding past actions. 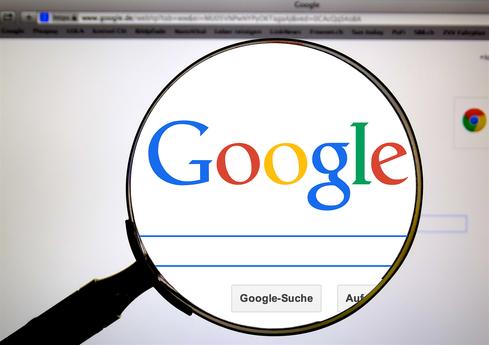 Beyond anecdote, we know very little about what kind and quantity of information is being delisted from search results, what sources are being delisted and on what scale, what kinds of requests fail and in what proportion, and what are Google's guidelines in striking the balance between individual privacy and freedom of expression interests.

In January, the UK's Information Commissioner's Office (ICO) issued a statement requiring Google to sign a formal undertaking to improve the information it provides to people about how it collects personal data in the UK after concerns were raised around changes to the company's privacy policy.

In a May 2014 ruling, Google Spain V. AEPD and Mario Costeja González, the Court of Justice of the European Union found that individuals have the right to ask search engines like Google to remove certain results about them.

According to Google, the company has received over 250,000 individual requests concerning one million URLs in the past year, and has delisted from name search results just over 40% of the URLs that it has reviewed.

"Naturally, there is some tension between transparency and the very privacy protection that the RTBF is meant to advance," the open letter acknowledged, noting the revelations that Google has made so far show that there is a way to steer clear of disclosure dangers.

The consortium implores the search giant to find a balance between individual privacy and public discourse interests.

"The public deserves to know how the governing jurisprudence is developing," the letter, written by Ellen Goodman, a professor of the Rutgers University School of Law, and Julia Powers, a researcher with the University of Cambridge's law faculty, concluded.

"We hope that Google, and all search engines subject to the ruling, will open up."

Nathan Eddy is a freelance writer for InformationWeek. He has written for Popular Mechanics, Sales & Marketing Management Magazine, FierceMarkets, and CRN, among others. In 2012 he made his first documentary film, The Absent Column. He currently lives in Berlin. View Full Bio
We welcome your comments on this topic on our social media channels, or [contact us directly] with questions about the site.
Comment  |
Email This  |
Print  |
RSS
More Insights
Webcasts
Data Center Network Operations (NetOps) Reimagined
Take DevOps to the Next Level
More Webcasts
White Papers
Zero Trust Evaluation Guide
From MFA to Zero Trust
More White Papers
Reports
We Need Your Input: Trends in Workforce Optimization
Enabling Enterprise Resiliency Through Cyberthreat Detection
More Reports

This is a right that I fear is inherently discriminatory. Only those with the money and leisure to insist on its enforcement will be able to exercise it. An aggrieved party has to call the issue to Google's attention, supply answers to any questions and check up on what Google's internal decision was. Does anyone kinow how this works, really? I would rather laws be enacted that can apply to everybody, although the "apply to everybody," regardless of income, standard has been problematic since the first law's adoption.
Reply  |  Post Message  |  Messages List  |  Start a Board

...if Google became a credit agency, would it be required to forget things about people?
Reply  |  Post Message  |  Messages List  |  Start a Board
InformationWeek Is Getting an Upgrade!