The partnership heralds a new chapter in Google's quest to bring autonomous vehicles to public roads in the US.

The minivans will be used later this year for Google's self-driving testing, more than doubling the company's current fleet of test vehicles. This is the first time Google has worked directly with an automaker to integrate its self-driving system, including its sensors and software, into a passenger vehicle.

Prior to operating on public roads, the vehicles will be tested by Google's self-driving car team on its private test track in California.

"Working with Google provides an opportunity for FCA to partner with one of the world's leading technology companies to accelerate the pace of innovation in the automotive industry," Sergio Marchionne, CEO of FCA, said in a statement. "The experience both companies gain will be fundamental to delivering automotive technology solutions that ultimately have far-reaching consumer benefits."

Google will integrate the suite of sensors and computers that the vehicles will rely on to navigate roads autonomously. FCA will initially design and engineer around 100 vehicles specifically built for Google's self-driving technology. 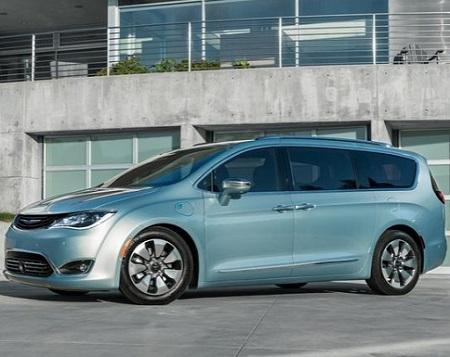 Google is working to develop fully self-driving vehicles that have the potential to make our roads safer and increase mobility. Vehicles in the test fleet have self-driven over 1.5 million miles on public roads across the country, including those around the company's home base in Mountain View, Calif.

"FCA has a nimble and experienced engineering team and the Chrysler Pacifica hybrid minivan is well-suited for Google's self-driving technology," John Krafcik, CEO of the Google Self-Driving Car Project, said in a statement. "The opportunity to work closely with FCA engineers will accelerate our efforts to develop a fully self-driving car that will make our roads safer and bring everyday destinations within reach for those who cannot drive."

The company has also expanded its Silicon Valley facility from a 15-person office to a 100-plus-person research and development center, with the team conducting tests this year on different aspects of autonomous vehicle technology, including camera-based pedestrian detection and virtual test drives.

On the other side of the world, Nissan has begun testing its first prototype vehicle that demonstrates piloted driving on both highway and city roads, while in Germany, auto giant Daimler has also hit the highway, bringing an automated series-production truck to the A8 between Denkendorf and Stuttgart airport.

Nathan Eddy is a freelance writer for InformationWeek. He has written for Popular Mechanics, Sales & Marketing Management Magazine, FierceMarkets, and CRN, among others. In 2012 he made his first documentary film, The Absent Column. He currently lives in Berlin. View Full Bio
We welcome your comments on this topic on our social media channels, or [contact us directly] with questions about the site.
Comment  |
Email This  |
Print  |
RSS
More Insights
Webcasts
Managing Your Enterprise Collaboration Platforms
Fact or Fiction? The Truth About Cloud Native Security
More Webcasts
White Papers
The Buyer's Guide to Next Generation Cloud Security Posture Management
Dirty Little Secrets of Business Intelligence: Six Challenges to Adoption
More White Papers
Reports
Protection Strategies for a Cyber-Resilient Organization
Enabling Enterprise Resiliency Through Cyberthreat Detection
More Reports