Google is seeking drivers to test its driverless cars in Arizona. If you meet the requirements, you can earn $20 per hour to sit behind the wheel.

If you live in or near Phoenix, you could be a candidate to test one of Google's self-driving cars. The tech giant is seeking professional, careful "drivers" to operate its vehicles and provide feedback.

The "vehicle safety specialists," as they are referred to in Google's call for resumes, will be responsible for operating a driverless for six to eight hours per day, five days per week. During that time, drivers will gather data in autonomous Lexus SUVs as they "drive" through the tech hub of Chandler, Ariz., reported The Arizona Republic.

Test drivers will give engineers written and verbal comments on how the car drives and reacts to other vehicles on the road. More importantly, they'll be available to take control of the car should the situation arise, because the cars are not yet ready to fully operate without assistance.

While this is a job many people may volunteer to do for free, Google is paying its test drivers $20 per hour for their work. Workers will be employed for contracts of 12 to 24 months.

Unfortunately, the job isn't open to everyone. Google requires applicants to have a bachelor's degree, a clean driving history, and no criminal background. They must also be able to type at least 40 words per minute to complete daily reports and document procedures and tests.

The company also notes applicants must pass a number of training checkpoints both inside and outside the vehicle. All details of the project are expected to be kept under wraps.

So long as you're a good driver and pay attention to the road, Google isn't picky about the type of education or professional background you have.

"The role of test driver is so new that there isn't a particular type of person that we look for," said Brian Torcellini, head of operations for Google's self-driving car testing program, to The Republic. "We've hired people from all types of backgrounds, from English teachers to orbital welders."

Torcellini notes local drivers are preferred for this type of project because they are more familiar with the roads and driving norms. If drivers know the streets, for example, they can pay more attention to how the car is working and less to directions.

Google's most recent call for testers comes after a rocky start to 2016. In January, the company filed a report documenting several instances of disengagements from the car's autonomous mode. All took place while cars were being tested on California's public streets. 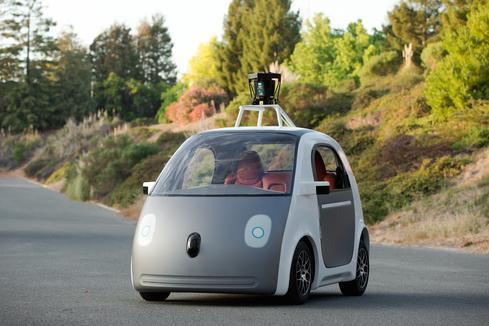 Despite some setbacks, automakers are pushing forward to put autonomous cars on the road. In April, tech and auto companies including Google, Ford, Volvo Cars, Uber, and Lyft announced the creation of the Self-Driving Coalition for Safer Streets.

Their goal: to speed up the process of creating federal regulations around society's transition to autonomous cars. The coalition plans to work with businesses, civic groups, and government agencies to encourage the federal government to permit driverless cars on the roads.

While some autonomous vehicle projects have impressed experts, other professionals are skeptical of the future of driverless cars.

Missy Cummings, director of Duke University's robotics program, told the Senate Commerce Committee in March that she believes autonomous cars are "absolutely not" ready to drive on the road in large numbers, citing to their inability to handle poor weather and other issues.

Could Google's extensive testing make self-driving cars roadworthy? If you're in the Phoenix area, you could help answer that question.

Kelly Sheridan is the Staff Editor at Dark Reading, where she focuses on cybersecurity news and analysis. She is a business technology journalist who previously reported for InformationWeek, where she covered Microsoft, and Insurance & Technology, where she covered financial ... View Full Bio
We welcome your comments on this topic on our social media channels, or [contact us directly] with questions about the site.
Comment  |
Email This  |
Print  |
RSS
More Insights
Webcasts
Key technology trends in 2021 - Making these technologies work for your business
People Are The Most Important Part of Autonomous SOC
More Webcasts
White Papers
Why Add Security to Your Skill Set and How to Do It
How Secure Are Your Endpoints?
More White Papers
Reports
The State of DevSecOps Report
The State of Cloud Computing - Fall 2020
More Reports
Copyright © 2021 UBM Electronics, A UBM company, All rights reserved. Privacy Policy | Terms of Service