Gender bias is made worse by public sources of data, such as image search engines and stock photos.

A University of Washington study has shed light on how women in IT, particularly in leadership positions, face resistance from an unlikely source — Google Images. Visual databases are a relatively new but important source for the way we perceive the world. The study has shown that they can affect our perceptions of gender imbalance, particularly in jobs where women already face an uphill climb.

The quickest way to see what the authors are talking about is to type "CEO" into Google images. Feel free to do it and come back, but I'll tell you what you'll find. You'll find endless rows of old, white men. The first woman you will find is a Barbie Doll.

You don't need to be Gloria Steinem to realize that's not so great. Try it with chemist or engineer and you'll see similar problems. Basically, you can count on encountering similar results any time you search for images related to a job that isn't dominated by women.

The reason is that biases inherent in the search engine create biases in pictures as presented. ("Good" searches by search engines standards depict what we want to find.) What happens is that real inequity in the job is amplified by more inequity in the search. According to the study, 27% of CEOs in America are women. Yet, if you search Google Images for CEO, only 11% of the results you see are women. That's bad enough, but searches alter our opinions about biases.

[How do your IT skills stack up against the ones with the greatest market demand? Read 15 Hot Skill Sets For IT Pros In 2015. ]

In two experiments that used a total of 58 participants, volunteers were pretty good at guessing the gender breakdown of given jobs right up until they were shown Google Image search results. Then, they were routinely biased, by 7%, in favor of men.

And we haven't gotten into the "sexy construction worker" syndrome yet, which makes the whole gender bias issue worse. When you search for images in many career fields, the images you see of women doing the job don't actually show them doing the job, so much as show them looking sexy while pretending to do the job. In fact, the first woman you find on a Google Image search for "construction worker" is topless with yellow caution tape over her breasts saying "hard hat zone." I'm obviously not going to show that here or even link to it. There are, in fact, three pictures of Lego construction workers ahead of the topless woman.

But it isn't just construction workers. Check out this picture that was uploaded to Wikimedia Commons by the purported photographer that is supposed to depict a CEO. 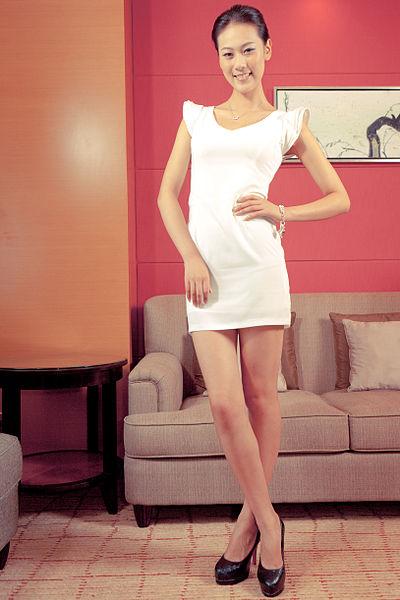 Granted, there is nothing wrong with a CEO looking like this, or any other way, but I think it is plain to anyone that male CEOs are not depicted this way.

In my own informal research, only 18 of the first 100 Google Images for "IT Worker" were of women. Of those pictures, two images were of the same woman. Three showed women in a setting where they were not touching a computer or a device that seemed pertinent to IT. And most were in a generic office setting and could have just as easily been checking Facebook on their laptop as doing actual IT work. Only one of those image results showed a woman in front of a server or other common IT device besides a laptop.

Is it because for those using Google Images to find photos of IT workers, women don't fit the picture?

Now, before we go too crazy, the n in the University of Washington study is a little small. It would be nice to see a larger study replicate these results.

We also know there is some static in a Google search. For instance, CEO Barbie doesn't come out on the top of the CEO image search because that’s what we think female CEOs should be. She also comes out on top because she happens to be in an article in The Onion.

Obviously, the Onion gets a lot of traffic and traffic means something to Google. Some guy's police mug shot ended up in the top 100 searches for IT workers, too. Clearly, he may have been an IT pro that committed a crime, but no one is looking for that picture when he or she searches "IT Worker" in Google Images. So, let's agree that search engine technology is an inexact science.

Even with that, this is a real problem. If we're making our own sources of data into bias confirmation engines, that's not good. But I have saved a tiny success story for last.

Search "CIO" on Google Images and you will notice an interesting thing. Only 37 of 100 images even depict a person. Most of those don't depict real people, but rather cartoons or silhouettes. Another 12 show women or men and women together. Finding women in 12 out of 37 images is a decent representation of women in the CIO chair. And the fact that depictions of technology outweigh those of people is not a bad thing.

Here's a not so novel, but really useful idea: Try depicting the job and not the person doing it. Or, if you have to depict a person, how hard is it to show two people doing it?

Somehow, the people depicting CIOs have learned this little trick and the people depicting CEOs haven't. The first lesson here is that we're doing women a disservice (and the men in jobs they are outnumbered in). The second is that we need to find a better way to depict our own jobs for everyone, so the best talent comes into the industry. The third, and perhaps most important lesson, is that we need to be aware of the way data is shown when it is pulled in by mass public sources. The bias of society is not merely reflected by our public sources of data. It is amplified. And that amplification is dangerous.

David has been writing on business and technology for over 10 years and was most recently Managing Editor at Enterpriseefficiency.com. Before that he was an Assistant Editor at MIT Sloan Management Review, where he covered a wide range of business topics including IT, ... View Full Bio
We welcome your comments on this topic on our social media channels, or [contact us directly] with questions about the site.
Comment  |
Email This  |
Print  |
RSS
More Insights
Webcasts
Bolstering Your Enterprise Cyber Risk Assessment
4 Practical Tips for Building a Data Lake
More Webcasts
White Papers
4 Key Elements of an ML-Powered NGFW: How Machine Learning is Disrupting Security
Top Serverless Security Risks and How to Mitigate
More White Papers
Reports
Dark Reading Report: Battle for the Endpoint
Gartner Market Guide for Insider Risk Management Solutions
More Reports