Google wants to give its users the ability test their internet speed right from the search application. In order to do this, the company is partnering with M-Lab to make it a reality.

Web surfers may soon have a new option to test the speed of their internet connection thanks to Google, which is reportedly building a web speed test directly into its search application.

Twitter user Pete Meyers, who is a marketing scientist for Moz, was the first to notice Google's project, posting a screen shot of the feature on his account on June 27. He also unearthed the company's support page for the feature.

Looks like Google is testing their own internet speed test (query = "check internet speed") -- not seeing it live -- pic.twitter.com/wjsPIlEbFv

Google partnered with Measurement Lab (M-Lab) to run the test, which takes about 30 seconds and figures out the user's internet speed by measuring how much data can move through the connection in that time.

The test uses different amounts of data depending on how fast the connection is and where the test is done.

For example, a typical test in the US uses 9.4MB of data, but a test outside the US uses about 4.4MB. 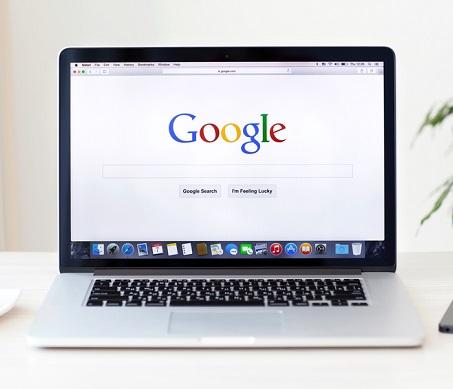 Latency measures how quickly a user get a response from the server, with low response times important for real-time apps, like video calls and online gaming.

In order to soothe privacy concerns, M-Lab noted, the tests are designed to protect consumer privacy by measuring only synthetic traffic (fake traffic generated by a test) between the device and an M-Lab server.

[Read about the latest updates to Google Earth and Google Maps.]

In addition, the company explained that M-Lab's privacy and data collection policies prohibit the collection of personally identifiable information and private user traffic.

However, M-Lab does incorporate the user's test results, which include the user's IP address, into their collection of global internet performance data, and M-Lab then makes this information publicly available for advance internet research.

"Anyone with the time and skill can review and improve the underlying methodologies and assumptions on which M-Lab's platform, tools, and data rely," according to a statement on the company's website. "Transparency and review are key to good science, and good science is key to good measurement."

Google's strategy with the built-in internet speed test function is likely to take advantage of consumers who regularly type in a similar search phrase to the company's search application, which would then direct them to a company such as Netflix's fast.com, a user-friendly website that helps web surfers see how fast their internet connection is, whether on mobile or broadband.

Aside from Google and Netflix, consumers also have the ability to use broadband network diagnostic applications specialist Ookla, which has long dominated the speed test market, as well as Google rival Microsoft, whose Bing search application allows users to test how fast their internet connect speed is by typing in a search phrase "speed test."

Nathan Eddy is a freelance writer for InformationWeek. He has written for Popular Mechanics, Sales & Marketing Management Magazine, FierceMarkets, and CRN, among others. In 2012 he made his first documentary film, The Absent Column. He currently lives in Berlin. View Full Bio
We welcome your comments on this topic on our social media channels, or [contact us directly] with questions about the site.
Comment  |
Email This  |
Print  |
RSS
More Insights
Webcasts
Monitoring Critical Cloud Workloads
Multi-Cloud Data Management for Modern Applications
More Webcasts
White Papers
Top Serverless Security Risks and How to Mitigate
Ransomware Security Breach Summary: Food Production
More White Papers
Reports
2021 Digital Transformation Report
A Decade of Passive DNS
More Reports

I don't know about that.  Before Google drive came out, people were begging Google to come up with decent online storage (for those who would prefer, the cloud storage).  After Google Drive came out, which is distinctively different from various free storage providers, and not necessarily better.  Storage providers are still dime a dozen.  Quality is also spotty.  File mirror sites seem to be better arbiters of rooting out pretenders among the storage providers.  Google URL shortener is not exactly dominating either.  All the little services that Google is tapping into are nice if one wants to keep everything in one account, but they are hardly market beaters.
Reply  |  Post Message  |  Messages List  |  Start a Board
InformationWeek Is Getting an Upgrade!