While Google may be retooling its virtual reality roadmap, the company is still dedicated to producing a standalone headset that blends the boundaries between VR and augmented reality.

An unnamed Google spokesman has told technology blog Engadget that the search giant is still working on a secretive device that would blur the boundaries between virtual reality (VR) and augmented reality (AR).

Citing unnamed sources within the company, the July 16 Engadget article stated that Google is still dedicated to a mixed VR and AR headset, but the company has changed tactics somewhat. 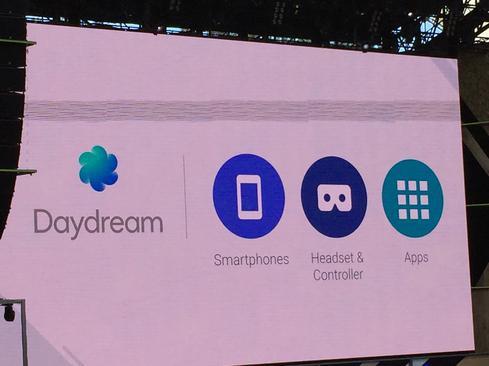 Google employees working on the project were told that the Android-based Daydream platform, which was meant to set some baselines for the hardware and software needed to make for a good end-user experience, would now be used simply as stepping stone to a grander vision, according to Engadget's sources.

Several hardware makers, including Huawei, Samsung, and Asus, have signed on to field Daydream-compatible handsets later this year. Google previously stated that the Huawei-made Nexus 6P will serve as the basic handset development platform for Daydream.

"The headset currently in development will not require a computer or phone to power it. While it does have a screen, it will offer features more in line with augmented reality systems than existing VR headsets, which are presently focused on gaming," according to the Engadget article. "There is no release date in sight for the headset, but it remains an important part of Google's future plans."

This is not the first time reports have surfaced about Google’s plans for expansion into the VR market. In February, The Wall Street Journal reported that Google was planning a standalone headset device that wouldn't require a computer or smartphone to run.

The company already markets a cheap, foldable VR viewer called Cardboard, which was Google's first real foray into VR from a hardware perspective.

People can pick up a Cardboard viewer, generally for less than $20, stick their phone in it and enjoy a modest -- if low-resolution -- VR experience.

Technology rival Microsoft is also striving to make big gains in the VR and AR markets, most recently by putting the spotlight on its Windows Holographic operating system and mixed-reality devices at Computex 2016, which was held last month in Taiwan.

Windows Holographic is a version of Windows 10 designed to power mixed-reality experiences. It contains a holographic shell and interaction model, perception APIs, and compatibility with Xbox Live.

Prior to this announcement, Windows Holographic was limited to Microsoft HoloLens, the augmented reality headset unveiled alongside Windows 10 in January 2015. HoloLens overlays interactive digital images on real-world objects; its apps range from productivity to gaming.

Research firm Deloitte Global predicts that VR will have its first billion dollar year in 2016, with about $700 million in hardware sales and the remainder from content.

The report noted VR is likely to have multiple applications, both consumer and enterprise, in the longer term, but in 2016 the firm said it expects the vast majority of commercial activity to focus on video games.

Nathan Eddy is a freelance writer for InformationWeek. He has written for Popular Mechanics, Sales & Marketing Management Magazine, FierceMarkets, and CRN, among others. In 2012 he made his first documentary film, The Absent Column. He currently lives in Berlin. View Full Bio
We welcome your comments on this topic on our social media channels, or [contact us directly] with questions about the site.
Comment  |
Email This  |
Print  |
RSS
More Insights
Webcasts
Cloud Security Architecture Virtual Event 10/14: Designing a Trusted Framework
The Death of Network Hardware Appliances and the Evolution of Cloud-Native Architectures
More Webcasts
White Papers
A Pragmatic Path to SASE
How Securing the Data Lifecycle Can Transform Your Data Protection Program
More White Papers
Reports
Cloud & Hybrid Security Tooling Report
Gartner's Top 9 Security Trends in 2020
More Reports
Copyright © 2021 UBM Electronics, A UBM company, All rights reserved. Privacy Policy | Terms of Service