The pending makeover of Google's Mountain View campus shows concern for birds and the environment, alongside a look that manages to be both retro and modern.
Thomas Claburn
Editor at Large, Enterprise Mobility
March 18, 2016 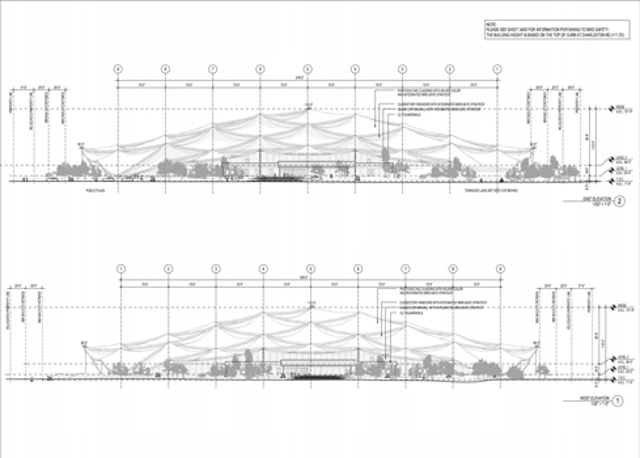 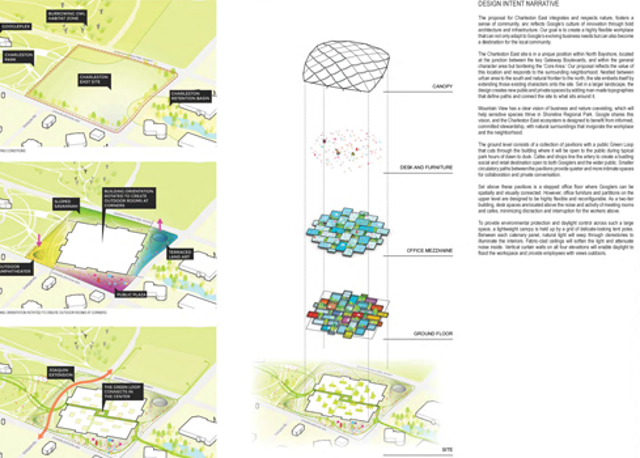 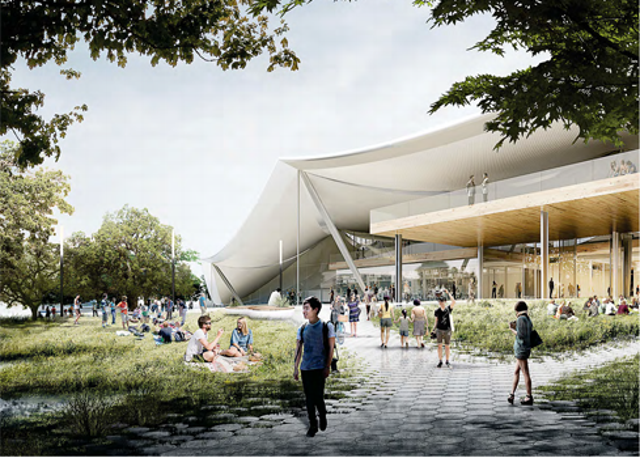 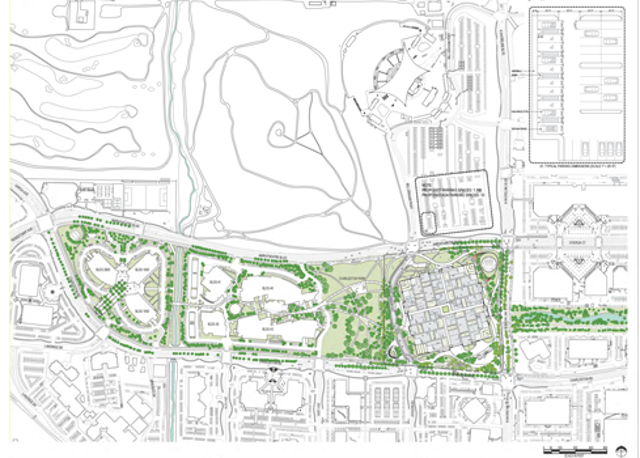 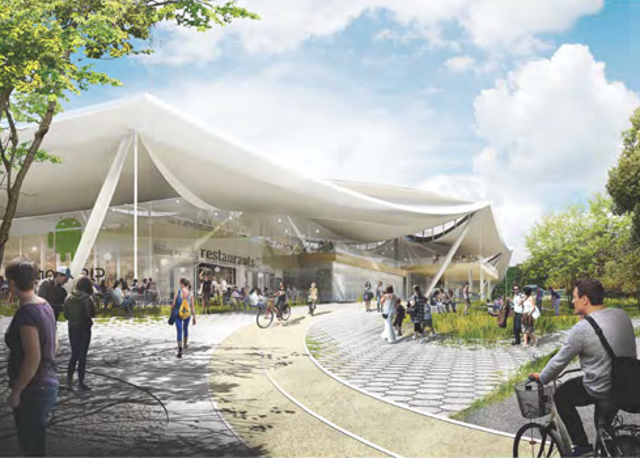 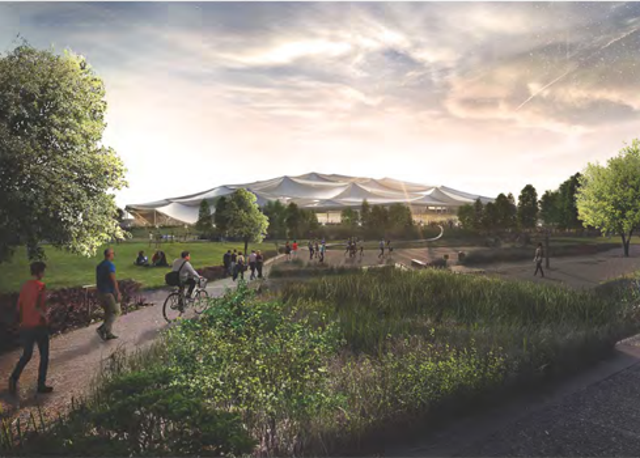 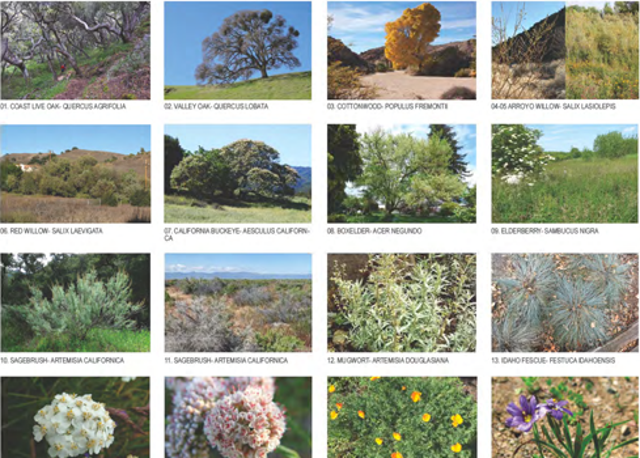 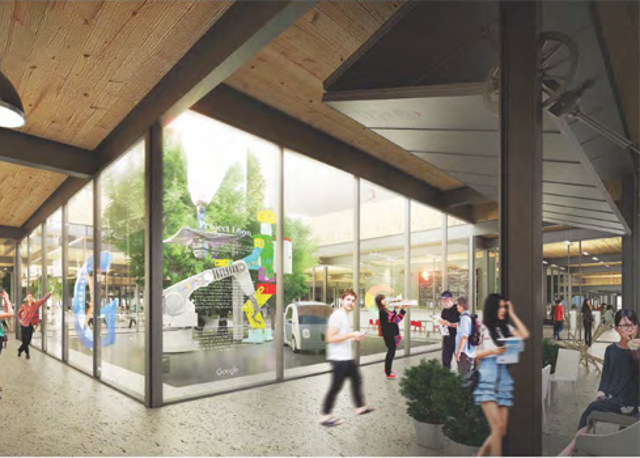 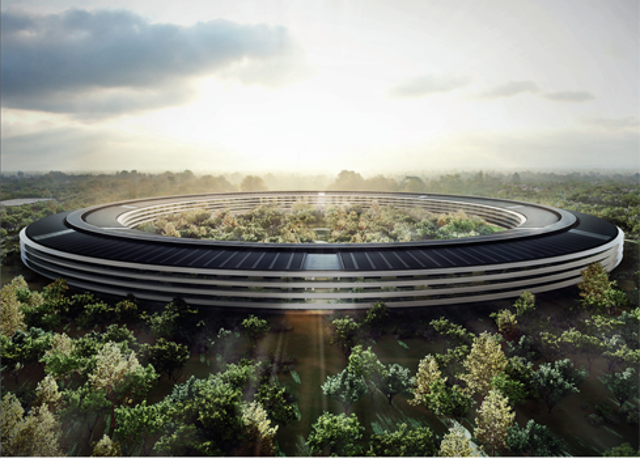 As Apple's new campus takes shape in Cupertino, Calif., its major rival is also planning to reinvent its corporate headquarters.

The two projects reflect the nature of each company, or so at first it might seem.

Apple's campus is an elegant ring structure that captures idyllic green space within its walls. It suits a company that has made secrecy and control central to its marketing and business strategy, even as Apple under Tim Cook has become a bit more transparent than it was under Steve Jobs.

Google's Charleston East project (PDF) is more diverse and fractal. There are circles, squares, and triangles. A Google blog post by architect Bjarke Ingels last year attempted to make a distinction between Google's design aspiration of openness and "a fortress that shuts away nature," presumably a veiled reference to Apple's structure-in-progress.

Yet it's too facile to see the two projects as reflections of antithetical corporate philosophies, one that values privacy for itself and its customers and one that values openness and sharing supported by ads. Despite the seemingly inviting "smile-shaped clerestories" that top Google's new facility like a comb-over collage, security guards will police private areas at both locations. Apple reportedly plans to provide public access in some parts of its new facilities.

Each company incorporates aspects of both openness and its opposite.

Where Apple's design aspires to create "an integrated, unified and secure 21st Century campus surrounded by green space," Google's stated goal is "to create a highly flexible workplace that can adapt not only to Google's evolving business needs but can also become a destination for the local community."

The location of Google's headquarters requires public access. That mandate becomes more necessary in light of the way some Bay Area residents, rightly or wrongly, have seized upon the company as a symbol of economic disruption. Google has to be a good neighbor to avoid fueling community discontent.

But Google's plan takes that requirement and makes it a virtue. Google's site includes dedicated public space, with plans for retail space and food trucks. It strives to promote economic diversity, though in a wealthy enclave like Mountain View that probably looks like Teslas parked alongside BMWs. It makes concessions to ecology and sustainability relating particularly to tree planting and the preservation of a nearby burrowing owl habitat. Basically, it aspires to make development a benefit to the community.

Here's a look at what Google has planned. Let us know what you think in the comments section below.