A Google autonomous car was pulled over by police for driving below the speed limit. Why can't they go faster? We explore several theories.

A Google self-driving car was pulled over by police for driving below the speed limit. The vehicle was moving at 24 mph in a 35 mph zone. But really, that's slower than Usain Bolt. It might as well have been a windup toy.

Google posted that its autonomous vehicles move so slowly because the company wants "them to feel friendly and approachable, rather than zooming scarily through neighborhood streets." Fair enough, but this is an important lesson for Google to learn. Going too slow is as bad as going too fast.

Here's an example: Let's say you're in your car, listening to some awesome music, and you turn a corner and come come upon a Google car driving below the speed limit. It's easy to imagine being caught off guard and possibly rear-ending the vehicle or getting into an accident trying to avoid it.

So, why do Google's self-driving cars move so slowly? I have 10 theories that might explain the comapny's logic.

2. Google Images needs more pictures for the search term "middle finger." It expects to collect a whole bunch as angry drivers pass by its autonomous vehicles.

3. Google is planning to fund the project by suing all the people who rear-end its cars. Now it has to prove a robot car can get whiplash.

4. Google cars don't have robot dogs in them urging them to go faster so they can feel the wind on their snouts. 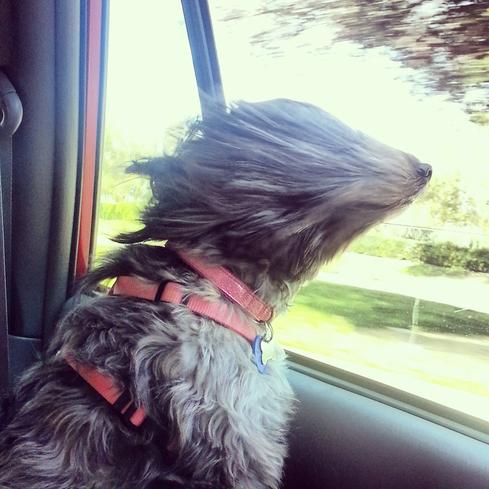 5. The vehicle is designed to give you that true Driving Miss Daisy experience.

6. If the autonous cars don't go slowly, Google Street View might not pick up all of these wonderful pictures.

7. Let's face it, autonomus cars are basically moving billboards for Google. The slower it goes, the greater the chance other drivers will see it.

[ It might also be to slow down and enjoy the tunes. Read Google Self-Driving Car: A Roadtrip Playlist. ]

8. The car is so busy recording your buying and search habits while you're sitting in it that it doesn't have the bandwidth to drive any faster than it already does.

9. You may have somewhere to get in a hurry, but the car doesn't.

10. Because it didn't take long for someone to post a video of a Tesla car on autopilot "trying to kill" its driver.

David has been writing on business and technology for over 10 years and was most recently Managing Editor at Enterpriseefficiency.com. Before that he was an Assistant Editor at MIT Sloan Management Review, where he covered a wide range of business topics including IT, ... View Full Bio
We welcome your comments on this topic on our social media channels, or [contact us directly] with questions about the site.
Comment  |
Email This  |
Print  |
RSS
More Insights
Webcasts
Unifying Your Endpoint Security Strategy
Managing Your Enterprise Collaboration Platforms
More Webcasts
White Papers
Privileged Account Management for Dummies
How to Build Your Incident Response Plan
More White Papers
Reports
CVE Weaponization Report
The State of Malware Threats
More Reports

@jastroff ineresting, there really are cultural differences --even between states. I remember seeing some ranking of most aggressive drivers.
Reply  |  Post Message  |  Messages List  |  Start a Board

Google has programmed its cars to be rather more cautious than the average driver, which does lead to clashes of style. Supposedly it's something the company is working on, particularly with respect to the problem of "after you" at intersections.
Reply  |  Post Message  |  Messages List  |  Start a Board
InformationWeek Is Getting an Upgrade!