Once relegated to the realm of science fiction and fantasy, flying cars may be zipping across the horizon sooner than we thought. Behind some of their innovations is Google cofounder Larry Page and millions of his own money.

Larry Page, one of Google's billionaire cofounders, has been working independently, investing millions of his own money to develop and build flying cars that could change the rules of the game when it comes to transportation, according to a June 9 report in Bloomberg.

There are about 150 employees working next door to Google's headquarters in Mountain View, Calif., working at Page's self-financed company, called Zee.Aero.

In addition, Page has invested in Kitty Hawk, a similarly secretive company headed by Sebastian Thrun, the godfather of Google's self-driving car program. Page's money has now developed a competition for flying car designs with two companies that have offices close to each other.

The Bloomberg report noted Zee.Aero's operations have expanded to include an airport hangar about an hour south of Mountain View, where the company has been regularly conducting test flights. 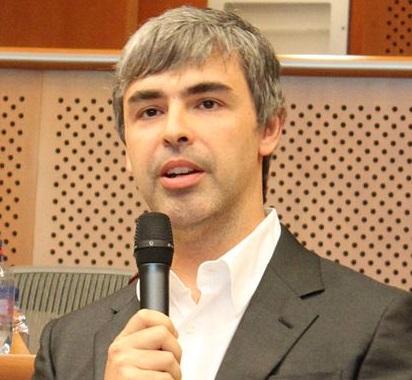 Larry Page, cofounder of Google, in the European Parliament, June 2009.

The science fiction trappings inherent in the phrase "flying cars" -- just picture the covers of 1950s pulp magazines, the icon spinners from Blade Runner, or the opening credits of the Jetsons -- are fantasy. The money, effort, and technology currently being invested in these concepts are very real.

"Over the past five years, there have been these tremendous advances in the under­lying technology," Mark Moore, an aeronautical engineer who designs advanced aircraft at NASA, told Bloomberg. "What appears in the next five to ten years will be incredible."

The report also noted that Zee.Aero's test flights have been spotted by people working at the airport, although the company has been taking pains to do the tests when there are very few people around.

The craft was described as having a "narrow body, a bulbous cockpit with room for one person upfront, and a wing at the back," with the added description of sounding like an air raid siren upon takeoff.

The report comes as Google and carmakers worldwide are broadening and deepening their investment in electric vehicles and driverless cars. There are also efforts to build Elon Musk's concept of a Hyperloop, which would facilitate the high-speed transportation of passengers and goods in tubes in which capsules are propelled by linear induction motors and air compressors.

Along with Page's flying car work, the Hyperloop concept is the one of the most futuristic attempts to reinvent the way people and things move around.

The outline of the original Hyperloop concept was made public by the release of a preliminary design document in August 2013, which included a notional route running from the Los Angeles region to the San Francisco Bay Area, paralleling the Interstate 5 corridor for most of its length.

Despite being met with a fair share of criticism for its far-out conceptual nature, US Transportation Secretary Anthony Foxx issued his support for Elon Musk's Hyperloop idea, suggesting that the project may be eligible for government funding. Hyperloop One has raised $80 million in venture capital financing and performed its first, albeit very short, open air test.

Topping other futuristic transportation news in 2015 was word that a new patent has been granted for a space elevator that is supposed to reach 12 miles high, perhaps the closest humanity has come to a working design.

Melgross, your objections will be even more relevant when Google launches "self-flying" cars. Let's hope they don't use Apple Maps as a fallback, in case of Google Maps failure. The disparities between the two can be confusing and they often offer conflicting routes.
Reply  |  Post Message  |  Messages List  |  Start a Board
InformationWeek Is Getting an Upgrade!