Bay Area residents will soon have a new ride-sharing option when social navigation app Wave introduces its Rider carpool service. Waze is owned by Google, which is looking to go head-to-head with services from Uber and Lyft.

Fans of the mobile application Waze, who can use it to collect real-time data on traffic accidents and speed traps to ensure the fastest route to their destination, may soon be able to use the app to hail a ride.

More than 25,000 employees at companies in the Bay Area would be able to use Waze to select a carpooling option through a new free app called Waze Rider, according to a May 16 report in the San Francisco Chronicle.

Waze Rider will find other commuters who share a similar route by tapping into the app's more than 700,000 registered drivers.

Adobe, Walmart Global eCommerce, and the University of California San Francisco (UCSF) are among the organizations in Waze's pilot program, the article stated. 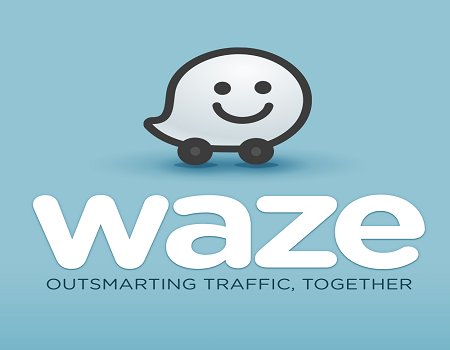 "This is kind of an extension of what we do at Waze, to build this trusted community," Josh Fried, head of partner development for Waze's carpooling efforts, told the Chronicle.

There are other carpooling-related apps, such as Carma and Scoop, as well as ride-sharing options from popular applications Uber (UberPOOL) and Lyft (Lyft Line), but none of them so far have been a game-changer when it comes to commuters combining their daily drives.

"Critical mass is a big reason carpooling hasn't been able to be as successful as it could be," Susan Shaheen, co-director of UC Berkeley Transportation Sustainability Research Center, told the Chronicle. "It's exciting to see how we can use technology in a socially and environmentally beneficial way."

Lyft Line and UberPOOL operate in a similar fashion to the Waze pilot program, matching up passengers headed in the same direction, and both services guarantee the fixed rate even if no other passenger is found to share the ride.

The Bay Area pilot program is just the latest step in Google's expansion plans for Waze. In 2015, the company began testing a carpool coordination service in Israel for users of its Waze navigation app.

[Read how Google is hiring testers for its driverless vehicles.]

The service, called RideWith, is designed to connect people who drive a regular route to work with people who live along or near the commute route and need a ride.

It is offered as an opt-in service through the Waze app to selected drivers in parts of Tel Aviv, Israel, where the Waze team is based, and to passengers through a separate RideWith app.

Despite the popularity of carsharing apps like Uber and Lyft, as well as the rise of programs like Zipcar and its competitors, a March survey by Kelly Blue Book indicated these programs (so far) pose no real threat to new car ownership.

According to the study, 80% of the respondents indicated that owning or leasing a vehicle provides a sense of freedom and independence, and among car sharing and ride sharing users, nearly three-quarters of them reported that they would be driving themselves sometime in the next six months.

Another interesting result was the fact that awareness of ride sharing didn't necessarily translate into usage.

Around 75% said they were aware of ride sharing operations like Uber and Lyft, but only 16% -- mostly Millennials and city dwellers -- reported that they actually have used these services

Nathan Eddy is a freelance writer for InformationWeek. He has written for Popular Mechanics, Sales & Marketing Management Magazine, FierceMarkets, and CRN, among others. In 2012 he made his first documentary film, The Absent Column. He currently lives in Berlin. View Full Bio
We welcome your comments on this topic on our social media channels, or [contact us directly] with questions about the site.
Comment  |
Email This  |
Print  |
RSS
More Insights
Webcasts
Fact or Fiction? The Truth About Cloud Native Security
Leveraging Infrastructure as Code to Streamline Security & Operations
More Webcasts
White Papers
Gorilla Guide Extended Detection and Response
Ransomware, the Exploding Cyber Threat
More White Papers
Reports
2021 Digital Transformation Report
Are We Cyber-Resilient? The Key Question Every Organization Must Answer
More Reports