The launch of a YouTube Gaming site in the US and UK will put it in direct competition with Twitch, owned by Amazon.

Google is adding a new channel to YouTube with a Gaming homepage, featuring a live experience that makes it simpler to broadcast gameplay to the company's popular video website.

Although the site is scheduled to go live Wednesday, Aug. 26, in the US and the UK, a visit to the site currently brings users to a "Coming Soon" landing page and the ability to get an email notification for site updates.

Once live, the YouTube gaming site will offer users content spanning games from Asteroids to Zelda, with more than 25,000 games getting their own page. It is also providing a single place for all related videos and live streams about individual titles. 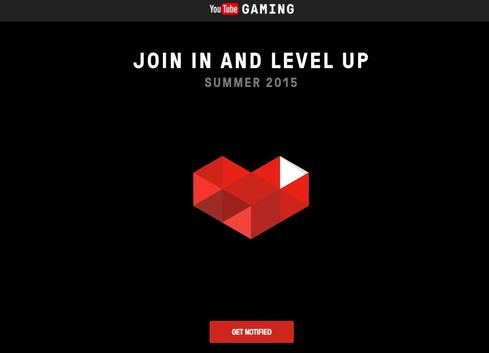 On top of existing features like high frame-rate streaming at 60 frames per second (fps), DVR, and the automatic conversion of streams into a YouTube video, Google is redesigning they system so that users no longer need to schedule a live event ahead of time, and creating a single link users can share for all their streams.

"We wanted to create a one-stop shop for all gaming content," Ryan Wyatt, YouTube's head of gaming, said in an interview with the BBC. "At the moment there is a fragmented experience. People go to different places for live content, and YouTube for video on demand. We have amazing gamers that don't live stream yet. Now they have that opportunity."

The website will also offer users channels from a wide array of game publishers and YouTube creators.

"We're not treating gaming any differently on YouTube. The app is a lens for gaming content, the key thing is discoverability. We created a live platform that will benefit all of YouTube," Wyatt explained. "I can picture sports, beauty tutorials, live cooking streams."

The service will rival Twitch, a live streaming video platform owned by Amazon that was introduced in 2011 and includes play-throughs of video games by users, broadcasts of e-sports competitions, and other gaming-related events.

[Read about mobile games that can ease your commute.]

The twitch.tv website had hit an average of 43 million viewers per month, and by February 2014 it was considered the fourth largest source of peak Internet traffic in the US, according to a report in the Wall Street Journal.

"If somebody said 10 years ago that there would be a cable network whose entire purpose was primarily young boys talking over video game footage, that would have sounded pretty terrible," Courtney Holt, chief strategy officer at Disney-owned Maker Studios, said in an interview with the Financial Times. "But it is an incredible new business and form of self-expression, leveraging characters and animation to tell a new story."

Nathan Eddy is a freelance writer for InformationWeek. He has written for Popular Mechanics, Sales & Marketing Management Magazine, FierceMarkets, and CRN, among others. In 2012 he made his first documentary film, The Absent Column. He currently lives in Berlin. View Full Bio
We welcome your comments on this topic on our social media channels, or [contact us directly] with questions about the site.
Comment  |
Email This  |
Print  |
RSS
More Insights
Webcasts
Building Asset Management into Your Enterprise Security Strategy
Data Center Network Operations (NetOps) Reimagined
More Webcasts
White Papers
The Impact of the SolarWinds Breach on Cybersecurity
ITSM for the Enterprise - What Makes it Work?
More White Papers
Reports
Enabling Enterprise Resiliency Through Cyberthreat Detection
The State of DevSecOps Report
More Reports

Does Identity Hinder Hybrid-Cloud and Multi-Cloud Adoption? Joao-Pierre S. Ruth, Senior Writer,  4/1/2021
White Papers
Cloud Threats Are Different, Your Security Should Be Too
The 2021 Threat Hunting Report
WhiteHat Professional Services Package
Dark Reading Report: Battle for the Endpoint
The Five Major Security Pitfalls of WFH and How to Solve Them