Three IT leaders talk about how they transformed their cultures and became more innovative.

Three successful IT leaders spoke at the Interop Leadership Track on Wednesday, and while they all come from very different organizations with different business plans and needs, they all came to the same conclusion. If you want to innovate, it starts with culture.

The first to speak was Terry Bradwell, former CIO and now Chief Innovation Officer of AARP. Bradwell did a daring and unusual thing for IT. He actually created new lines of business for AARP. "When we think about traditional IT, what are we concerned about? Wringing out every dime of efficiency possible," Bradwell said. He didn't think it was enough to just have the cheapest cost center possible.

"We changed our mindset to transform our organization," Bradwell said, "not to be the most efficient or the most cost effective. [We realized that] when we're in almost every business conversation the business has, we have to understand our business as well as everyone else. We have the chance to connect the dots across the organization. We made the commitment that we are going to be a strong value center."

Bradwell launched a tablet designed specifically for seniors and a senior tech training service that has gone on to national success. And then he turned those new products over to business units to run as ongoing operations. The key, Bradwell said, was that they offered the business an unusual deal: "We'd say, 'We'll take all of the risk, and give you all of the reward.'"

Challenging his own organization to "connect the dots" and think "entrepreneurially" didn't happen overnight. It came by making sure IT was in every conversation as early as possible. And it came from cataloging every time one of his IT pros felt the business was missing something. If they saw the business missing something enough times, they'd pilot it themselves.

[ For another leadership story from Interop read UPS Delivers on Data. ]

The second speaker, Eduardo Ruiz, Director of IT for the Association of Schools and Programs of Public Health, spoke specifically about how the power of his culture allowed his small team of eight to punch "well above its weight, producing success on a national scale."

Ruiz admitted that for many enterprises, "culture is squishy." A culture is made up of interactions between people. As the interactions begin to multiply, it becomes more difficult to predict or direct the culture. But Ruiz said, "If you start to pay attention, you can create a deliberate, vibrant culture."

Ruiz believes there are three elements to a culture -- people, environment, and team. When it comes to people, Ruiz says, "Invest in people. They are your greatest resource. Training is usually the first thing to go when you have limited resources or budgets get tight. But you can get creative. And most important, don't discount learning from each other."

And then put that talent in a good environment to work. Ruiz uses physical environments to help his team handle stress. But he also makes the environment accepting of a certain level of failure and helps people have the resources to push out of their comfort zones with success.

Once you have that in place, you can work on team. "When I say team processes, I mean more of the human management aspect. Every time a new employee comes on board, they get a new laptop and a Rubik's cube," he said. "And if they don't know the algorithm to solve it, another member teaches it to them." This not only teaches a way of thinking, but it also creates an early bonding moment for the new hire. They all keep their cubes proudly on their desk. 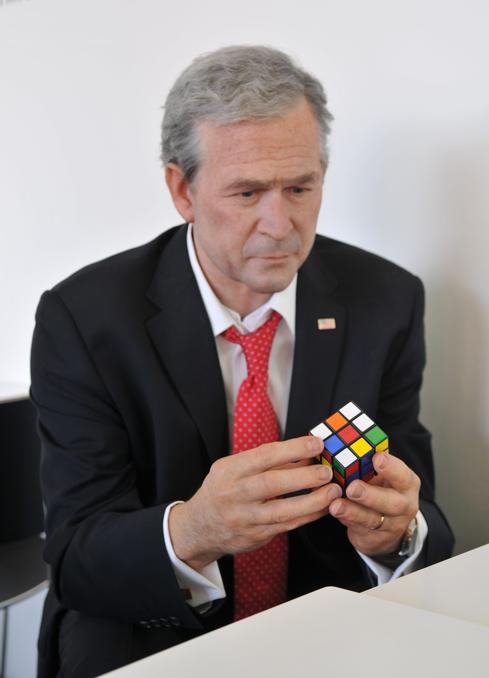 Ruiz ended by pointing out a fundamental truth: "Culture exists whether you intend it or not. Shaping culture is more of an art form than a science, but if you put in place policies and procedures, you enhance or diminish the culture." Which would you rather do?

The 'Gift of Accomplishment'

When Jonathan Feldman took his job as CIO of Ashville, NC, 10 years ago, just as he sat down to his desk a crucial system went down for two days. He inherited a system that had too much downtime, a team with low morale, and consistently bad customer service ratings. He also had so many projects going at once, no one was getting anything done. "Imagine kicking 30 soccer balls down the field at once. You kick one and then run over and kick another and another. You never get anywhere."

Feldman first moved to change the culture by reducing his team to five priorities. That was all about giving his employees what Feldman calls "the gift of accomplishment." No one wants to go to work and feel like they are accomplishing nothing. When they had fewer soccer balls to kick down the field, they started delivering on projects.

Feldman then went out and starting measuring the things most important to him, including downtime of key systems and customer service. And most importantly, he publicized his department's goals. "When you say something out loud, there's nothing more embarrassing than not getting it done," said Feldman. "Every single quarter we do a quarterly report. Here's what we said we'd do, and here's what we actually did. And you see it in a very visible and tangible way. And most importantly, we admit to the ugly picture."

"When you start measuring," Feldman added, "just the act of measuring something affects behavior."

Feldman started seeing results. Then he did something just as important as reporting them: He celebrated them in public. "What gets celebrated gets repeated." His reward is an innovative and successful team that is trusted by the public and his stakeholders.

All three of these transformations have a lot in common. They created a culture without fear of failure, each in its own way. They created teams willing to take chances and innovate. But all three stressed that, before you can innovate, you have to have the back office running smoothly or else you'll be spending all your time putting out fires and no time innovating. If you want to innovate, take it from these three: Start with your culture.

David has been writing on business and technology for over 10 years and was most recently Managing Editor at Enterpriseefficiency.com. Before that he was an Assistant Editor at MIT Sloan Management Review, where he covered a wide range of business topics including IT, ... View Full Bio
We welcome your comments on this topic on our social media channels, or [contact us directly] with questions about the site.
Comment  |
Email This  |
Print  |
RSS
More Insights
Webcasts
Building Asset Management into Your Enterprise Security Strategy
Advancing the Hybrid Cloud & App Modernization Journey with IBM
More Webcasts
White Papers
SANS Institute Survey: The State of Cloud Security
The Five Major Security Pitfalls of WFH and How to Solve Them
More White Papers
Reports
The Need for Speed: Second Generation EDR
Building the SOC of the Future
More Reports