In the Internet of Things, everything needs to be connected and "smart." But, if everything is smart, how do you know what's dumb or doomed to fail?

This includes something called the CH4, what can only be described as a smart "fart detector." Named after a methane formula, it is a small square sensor that, attached to your belt or carried in your back pocket, detects how often you release gas and, through an app, correlates the information with the food you eat.

To emphasize society's growing obsession with the ridiculous Internet of Things devices, Todd Lemmon, a creative director in Nashville, and Andy Bobrow, a comedy writer in Los Angeles, have created an online depository of those smart things -- We Put A Chip In It -- that clearly shows why people are insisting in creating everything connected. "It was just a dumb thing. Then we put a chip in it. Now it's a smart thing," the two told the Wall Street Journal.

Still, despite this ridiculousness, researchers and investors are spending an incredible amount of time, resources, and money, to develop "everything smart." However, the promise of the IoT mega-billion dollar market, with an expectation of more than 60 billion connected devices by 2020, is fueling the introduction of many products that are not only unnecessary, but designed to fail. 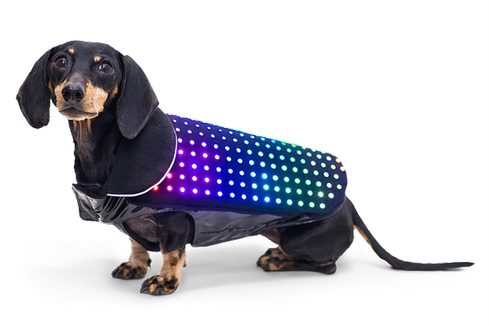 In the Internet of Things, no one knows if you are a dog.

I have identified three main factors that are already disrupting the IoT market, making some projects fail or delaying them. This is where "smart IoT" is running into "dumb" reality.

Many companies are investing millions of dollars to develop and run pilot programs for products that will never reach the market because they fail to incorporate strong security and privacy features.

One key example has been smart meters. The European Union has mandated that 80% of electricity meters should be replaced by smart meters by 2020. Some member states introduced legislation to replace all household meters by 2018.

In The Netherlands, however, there was major backlash: Consumer and privacy organizations were concerned that information relayed as frequently as every 15 minutes could allow employees of utility companies to see when properties were empty or when householders had bought expensive new gadgets. Those concerned citizens campaigned against the new meters, forcing the government to stop deployment.

Later, a new, privacy-enhanced version of the meters was introduced and deployment continued.

In 2014, two Spanish researchers were able to demonstrate that smart meters could be hacked to cause a power outage or commit power-usage fraud.

"There were very scary things we found. You can practically turn the lights off in a city or neighborhood,” Vazquez Vidal, one of the researchers told Dark Reading. He was referring to the threat that hackers could insert malicious code into one box and use it to control nearby meters, and thereby cascade an attack across the network.

These issues have caused enormous expense for utility companies and smart-meter manufacturers, who are now required to modify their devices to comply with regulations that already existed. If they had designed their units with enhanced security and limited unnecessary data collection, they could have avoided the whole problem in the first place.

This has been the subject of the bulk of the IoT discussion at every seminar and conference I have attended in the past two years. The industry doesn't want to be regulated. They are fiercely resisting any hint of a government push for standardization but, at the same time, they are failing to come up with a standard of their own that could make devices communicate with one another.

Internet giants such as Google and Apple are each pushing proprietary protocols, trying to convince developers of their benefits.

Hardware companies, such as Cisco, Ericsson, Qualcomm, and others, are also trying to develop their own communication standards. Finally, appliance manufacturers, such as Samsung and Bosch-Siemens,

Page 2: Should smartphones run everything?

Pablo, with all of the data being collected through IoT devices, with or without the users consent, who then owns that data? The device manufacturer, right? It's going to be up to consumers to try to "hack" all the data agreements for devices claiming to allow them to hack their lives, brains, bodies, etc. etc.
Reply  |  Post Message  |  Messages List  |  Start a Board

@Pablo you're right that those chips are not connected. However, there are wearables that are, like Whistle, which mereged.  with Tagg
Reply  |  Post Message  |  Messages List  |  Start a Board

@Ariella, I agree. But the chips used as pet IDs are not connected (not yet), and they can't be used to track activities.

Many products are designed just to track people. I was just focusing on consumer products, made for home and personal use. But there are thousands of other devices designed to collect information, most of them without any warning or the possibility to opt-out.
Reply  |  Post Message  |  Messages List  |  Start a Board

Actually, the chip in the dog is one of the really useful applications of such technology, as it can be used to identify the owner of a lost dog. Going further with canine wearables allows owners to track their dogs in general, which can give them insight into their habits and health.  However, many things that get connected do not necessarily contribute anything other than metrics that are gathered simply because we have the technology that makes it possible.
Reply  |  Post Message  |  Messages List  |  Start a Board
Editors' Choice
Hot Topics

10 IT Trends to Watch for in 2021 Cynthia Harvey, Freelance Journalist, InformationWeek,  12/22/2020
White Papers
Improving Your Enterprise's Protection With Cyber Resilience
The Dark Side of SD-WAN
The Trouble with Phishing
Five Reasons to Protect your VPN with Multi-Factor Authentication
IDC Workbook: Best Practices for Cloud Security