36 comments
Comment Now
Most of the IoT discussion has focused on connected cars, but motorcycles and other vehicles are getting into the market with surprising results. 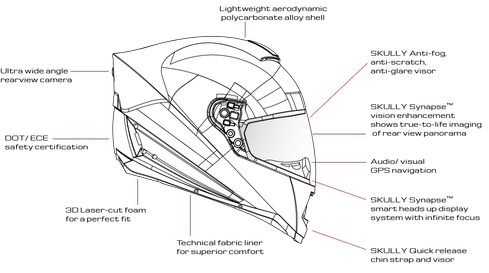 yelanand, radar systems and automatic braaking systems are autonomous vehicles features. They might be added to motorcycles in the future, if manufacturers go that way and there is demand for autonomous motorcycles. Maybe a bike rider could answer to the question if an autonomous bike would be appealing to them. The reasons why someone buys a motorcycle could be differ from the ones that motivate someone to buy a car. However, with vehicle to vehicle (V2V) technology being a legal requirement as soon as 2017, all the vehicles, including bikes, might have to add autonomous features to their models. Do you ride a bike? -Susan
Reply  |  Post Message  |  Messages List  |  Start a Board

While I agree that it could help in safety situations to help reduce speed, I don't think I would personally like to have a motorbike suddenly brake without my knowledge or faster than I can adapt to it.  The shift in balance could cause more personal harm, not to mention the instant response could throw people off and cause more harm.  In cars, it's less of an issue, since there are more safety controls in place to protect the driver, but on a motorbike, suddenly stopping or changing position could be riskier (if not more dangerous) for both the rider and other motorists in the vicinity.
Reply  |  Post Message  |  Messages List  |  Start a Board

Maybe the bike should come with radar systems and automatic braking system. Suppose you are flying at 100 miles an hour and its a road covered with blind turns. You take a turn and the radar detects a fast moving automobile coming towards you and knowing that you cannot react quickly it brakes for you.
Reply  |  Post Message  |  Messages List  |  Start a Board

I have seen skully helmets and I was impressed with the blind spot avoidance camera and in built Bluetooth chatting capability. Now they integrate it with iot and this has got me interested. Maybe this kind of service would be available to all bikes in general.
Reply  |  Post Message  |  Messages List  |  Start a Board

shakeeb, Are you planning to buy one? :D They are offering test rides as well. I believe the combination of the Skully helmet and the Zero motorcycle has to offer a great experience to the rider. Not to mention both are working to make roads safer. -Susan
Reply  |  Post Message  |  Messages List  |  Start a Board

I just love the concept. I can't wait to get my hands on one of these beasts. Skully seems to have a good response from the motorcycle riders.
Reply  |  Post Message  |  Messages List  |  Start a Board
<<   <   Page 4 / 4
Editors' Choice
Hot Topics