Once upon a time, Apple unseated BlackBerry as king of the smartphones. Could BlackBerry return the favor by switching to Android? Check out a surprisingly close battle that comes down to intangibles.

BlackBerry's back, baby! Put on your Sean John Jeans and Lugz because it feels like 2007 all over again.

Remember when you owned a BlackBerry and were deciding between keeping it or heading to the iPhone? Now you can make that decision all over again, because BlackBerry has a new Android phone called the Priv. Ordinarily, if a publication like ours was going to discuss the new iPhone we'd compare it to the flagship Android phone like a Galaxy. In fact, we did.

But let's not forget that iPhone vs. BlackBerry was once the battle in the heavyweight division. And now that BlackBerry has jumped on the Android bandwagon, it could be again. Let's check out the tale of the tape:

The typical stuff such as specs are more even than you'd think. We don't know all the details, but rumors say the screen size on the BlackBerry Priv should be about the size of the iPhone 6s Plus with comparable resolution. Storage space is comparable to the lower-end models of the iPhone, and more than adequate for most uses. The chip and other stuff is close enough.

[ Of course, we know in sales there will be no contest. Read IPhone 6s, 6 Plus Pre-orders Could Set Record. ]

That means we get to judge on the intangibles. Is there anything (serious or less serious) that we can use to separate them? We'll try.

Apple: The iPhone doesn't have a name that sounds like a 19th century name for the bathroom.

BlackBerry: But Priv has a keyboard!

BlackBerry: Priv comes in black. Because black is the color of business!

Apple: iPhone is such an iconic look, its style hasn't changed in eight years.

BlackBerry: The Priv keyboard makes it super thick. You'll never forget it is in your pocket… if it fits. 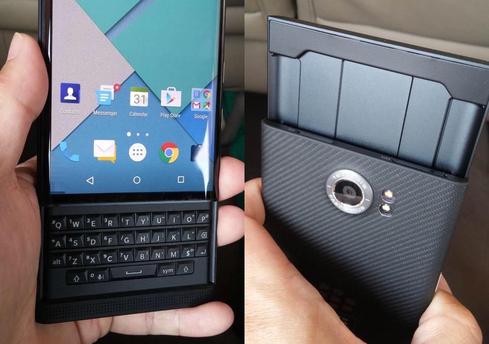 BlackBerry: You wouldn't need 3D touch if your keys were actually in three dimensions, like they are on the Priv.

Apple: iPhone has a fingerprint scanner.

BlackBerry: BlackBerry has never lost a bunch of celebrity pictures.

Apple: No celebrities took pictures of themselves with a BlackBerry.

Apple: iPhones will someday work with your Apple Car.

BlackBerry: There are 8.4 mg of Vitamin C in an Apple, and 30.2 mg in a serving of Blackberries. Talk about what keeps the doctor away.

Apple: All the hipsters love it.

BlackBerry: All the hipsters love it.

Hrmm… in the end, it is just too close to call. Maybe I'll just stick with this baby. 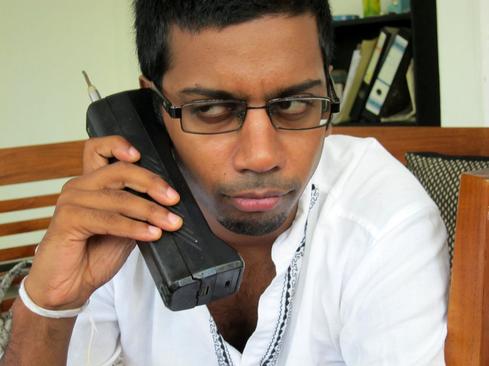 David has been writing on business and technology for over 10 years and was most recently Managing Editor at Enterpriseefficiency.com. Before that he was an Assistant Editor at MIT Sloan Management Review, where he covered a wide range of business topics including IT, ... View Full Bio
We welcome your comments on this topic on our social media channels, or [contact us directly] with questions about the site.
Comment  |
Email This  |
Print  |
RSS
More Insights
Webcasts
What We Can Learn from Sports Analytics
Protecting Your Enterprise's Intellectual Property
More Webcasts
White Papers
Passwordless: The Future of Authentication
The 2020 Duo Security Trusted Access Report
More White Papers
Reports
The Malware Threat Landscape
Special Report: Understanding Your Cyber Attackers
More Reports

@yalanand- I assume what we'll see eventually is that BB will have two flagship phones--a slideout keyboard phone and a "candy bar" phone. I tink the Priv is just the toe in the water.
Reply  |  Post Message  |  Messages List  |  Start a Board

If at all you need a physical keyboard, do it like Nokia did. Make the keyboard come out from the sides, and not the bottom. And if the keyboard is in the sides, make it smaller than the actual size of the phone.
Reply  |  Post Message  |  Messages List  |  Start a Board

The keyboard does seem to be in somewhat of an odd position, that's a good point. Assuming the weight of existing smartphones, I can see how it might be uncomfortable or bear weight at an odd angle. Do you have any thoughts on what would've made a better design, assuming the physical keyboard is a given? It seems that Blackberry is definitely aiming to get their old diehards back (they're certainly not likely to make much headway with youngsters), so, yeah, older executives that used them once upon a time. Still, that same crowd can be very fickle if things aren't just how they like them - if the Priv doesn't take off, Blackberry might not have a second chance.
Reply  |  Post Message  |  Messages List  |  Start a Board

@zerox203- I'm not sure. The window was so tight, I'm not sure we ever got to use the phones to the end of their lives. Usage patterns were also different then. People weren't using their Smartphones all day every day like they are today.

I'm not saying the physical keyboard can't work. I'm just saying it might take some re=thinking and re-engineering for a different world. We'll see if they did that.
Reply  |  Post Message  |  Messages List  |  Start a Board

@Stratustician- The lack of apps is a real issue and I'm glad they've fixed it. A few years ago, I went to Blackberry Live and they gave me a beautiful new Blackberry phone. It was top of the line in terms of specs and I found it just as easy if not easier to use than my Android. I was planning on making it my primary phone over the Android I had at the time.

There was only one problem-- no apps. I couldn't find the music apps or mobile games I was used to at the time.

Now that they're with Android that is taken care of. If they can keep making great phones, they can carve out a real niche.
Reply  |  Post Message  |  Messages List  |  Start a Board

@David: Physical keyboards would be done away with fairly quickly. I used to love them when Google's keyboard was cluttered with bugs and ugly themes, and fairly small buttons, but then Google upgraded, with even vibration feedback for keys and light and dark themes. That killed my desire of having physical keyboard. Also this desire was killed more so when they gave amazing autocorrect to the keyboard. Now I don't even look while typing.
Reply  |  Post Message  |  Messages List  |  Start a Board

Blackberry can instead make really good looking metal body smartphones for the executive class like Apple. No smartphone below the $599 price tag, and that would attract buyers, if the handset is really slim, in a metal body and BB provides good services. I don't mind the physical keyboard but if you hold the keyboard you cannot really grip the phone firmply, and it would likely fall from your hand while typing.
Reply  |  Post Message  |  Messages List  |  Start a Board

Good point. I wasn't much of a smartphone user back then, but how does that 1-2 years compare to phone life cycle back in the original blackberry heyday? I feel like they were a little longer then, too. Considering Blackberry seems to be banking on the physical buttons as a way to recapture their former audience, one might think they'd spare no expense in making sure they're as high-quality and durable as they can be - but, that too falls into the category of 'things you won't know until you've already bought one'. I think that apprehension might hurt them when people have fallen into the habit of going with a known quantity like Samsung and being done with it.
Reply  |  Post Message  |  Messages List  |  Start a Board
Page 1 / 2   >   >>
Editors' Choice
Hot Topics

10 IT Trends to Watch for in 2021 Cynthia Harvey, Freelance Journalist, InformationWeek,  12/22/2020
White Papers
From MFA to Zero Trust
Two-Factor Evaluation Guide
Presenting Your Cloud Security Strategy to the Board
The State of Threat Detection and Response
The Insider's Guide to IP Geolocation Data During COVID-19