A first-quarter 2015 "reality check" survey by IT staffing firm TEKsystems finds that IT leaders are bullish on hiring this year.

When it comes to IT hiring, one quarter can make a big difference.

IT staffing firm TEKsystems polled more than 500 IT leaders in fall 2014 for its 2015 TEKsystems Annual IT Forecast, and respondents were already bullish about their hiring plans.

In a first quarter "reality check" survey conducted by TEKsystems, which has not yet been publicly released but was provided in advance to InformationWeek, it appears that IT organizations will be hiring even more people this year than predicted. TEKsystems polled 500 IT leaders throughout Q1 2015 for its reality check update.

For its 2015 Annual Forecast, TEKsystems polled CIOs, IT VPs, directors, and hiring managers in October 2014 about a number of topics, including their hiring plans. Four in 10 (40%) predicted then that they would increase their number of full-time employees. 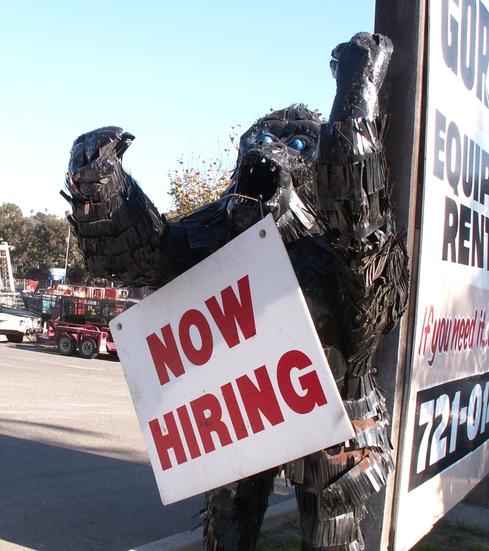 In the Q1 reality check, that number rose to 45%. More IT leaders surveyed also expected to hire contingent workers than originally predicted; 51% of respondents in the Q1 survey said they expect to increase the number of contingent workers they hire, compared with 31% in the October 2014 survey.

The most notable change, though, is in the IT skill sets that survey respondents are seeking. In the October 2014 survey, the positions cited by respondents as most difficult to fill with top talent were:

This probably coincides with a fairly rapid ascent of security as the top IT priority. In the October 2014 survey, 52% of respondents said security had the biggest impact on their organization, compared with 58% who said the same in the Q1 2015 poll.

Cloud is making a similar charge up the ranks of IT priorities. Only 29% of respondents to the October 2014 survey said cloud was making the biggest impact on their organizations, compared with 42% in the Q1 survey. (Multiple priority choices were allowed in each survey.)

Other areas of the survey, such as leadership's confidence to serve the business and budget sizes, remain roughly unchanged.

The study gives us a unique look into the quickly shifting priorities of IT leaders today, and gives IT pros insight into whether their skills are in demand. We can safely say it is a good time to be looking for a new job in IT, especially if you are a developer or a security pro.

What do you think? Is this survey in line with what you are seeing in your own career? What job openings do you see? What skills are in demand? Are there IT jobs out there at all? Tell us in the comments section below.

David has been writing on business and technology for over 10 years and was most recently Managing Editor at Enterpriseefficiency.com. Before that he was an Assistant Editor at MIT Sloan Management Review, where he covered a wide range of business topics including IT, ... View Full Bio
We welcome your comments on this topic on our social media channels, or [contact us directly] with questions about the site.
Comment  |
Email This  |
Print  |
RSS
More Insights
Webcasts
Fintech at SaaS speed: Navigating the scale & security challenge
4 Practical Tips for Building a Data Lake
More Webcasts
White Papers
4 Key Elements of an ML-Powered NGFW: How Machine Learning is Disrupting Security
Research from STL Partners and Vertiv Reveals Why Telcos Should Prioritize Efficiency and Sustainability in 5G Network
More White Papers
Reports
Intelligent Outcomes Are Key to Business Resilience
A Decade of Passive DNS
More Reports