Japan plans on testing and deploying a fleet of automated taxis. That seems like a something we could have a lot of fun with.

Japan's Robot Taxi, Inc., may have beaten Google and Uber to the automated car punch. The company plans on testing automated taxis next year in Japan with the hopes of deploying an entire fleet of autonomous taxis for the 2020 Olympic games. Imagine being an athlete or a visitor at the Olympics and getting from your hotel to the stadium in a driverless car.

It feels altogether fitting and proper that Japan gets to show this off first since Japan has given us so many great futurist visions through science fiction and anime. We'd expect no less from a nation that has already given us a hotel staffed entirely by robots.

One of the most interesting things about an automated taxi -- as opposed to an autonomous passenger car -- is that it needs artificial intelligence with an emphasis on customer service. It needs to be friendly, it has to be able to ask questions, and it will require connection to a cloud database for questions like "What's a good place to eat around here?" So, it isn't ony about testing the driving, but also testing the experience passeners have with whatever robot/disembodied voice they interact with in the taxi.

[ Take your taxi on a road trip and rock out. Read Google Self Driving Car: A Roadtrip Playlist. ]

Here's the question I have: Now that the future is here, what should we do with it? How is driving in an autonomous taxi different from being in a car with a driver? What fun can we have with them while they learn to deal with quirky humans? Here are 10 things that would be fun to do in an automated taxi:

10 Things to Do In a Robot Taxi

2. Tip it by leaving some extra circuit boards and a quart of oil lying around in the back seat.

3. Go from your robot-staffed hotel, to your robot taxi, to a restaurant with no servers to avoid ever interacting with a real human.

4. Ask it to use some hay as a ramp and jump over a creek, like in Dukes of Hazzard. If it won't do it, try  it yourself by setting up some hay and destroying a bridge. Maybe the taxi will believe Google Maps and go for it. 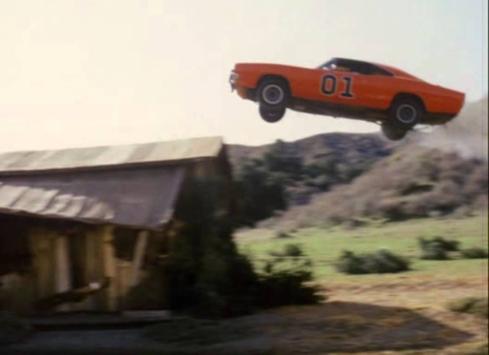 5. Try to leave without paying to see if it locks you in. This is the biggest question I have about automated taxis. What are they allowed to do to make sure you pay? I'm sure they have cameras. But can they lock the doors on you? Drive you back to where you started? Introduce you to a friend named "Lenny"?

6. Ask it to take you on such a long trip you know it will need gas. Seriously, how does the thing fill itself up? Are there robot gas stations in Japan, too? Do you have to do it?

7. Test its programming by insulting it. Tell it that its mother was an Uber driver.

9. When you get out of the car, say "Domo Arigato, Mr. Roboto." See if the car is programmed to get the joke. Annoy your friends. 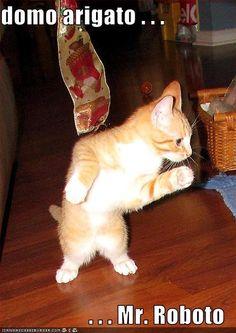 10. As it pulls away, stick your foot out to see if it runs over you. Sue if you can.

What would you do?

David has been writing on business and technology for over 10 years and was most recently Managing Editor at Enterpriseefficiency.com. Before that he was an Assistant Editor at MIT Sloan Management Review, where he covered a wide range of business topics including IT, ... View Full Bio
We welcome your comments on this topic on our social media channels, or [contact us directly] with questions about the site.
Comment  |
Email This  |
Print  |
RSS
More Insights
Webcasts
Managing Your Enterprise Collaboration Platforms
Leveraging Infrastructure as Code to Streamline Security & Operations
More Webcasts
White Papers
Enterprise Guide to Policy as Code - Design, Build, and Runtime
Integration Platform as a Service for Order Management Systems: Why Should You Care?
More White Papers
Reports
Forrester Report: The Total Economic Impact Of Bizagi's Low-Code Intelligent Process Automation Platform
Cortex XDR Rides the Forrester Wave as a Leader
More Reports