Jon Stewart left "The Daily Show" in a way that exemplifies the kind of leader he has been for 16 years. Here are 10 lessons that any leader can learn from his example.

You don't stay on any job for more than 16 years without being pretty good at it, especially in entertainment. Jon Stewart clearly was pretty good at reading fake news stories on "The Daily Show," but what he may have excelled at even more is being a laeader.

By all accounts, Stewart built one of the best places to work in all of entertainment, one of the best-oiled machines in terms of putting a show together, and a place that routinely discovered and developed new talent.

Really, that's all you can ask from a leader. And Stewart displayed those talents Aug. 7  in the final episode of "The Daily Show." It wasn't the most entertaining piece of television, but it was a celebration of all the things that made the show great. In it, you saw what made Stewart a great comedian and a great leader. Here's what I learned about leadership from watching the show (spoiler alert for those who haven't seen it yet):

1. Make stars out of your people. Every person who had ever worked in front of a camera on "The Daily Show" came back for a cameo on the final episode. There were big movie stars such as Steve Carrell, and Stephen Colbert, the man who will replace David Letterman as the host of "The Late Show." There were people who are now on "Saturday Night Live" such as Michael Che, alongside folks producing or starring in their own sitcoms. Stewart's replacement Trevor Noah and his spiritual successor John Oliver were there as well. While most managers worry about losing their best people or spending time developing people who will leave, Stewart gave his people a place to thrive and grow knowing their success would only improve the show and his reputation. The show found more stars than Neil Degrasse Tyson.

3. Pass the torch. It was a small moment, but Noah came on stage to pretend to rearrange the studio to his liking. The scene ended in a handshake between the two hosts. Endorsing Noah is an important part of the transition for his audience. It makes everyone feel better. As a leader rises, his responsibility is to make sure that the change isn't disruptive. Endorsing your replacement is vital, whether or not you stay in the organization.

4. Apologize. For some, the most interesting story of the week was when "The Daily Show" alum Wyatt Cenac told a story of Stewart allegedly being racist. Whatever happened or didn't happen, the two buried the hatchet on live TV. In a touching scene, the two asked each other if "we're good."

5. Don't ask for thanks. One of the most interesting moments of the night was when Colbert went off script to thank Stewart. He said that Stewart always said that no one should thank him, because everyone earned their right to be there and they owed him nothing. Colbert said, of course, that it wasn't true -- that they owed him many thanks. But Stewart's sentiment is right. Your people earned their spot. They owe you nothing.

6. But constantly give thanks. On the other hand, you'd be nowhere without your team. The reasons everyone Stewart ever worked with found a way to come back to see him off is that they were grateful for the way they were treated. If this doesn't convince you, listen to Gen. John Michel talking about the power of thank you in leadership in our radio archive.

7. Go out "like a boss." Or if that doesn't work, with the Boss. Really, if you can get Bruce Springsteen to play your retirement party, you did something right.

8. Have a manifesto. The entire show was basically one big "thank you," except for a brief moment where Stewart decided to talk about BS and how easy it is to detect in politics and marketing. Reading between the lines, Stewart's BS speech was his way of saying, "I've done this for 16 years. I've left you the tools to do what I've done for yourself. You don't need me anymore." This was Stewart leaving a lasting view of his vision, something every leader needs to do.

9. There's a difference between taking yourself seriously and taking your job seriously. If you can't laugh at yourself, no one will laugh at anything. And that goes for comedy or the job. 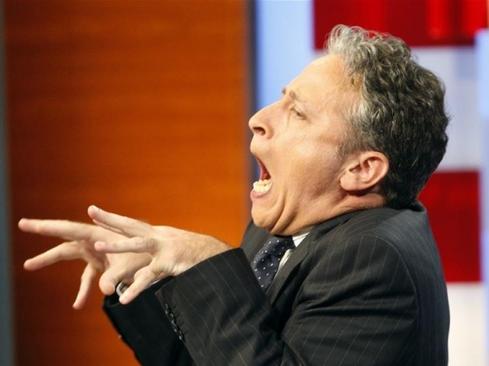 10. Leave on your own terms. Stewart could have stayed and milked the show for years and made millions of dollars in the process. Instead, he left. Leaders know when their time is up and step aside so someone else can have their turn at the top.

David has been writing on business and technology for over 10 years and was most recently Managing Editor at Enterpriseefficiency.com. Before that he was an Assistant Editor at MIT Sloan Management Review, where he covered a wide range of business topics including IT, ... View Full Bio
We welcome your comments on this topic on our social media channels, or [contact us directly] with questions about the site.
Comment  |
Email This  |
Print  |
RSS
More Insights
Webcasts
Bolstering Your Enterprise Cyber Risk Assessment
Disaster Recovery/Business Continuity in the New Normal
More Webcasts
White Papers
Zero Trust Journey + Approach Infographic
Why You're Wrong About Operationalizing AI
More White Papers
Reports
Future Proofing Your Network for 5G
Planning Your Digital Transformation Roadmap
More Reports

@technocrati- Just so you aren't suprised when you watch the show, Stewart didn't say those exact words. I just read those words between the lines in his message on BS. I think when you watch you'll see what i mean. I hope, at least.
Reply  |  Post Message  |  Messages List  |  Start a Board
InformationWeek Is Getting an Upgrade!