A team of architects is trying to attract billions of euros via an Indiegogo fundraising campaign to bring part of The Lord Of The Rings to life. Would you want to live in a real-world version of the capitol of Gondor? 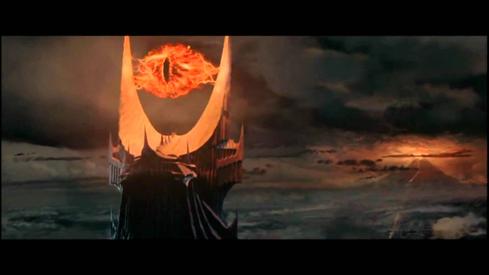 could house the hotel rooms, and all the windows could be replaced with LCD screens showing the stars go by as if we're at warp.

I never cared for Hogwarts, but I've always wanted to be a student at Charles Xavier's School for Gifted Youngsters. The X-Men aren't as hot as the Avengers right now, but that can all change with the right movie.

Even if Minas Tirith doesn't work out, I love the idea of living in a city with style and flavor. Residing in Minas Tirith might feel as if you were living in a history park like Colonial Williamsburg. But imagining living in fictional settings inspires us to reshape and rethink our cities. Could we use today's technology to build the San Francisco that is the capital of the Federation in Star Trek? Is that how we'd want to live?

Without a theme park company like Disney stepping in, this project will never happen. But I love the way these guys think. What do you think? Would you live Minas Tirith? What sci-fi or fantasy world would you like to see brought to life? Could you imagine living in a tourist attraction? Tell me in the comments section below.

David has been writing on business and technology for over 10 years and was most recently Managing Editor at Enterpriseefficiency.com. Before that he was an Assistant Editor at MIT Sloan Management Review, where he covered a wide range of business topics including IT, ... View Full Bio
We welcome your comments on this topic on our social media channels, or [contact us directly] with questions about the site.
Comment  |
Email This  |
Print  |
RSS
More Insights
Webcasts
Claim Your Free Event Pass Today - Enterprise Connect 9/27-9/29
3 Ways to Detect and Prevent Man-in-the-Middle Attacks
More Webcasts
White Papers
How to Plan for Endpoint Security Against Ever-evolving Cyberthreats
Questions to Ask in Evaluating a Deception-Based Cybersecurity Solution
More White Papers
Reports
Gartner's Top 9 Security Trends in 2020
Cortex XDR Rides the Forrester Wave as a Leader
More Reports
Copyright © 2021 UBM Electronics, A UBM company, All rights reserved. Privacy Policy | Terms of Service