If you have ever attempted to get something done on a Windows PC, there's a good chance you are familiar with Solitaire.

The world's most famous detriment to human productivity turns 25 this year. To celebrate the milestone and "the decades of fun it's given us all," Microsoft is holding an internal Solitaire tournament to weed out its top players.

That's right -- employees will battle for the honor of being recognized as one of Microsoft's top Solitaire gamers. They'll even be able to play with co-workers from their PCs.

After determining who leads its team, Microsoft will open the tournament to procrastinators around the globe. Anyone with access to the Solitaire Collection (available on Windows and Windows Phone) will able to put those Solitaire skills to the test in early June.

As with most 25 year-olds, there has been a lot of change to Solitaire since it was introduced in May 1990. Developers built upon the original version to create five more: Spider, Klondike, Pyramid, TriPeaks, and FreeCell. All modes will be included in tournament play.

Solitaire was not included in development of Windows 8, one of the many issues inherent to the failed OS. We'll see its return over the next few months, as Microsoft is building Solitaire into the upcoming Windows 10.

This isn't the only gaming news coming from Redmond this week. Microsoft also announced that Casey Hudson, former game producer at BioWare, is filling the role of creative director at Microsoft Studios. There, he will primarily focus on the creative direction of HoloLens Experiences. 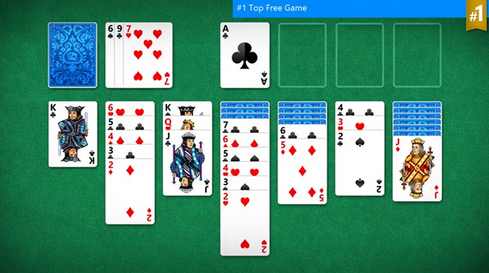 "I was fortunate to try an early prototype of HoloLens before it was announced, and I was blown away by the technology and what it was already capable of," said Hudson in a post on Microsoft's official Xbox blog.

Hudson notes that HoloLens experiences like "Skyping with a friend who can draw on the walls on my environment" and "sculpting an object in 3D modeling software while a hologram of it sits on a tablet next to me" have convinced him of the technology's potential. He'll be working to evolve the HoloLens experience, ranging from apps and games to the OS and hardware.

Kelly Sheridan is the Staff Editor at Dark Reading, where she focuses on cybersecurity news and analysis. She is a business technology journalist who previously reported for InformationWeek, where she covered Microsoft, and Insurance & Technology, where she covered financial ... View Full Bio
We welcome your comments on this topic on our social media channels, or [contact us directly] with questions about the site.
Comment  |
Email This  |
Print  |
RSS
More Insights
Webcasts
5 Steps to Integrate SAST into the DevSecOps Pipeline
Building an Incident Readiness and Response Playbook
More Webcasts
White Papers
NetFlow vs Packet Data
Definitive Guide to Securing DevOps
More White Papers
Reports
Can You Spare 10-12 Mins to Help Us Out with a Survey on Tech Trends?
Got 7 Minutes? Dark Reading Needs Your Help With Our Survey on Incident Response
More Reports

It was a vicious cycle between minesweeper, mahjong and solitaire. Countless hours wasted in the quest for what? Still wouldn't trade it for anything.

The release on archive.org of all those old DOS games is just the root of all evil. If I start to go down that road I think I will forever stop functioning as a productive human being. Every game I loved through my school days is on there. It would just be so easy to lose a couple of hours or days on there... I will try to stay strong though... but they are calling to me!!!

There are also still so many of the sites that offer solitaire games and all of those things like tripeaksolitaire.com and it is just so easy with both sites to just quickly pop in for a game.

...better go and make coffee now before I lose another 72 hours of my life and don't know where the time went.
Reply  |  Post Message  |  Messages List  |  Start a Board

@sachinee- Yes, I went through a Mahjong phase, but it never kept my mind as engaged as minesweeper. I think it is more of a zen relaxation game. I pull it out when I want some quiet music playing and some downtime.
Reply  |  Post Message  |  Messages List  |  Start a Board

@david: Have you seen the Mahjong Titans game that comes with windows 7? Its pretty fantastic as well.
Reply  |  Post Message  |  Messages List  |  Start a Board

@technocrati:Minesweeper for me was also a good experience. But I never quite understood the rules so I kept on clicking on those white tiles till I exploded.
Reply  |  Post Message  |  Messages List  |  Start a Board

@Whoopty: the only game I liked was the pinball 3D, and my oh my wasn't it enthralling. It probably was the first game I ever played on a computer.
Reply  |  Post Message  |  Messages List  |  Start a Board

I figured out the basic solitaire, but couldn't for the life of me ever figure out what was going in Spider soilitaire. I would have looked up a how to, but I think the last time I put any time into it our internet was in the single kilobytes per second and screw waiting for a video tutorial at those speeds.
Reply  |  Post Message  |  Messages List  |  Start a Board

Embarrassingly I never quite understood Minesweeper, but Solitare was easy to understand for some reason.
Reply  |  Post Message  |  Messages List  |  Start a Board

Loved Minesweeper, and Solitare, and now love DOTS -- what can I say, I have a thing for order

Way back, when you were a toddler, I remember the first game on any PC -- the MAC, in 83, was a Puzzle game -- and it worked with the mouse. It was a nice way to kill 10 minutes when you waited for the next big MAC development from Cupertino :-) Also, hunting for the Easter eggs they put in places.

On the Dec-20, we had a game called Adventure --  with swords, and gnomes, and dungeons -- and you would have to pick up the sword, and lop of someone's head.  it was very popular with the geeky boys on campus.
Reply  |  Post Message  |  Messages List  |  Start a Board

Loved Minesweeper! That was my fallback when I didn't feel like playing Solitaire. Though Solitaire was always my go-to when I was bored (or when someone was on the phone and I couldn't use the Internet.
Reply  |  Post Message  |  Messages List  |  Start a Board

Spider is clealry the best of the solitaire versions, but nothing will compare with the day I discovered minesweeper. I honestly still remember the day in the college dorm when me and my friends discovered it and actually sat down and worked out the logic for playing it based on the various number patterns. We obsessed about it for a couple of days and I still feel a love for it.

Then we moved on to Scorched Earth. :)
Reply  |  Post Message  |  Messages List  |  Start a Board
Editors' Choice
Hot Topics