0%
Tweet
After years of focusing on traditional game consoles, Nintendo wants to bring its games to smartphones to help you better waste time at work.

Time Killers At Work: How To Avoid Them
(Click image for larger view and slideshow.)

Video game console and games giant Nintendo is making the leap onto the small(er) screen, announcing a plan to release games for smartphones and other mobile devices through a partnership with developer DeNA.

In March, the two companies formed a partnership to develop and operate new game apps for smart devices and build a new multi-device membership service.

The deal will see Nintendo's intellectual property (IP) and game development skills combined with DeNA's expertise in mobile games -- the company recently released a multi-platform title based on Marvel's popular characters, including those from The Avengers and Guardians of the Galaxy.

As part of the long-term relationship and commitment by each company, Nintendo and DeNA have also agreed to form a capital alliance, which sees Nintendo acquiring more than 15 million of DeNA's treasury shares -- 10% of its total outstanding stock.

Nintendo said it plans to release approximately five titles by the end of the next fiscal year, which is the end of March 2017. 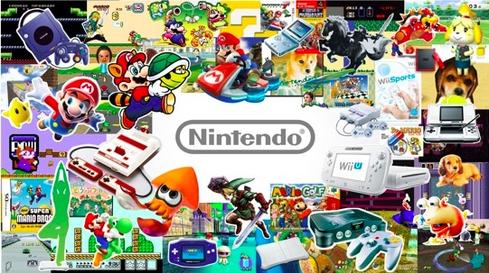 "You may think it is a small number, but when we aim to make each title a hit, and because we want to thoroughly operate every one of them for a significant amount of time after their releases, this is not a small number at all and should demonstrate our serious commitment to the smart device business," the company noted in a financial results briefing.

The membership service, which is expected to launch in the fall, will encompass multiple devices such as Nintendo's existing Nintendo 3DS, Wii U, the dedicated game system NX, which is currently under development, smart devices, and PCs.

So far, members input their Club Nintendo ID to use the existing services, but with the new service, members will be able to visit Nintendo's website and log in with one ID.

After logging in, they will receive various services, including ones based on their past purchases and gameplay records and new features under an improved version of the current loyalty program.

"With this new membership, we are planning to deploy services that will make playing Nintendo games with their game pals more fun regardless of which platform they are accessing," the statement read. "We will deploy our game business on smart devices not because we think that the dedicated game system business will wane, but because doing so will encourage a greater number of people to associate with Nintendo IP, to become familiar with the charms of video games and, eventually, to explore more premium experiences on our dedicated game systems."

According to a report from research firm NPD Group, mobile gamers are playing more often and for longer periods of time than they were two years ago. The average time spent playing in a typical day increased 57% to more than two hours per day in 2014.

As the Nintendo statement noted and the NPD report also pointed out, while time spent gaming on mobile devices is increasing, traditional gaming devices haven't been abandoned, with console and computer gamers getting played just as much as they were one year ago.

Nathan Eddy is a freelance writer for InformationWeek. He has written for Popular Mechanics, Sales & Marketing Management Magazine, FierceMarkets, and CRN, among others. In 2012 he made his first documentary film, The Absent Column. He currently lives in Berlin. View Full Bio
We welcome your comments on this topic on our social media channels, or [contact us directly] with questions about the site.
Comment  |
Email This  |
Print  |
RSS
More Insights
Webcasts
How to Effectively Analyze Security Data
Building a Strategy for Detection and Response
More Webcasts
White Papers
A Market Guide to Simulation-Based Cybersecurity Training
Endpoint Security 2020: The Resurgence of EPP and the Manifest Destiny of EDR
More White Papers
Reports
AI-Augmented Attacks and the Battle of the Algorithms
2019 State of Privileged Access Management (PAM) Maturity Report
More Reports

I can't wait to see what they do. Making something for the phone that calls to the handheld games of the past could be really fun. Plus a Guardians of the Galaxy sounds good too.

Do you know why people are spending more time playing on their phones? Is it a specific game, a general switch away from PC games or physical consoles? A combination?  I see it in my household. I can pick up my phone to play a game for a few minutes  and now choose to do that more than taking the time to sit down and play a more involved console or PC game.
Reply  |  Post Message  |  Messages List  |  Start a Board

I think one of the reasons for Nintendo to ignore the commodity mobile environment in the past, was because the company wanted to tie their product/service to a physical device. Another reason was that the commodity microprocessor was not as powerful in the past. However, everything has changed.
Reply  |  Post Message  |  Messages List  |  Start a Board

I wonder, if they go to recreate a Nintendo game on mobile, if the app (mobile) version will be a lot different than the console version. Like Minecraft is different on mobile than console; mobile is like a teaser or shorter/smaller version.
Reply  |  Post Message  |  Messages List  |  Start a Board

I'm surprised Nintendo hasn't come out with a mobile game. I'm not into electronic games but I just assumed they had. Did they think the competition in that space was too strong?
Reply  |  Post Message  |  Messages List  |  Start a Board
Editors' Choice
Hot Topics