27 comments
Comment Now
Nintendo is jumping into the mobile gaming business. Here are six games we'd like to see available for smartphones and tablets right away. 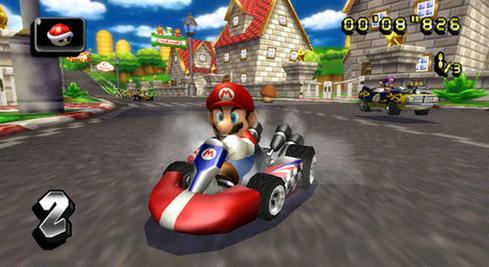 This is the obvious first choice. Mario Kart is routinely among the top-selling games of the year, and the top selling game for each generation of Nintendo platform. As of March 2014, various versions of Mario Kart sold a combined 100 million units. Kart also fits nicely into a mobile gaming system. Steering can be accomplished easily with the gyroscope built into the device. Games can easily be linked using WiFi for worldwide multiplayer functionality. Here's some insight into the potential for Mario Kart on mobile: 50% of Wii U owners own a copy of Mario Kart 8. Over a third of Wii owners had the Wii version. Imagine if you could get even 10% of the world's 2 billion smartphone owners to play it.


@rchiiibob, You have to wait for the Note5 with a 64-bit chip and 16 cores.  You'll be able to emulate anything on this puppy whenever it gets here.

@Wagner, Your on the money.  This is what EA and Activision are currently in the mist of, resisting putting their grade A games on mobile.  It seems to me the "in game purchases" will be the route all three will take but personally I hate this type of back door charging.  I'd rather deal with the ads but this too gets abused by developers to force a purchase.
Reply  |  Post Message  |  Messages List  |  Start a Board

@batye- I suspect that from a pure tech point of view, a phone is more powerful than a GameCube. But the issue is controls, right? Some games work better than others. i wouldn't just purely clone a game. i would take a game and re-imagine the game fo rthe form factor. But i would use the same characters and same general premise.
Reply  |  Post Message  |  Messages List  |  Start a Board

@DDRURBIN1- I suspect they will screw up in two ways. First, they'll probably start with lousy clones. Then the next thing they'll do is try "all new games" before realziing that what they really should do is adapat existing games to the form factor. They have great games. They don't need to get fancy. Just find a way to make them work in a new way and they'll be fine.
Reply  |  Post Message  |  Messages List  |  Start a Board

Its good they are partnering with a mobile developer but I still wonder how they're going to screw this up. They have kept their heads in the sand for so long. I'm guessing these games will be offered at full game console prices sadly something the other major players will also do I.e. EA and Activision, if they get into the mobile gaming.
Reply  |  Post Message  |  Messages List  |  Start a Board

@whoopty- The game cube was very cute. I liked the little strap they designed so kids could take it to another house for sleepovers.

As for the cash, that will last them a few years, you are right. But that doesn't stop the pressure ont he leadership or the negative press. Nintendo has to change the story, too. It looks like it did that nicely.
Reply  |  Post Message  |  Messages List  |  Start a Board

@Tom- Well, I think the difference is the long tradition of Nintendo. People often forget it was founded in 1889, long before even the japanese played video games. Nintendo has adapted with the changing times repeatedly. Sure, they might become a little more boom and bust. Seems like a bronco worth riding if you want to make some money in the market.

That said, I'm not sure it is Nintendo's choice anymore. I just don't see the dedicated gaming console lasting that many more years. Mobile gaming, smart TVs, and even good old fashioned PCs are too much competition. The console is a tax on the right to play a game. It is exactly why I don't own Mario Kart 8. Because to play it, I'd have to shell out $360, not $60.

Nintendo is no longer good enough to charge that tax. And soon neither Microsoft nor Sony will be either.
Reply  |  Post Message  |  Messages List  |  Start a Board

I'm not saying Nintendo can't be viable. It's sure to be able to coast on the value of its IP for years. But software-driven gaming studios face the same problem as movie studios: you're only as good as your last hit. Over time, hit-driven businesses have trouble, because it's hard to be consistently creative. Pixar is among the best creators of consistently good content I can think of; Blizzard is probably the analog on the gaming side. But I wouldn't invest in a company like that; it's too random. Electronic Arts has had its near-death moments. Zynga and Rovio show that it's hard to maintain a hit-driven business. Ninentdo may thrive for a time. But I wouldn't bet my 401K on Mario & company.
Reply  |  Post Message  |  Messages List  |  Start a Board

@Thomas- I don't know Sega seems to be doing fine after they gave up the hardware battle. Admittedly, software is more boom or bust. If you look over the last couple of years of Sega's earnings they have quarters that have dropped by half or gone up as much as 400%. It is sort of like being a movie studio in that way.

But no but looks at Electronic Arts or Bioware or even King and says they can't be a viable gaming company because they don't have a console.
Reply  |  Post Message  |  Messages List  |  Start a Board

...I suspect Nintendo will follow the path of Atari. Companies that made their fortune with combined hardware/software platforms don't tend to fare well when the hardware element is removed. Surviving by producting great software (content) release after release is hard.
Reply  |  Post Message  |  Messages List  |  Start a Board
InformationWeek Is Getting an Upgrade!