The Network Time Protocol provides a foundation to modern computing. So why does NTP's support hinge so much on the shaky finances of one 59-year-old developer? 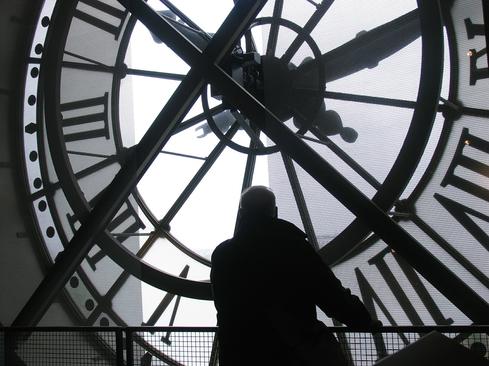 NTP: Google And Apple Are Watching

The original NTP code was pulled together by a small group of academic and commercial developers led by now-retired Professor David Mills at the University of Delaware, who Stenn called "a super-genius," and with whom he still consults on a regular basis. But NTP was conceived "in friendlier times," Stenn observed wryly.

The need to develop NTP further coincides with new devices and new applications coming all the time onto the network, while the stakes behind reliable releases have gone up.

The most recent release of NTP 4.2.8 was "hurried out the door," said Heiko Gerstung, a managing director of Meinberg, a German producer of time servers based on NTP. The company expressed concern to Stenn on that point. But Meinberg executives know the condition of the overall project. "Considering the fact that this guy manages the releases of NTP all by himself, he is doing a heck of a job," Gerstung said in an email interview with InformationWeek. Meinberg is one of the few direct financial backers of the NTP project.

As the NTP project lead, Stenn gets calls from the biggest Internet and industrial companies about problems or suggested additions for NTP. He's happy to help. Occasionally, he pitches them to sign up as supporters of the Network Time Foundation, a nonprofit corporation he set up to receive donations for NTP. According to Stenn, they seldom do. In fact, just six companies support the foundation, with VMware the only household name among them.

The importance of NTP to the daily functioning of businesses can't be overstated. The NTP time stamp is part of how equities firms show that trades took place when they say they did, an element that helps them stay in regulatory compliance. Air traffic control relies on NTP for synchronized clocks. Robotic manufacturing uses it to carry out closely timed operations requiring coordinated time. Google search operations rely on it, which is why the Google security team scrutinizes NTP for bugs.

Apple Macintosh computers and servers running OSX use NTP, and Stenn said Apple developers have called him for help on several NTP issues. In the last such incident, he said he delayed a patch to give Apple more time to prepare OS X for it. When they were ready, he applied the patch and asked "whether Apple could send a donation to the Network Time Foundation," Stenn recalled. "They said they would do their best to see that Apple throws some money our way." But it hasn't happened yet.

"Everybody loves us," Stenn said. "But people with money say, 'We don't give to open source projects.'"

Asked whether running through his personal savings to support NTP was a sustainable position, he acknowledged he gets credit for creating well-crafted NTP releases, "but I never said I was smart."

NTP is nevertheless the protocol that everyone depends on. Other candidates exist, and Stenn himself said there are good ideas included in the young Precision Time Protocol project. But nothing else is in the running to take over synchronizing time on the network.

Linux Foundation Executive Director Jim Zemlin raised the problem of NTP's continued development in a keynote address at the Linux Collaboration Summit in Santa Rosa, Calif., on Feb. 18. (That's what led InformationWeek to seek out Stenn; he didn't come to us with his story.) Zemlin said poorly supported open source projects pose a risk to all the systems that depend on them. The OpenSSL project, an encryption project widely used to secure websites, had been receiving less than $2,000 a year in donations until the Heartbleed exploit compromised OpenSSL code.

"There are certain projects that have not received support commensurate with their importance," Zemlin said. "Too many critical open source software projects are underfunded and under-resourced."

OpenSSL, the Domain Name System, NTP and a handful of other open source projects on which the Internet depends have a broad following, but few people understand that, for aging projects with little glam, financial backers and code contributors alike have moved on to more stimulating challenges. Companies including IBM, Salesforce.com, HP, Adobe, Amazon, Bloomberg, and Google do support the Linux Foundation's Core Infrastructure Initiative, started after Heartbleed in May 2014. CII has raised $6 million, which Zemlin said is "not nearly enough." Stenn gets $7,000 a month from the fund, or $84,000 a year, to cover all the expenses of maintaining NTP, renting the data center space, and running the infrastructure required for support.

Next Page: Why synchronizing time matters

I have always wondered why Coordinated Universal Time is abbreviated UTC. There's a gem of an explanation below by Jeff_Logullo, who happens to be a pre-sales engineer for the Oracle's Public Sector Systems division. Can anyone confirm what he's saying? Jeff doesn't remember where he first heard the story.

Then, 2), can someone explain to me why TAI is used as the acronym for International Atomic Time? (Don't tell me it's the French, again--temps atomique international?)
Reply  |  Post Message  |  Messages List  |  Start a Board

I've learned there are a few hidden contributors to NTP. For example, Stenn uses almost 100% open source code but I knew he liked to check his code against the Coverity's security and bug detecting software, a commercial service. So the first version of this story listed Coverity as a service he had to pay for from his slender resources. It turns out that Coverity contributes its service to NTP. Stenn has also used BitMover's BitKeeper, commercial software for source code management, which he likes better than open source git. "Because (CEO) Larry McVoy appreciates the NTP Project, they've freely given my entire team licenses to bk, and they've given us free enterprise-class service as well, for nearly '14 years' time,'" Stenn wrote in a follow-up message.
Reply  |  Post Message  |  Messages List  |  Start a Board

Charlie. Great idea to look into the inner workings of technology (the code and the people) that most of us never see. Well done.
Reply  |  Post Message  |  Messages List  |  Start a Board

Good comment from EJW, an IT manager in the Calif. State University system, and Tony J, thanks. I would like to note that Google is a contributor to the Linux Foundation's Core Infrastructure Initiative, now supporting Stenn. The CII includes Amazon, IBM, others and supports Werner Koch's Gnu PG in Germany & other projects as well. But there aren't enough $$ to go around. Stenn's non-profit is at www.nwtime.org. Checks can be sent to Network Time Foundation, PO Box 918, Talent, OR. 97540.
Reply  |  Post Message  |  Messages List  |  Start a Board

Harlan Stenn is the only person I know who has already laid plans to cope with the Leap Second that will need to be subtracted from the solar day on June 30, when the discrepancy  between UTC and TAI will reach 36 seconds. For that, I'm afraid we must call him Father Time, even though he doesn't much like the moniker. (Leap Seconds occur irregularly, averaging one every 18 months.)
Reply  |  Post Message  |  Messages List  |  Start a Board
InformationWeek Is Getting an Upgrade!