0%
Tweet
The Network Time Protocol provides a foundation to modern computing. So why does NTP's support hinge so much on the shaky finances of one 59-year-old developer? 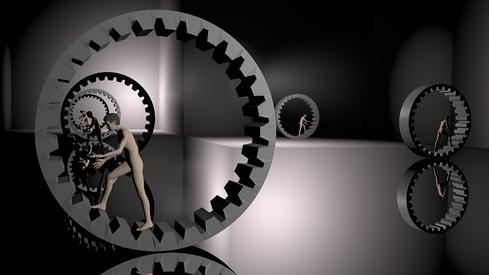 Every computer has a clock, but in general computers "are known to have bad clocks," said John Engates, CTO of Rackspace, in talking about NTP. Getting two computers to agree on the time can be difficult. The NTP protocol has, for 30 years, consulted the best clocks available and derived a consensus time, which it then imposes across a mapped hierarchy of servers and their client PCs.

Greenwich Mean Time is a known source of reliable time, as is the US Naval Observatory. Their time is based on the solar day -- the time it takes for the earth to complete one 24-hour, 360-degree rotation while in orbit around the sun. NTP consults UTC or Universal Coordinated Time, which is Greenwich Mean Time expressed in the military's 24:00:00 hours terms.

On a daily basis, NTP also consults atomic clocks, which tick off precise seconds based on radioactive Cesium-133 decomposition. A GPS receiver can be tied into an NTP server, and use the transmission of a GPS satellite to get the correct atomic time. A GPS satellite has three atomic clocks, so if one falls out of synch, the other two can overrule it and keep the system on track. For GPS time to be off by a billionth of a second means its answer to a location query will be off by a foot. So GPS relies on precisely counted time, not the solar day.

NTP's job is, in some ways, simple: Consult UTC and atomic clocks and come up with the correct time. But, as Engates said, "Time gets complicated fast."

The solar day varies slightly from year to year. The earth wobbles. Tidal friction slows the earth's rotation by a tiny fraction of a second each year. Geophysical events, like the huge earthquake in 2004 in the Indian Ocean, cost the earth's rotation another fraction of a second. GMT and UTC account for these changes with leap seconds; atomic clocks do not. Currently, there's a 35-second gap between the two.

NTP can referee those differences, allowing it to synchronize operations as computer systems grow larger and more distributed. The Internet wouldn't function as well without it. Network Time Protocol doesn't just determine the correct time, but implements synchronized time between two systems. NTP software on a client or remote server asks an NTP reference server for a time check. The NTP software on the requestor captures how long it took for the query to reach its destination, and adds that amount of time to the time stamp that comes back.

Despite variances in traversing a network due to congestion and other causes, this NTP process will usually leave two systems coordinated to within 10 milliseconds (10 thousandths of a second) of each other. If the two are on the same campus network, the adjustment is likely to be within one thousandth of a second or less.

That's not as precise as what can be achieved with Precision Time Protocol, an IEEE standard released in 2002. But NTP is already in place, with proven reliability, and it's easy to use. "Basic configurations [of an NTP server] involve no more than a few statements," wrote Peter Rybaczyk in his book, Expert Network Time Protocol. Even PTP starts with NTP, then tries to make it more precise.

NTP has another point in its favor: A strong record on security (so far). It's a protocol whose misuse could corrupt and cause the failure of manufacturing systems, chemical processing, financial markets, and satellite communications. Its reliability is tied to billions of dollars of transactions a day; the NTP time stamp is one of the few ways equities firms have of proving to regulators they were in compliance of making a trade when they said they did. So far, it has withstood the danger of being hacked.

The Heartbleed vulnerability in OpenSSL opened the open source community's eyes to the threat from benign neglect of these foundational elements of the computing world and the Internet. As with Secure Sockets Layer, the Linux Foundation views NTP as critical to the continued reliability of both Linux and the Internet.

Keep up the good work, as best as you can as long as you can, but by all means cultivate a backup, particularly if Charlie's article helps spur more funding. This seems like it's too imporant to rest on your shoulders alone. What if you get hit by a truck? Too bad you can't set up a little tarrif for accessing NTP!
Reply  |  Post Message  |  Messages List  |  Start a Board

I think the problems noted here are symptomatic of a larger problem. It seems that everyone these days is focused on getting rich with the next "Yo!" app or shiny new wearable gizmo that nobody is worried about keeping the foundations on which all this new technology depends. If the industry as a whole does not come to grips with this problem soon I fear we are in for a rough time ahead.
Reply  |  Post Message  |  Messages List  |  Start a Board

Companies will pay as little as they have to for any given service. Its not greed, its just their nature. They have been used to getting NTP for free for so long, they aren't likely to start coughing up funds out of the goodness of their hearts.

Harlan's efforts sound like they have been truly heroic, and at that heroic pace for a very long time. But I think he is flat out being taken advantage of, and will continue to be until he puts his foot down. Maybe just flat out refuse to work more than 15 or 20 hours per week on it, putting the rest of his time in to his consulting business or something. I know that $7k per month looks good on paper, but I gaurantee its not nearly as much in practice.

Let it fail. That will bring the needed attention as funding. Its harsh, and in many ways against the open source spirit, but the guy has been taken advantage of long enough. When Google and Apple and others aren't even chipping in a little bit, especially taking in to account the huge consideration he gave Apple, then the whole thing is just wrong.
Reply  |  Post Message  |  Messages List  |  Start a Board

Very good article Charlie. One of the best I've read in a long time. Hopefully this stirs up some funds for Harlan and the project. I'm also surprised that academia hasn't jumped right back in on NTP.
Reply  |  Post Message  |  Messages List  |  Start a Board

Harlan Stenn is the only person I know who has already laid plans to cope with the Leap Second that will need to be subtracted from the solar day on June 30, when the discrepancy  between UTC and TAI will reach 36 seconds. For that, I'm afraid we must call him Father Time, even though he doesn't much like the moniker. (Leap Seconds occur irregularly, averaging one every 18 months.)
Reply  |  Post Message  |  Messages List  |  Start a Board

Wow, thanks for the great article, sir!

I've always considered myself either the "janitor of time" or maybe NTP's babysitter.

From my point of view, we want lots of companies and individuals to "join" Network Time Foundation.  We are also very happy to receive direct donations.  As long as we get enough donations from enough sources to meet the IRS Public Support Test we're happy, and all is well.