Jan. 1, 2005. That's the date that Simon Langford, manager of global RFID strategy, expects to realize one of the biggest accomplishments of his career in retail
InformationWeek Staff
Contributor
September 24, 2004
Wal-Mart's Way Table Of Contents:
Sidebars: 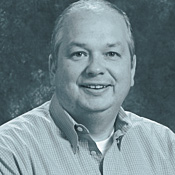 Jan. 1, 2005. That's the date that Simon Langford, manager of global RFID strategy, expects to realize one of the biggest accomplishments of his career in retail. It is, of course, the go-live date for more than 100 suppliers participating in Wal-Mart's ambitious radio-frequency identification initiative. Langford has been living and breathing those plans since March 2003, when Wal-Mart formed its team of just four RFID pioneers, which has since doubled.

"How can you do something as big as this with just four people?" he asks. The answer, he says, is that it wasn't just a team of four people, when you consider the enormous energy and resources of the whole Wal-Mart "we're merchants first" team being behind the effort.

"It is one team," says Langford, who's been with Wal-Mart's U.S. operations for three years. "People understand the impact on the business if we can't get a project out on time. You struggle to find that in other places."

Not that Langford will be anywhere near done come January. Already his team is working with the next 200 suppliers set to go live to get them up to speed, and by the end of 2006, more than 20,000 domestic suppliers will be engaged in the RFID program at some level.

So, while Langford promises a celebration when the first 130 suppliers go live, it won't be an all-night party.