Oxford Dictionaries Picks An Emoji As Word Of The Year - InformationWeek

Oxford Dictionaries couldn't find a word to name as the word of the year. Here's why it's bad news for the English language, and good news for lovers of all things tech.

Depending on your viewpoint, Nov. 16 marked the end of Western Civilization or the beginning of a new era of digital communications. Oxford Dictionaries -- a division of Oxford University Press which also publishes the venerable Oxford English Dictionary -- named its word of the year, and the word wasn't even a word. It was this emoji:

It wasn't even a good emoji. It's commonly knowns as "face with tears of joy."

Here's how those of us who use words to make a living feel about this. 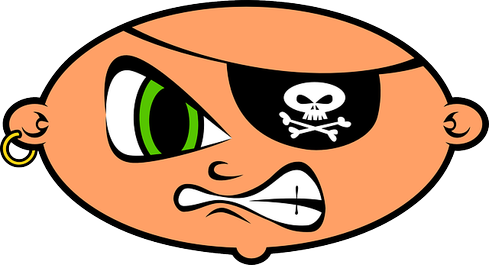 I'm not only angry, I'm ready to pillage the Oxford Dictionaries offices. I'm so upset that the grammar in this post will probably be all wrong. I mean seriously, what's next? Some sort of animated gif? A YouTube video? Oxford Dictionaries couldn't find a single word to pick as its word of the year?

Have we become so primitive in our guttural texts full of misspelled words and acronyms that we can't even be bothered to type a word now? We simply respond with a face exhibiting two conflicting emotions at the same time?

OK, before I give myself a heart attack, let's look at the reasons Oxford Dictionaries selected this pictograph of emotion to begin with. According to the company's blog, the word was chosen because the company partnered with keyboard app maker Swiftkey and discovered this emoji was the most used emoji in the world. It made up 20% of all emojis sent in the UK and 17% sent in America. And emojis, loathe though I am to admit it, are a big deal: 40% of text posted on Instagram contains an emoji. So, love them or hate them, we're using them.

And of course, that is what has me hating them. What would happen if Charles Dickens had started A Tale of Two Cities with a happy face and a sad face? Wait, there are entire memes dedicated to this. There's even a quiz of famous opening lines in literature rendered as an emojis.

Really? Is that what we want to do with our time? It is enough to make a middle-aged writer feel old.

Let's start with the techie. The short list for this year's word of the year is full of tech terms including: sharing economy, ad blocker, and my personal favorite, dark web. After the snob in me is done pointing out that all of those are two-word phrases, I'm fairly proud of the fact that our industry is changing the English language so fast. And it isn't only this year. Past Oxford Dictionaries word-of-the-year winners have included "podcast" and "selfie."

Despite my general snobbery, I'm a fan of the idea that the English language changes. Shakespeare made up words. If he can, we all can.

Now, why is the Trekkie in me proud? Because in a way, emojis represent a kind of universal language. Our language sometimes keeps us apart, but our basic human emotions are what bind us together. Emojis are the universal translators of human feeling. We don't need to share a language to share a feeling.

And in their own way, emojis remind me of one of the best Star Trek: The Next Generation episodes, in which Picard is stranded on a planet with a race of people that only speak in metaphor. Without understanding the metaphor, the language is not understandable.

But eventually, Picard and the alien captain tell stories and connect on a basic, if rudimentary, level.

What is language for, what are stories for, if not for conveying basic emotions and feelings all humans possess? Emojis might not rise to the level of Gilgamesh or even a good Star Trek episode, but maybe they have a place in our communications after all.

Well, that, or those darn kids are ruining all of civilization again. I still don't like it. And I want Oxford Dictionaries to pick a real word next year. The tech world hasn't made words obsolete yet. But we should be proud of the contribution we are making to English and to every other language. I don't know how many languages have adopted Google as a verb, but I've personally heard it said in four.

So let's hear it for the tech community, if not exactly for the emoji. What word will we invent for next year?

David has been writing on business and technology for over 10 years and was most recently Managing Editor at Enterpriseefficiency.com. Before that he was an Assistant Editor at MIT Sloan Management Review, where he covered a wide range of business topics including IT, ... View Full Bio
We welcome your comments on this topic on our social media channels, or [contact us directly] with questions about the site.
Comment  |
Email This  |
Print  |
RSS
More Insights
Webcasts
Unifying Your Endpoint Security Strategy
Leveraging Infrastructure as Code to Streamline Security & Operations
More Webcasts
White Papers
Accelerate Network Operations Efficiency with AIOps
The Tessian Human Layer Security Platform Architecture
More White Papers
Reports
The 2021 Security Outcomes Study
State of the Intelligent Information Management Industry in 2021
More Reports