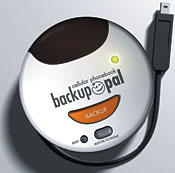 Backup Call
We have so many devices now that require backing up, it's a wonder we move forward. But cell phones usually get overlooked. Advanced Wireless Solutions has solved that with the $50 Backup-Pal, a battery-operated accessory that downloads and stores relevant contact information--names, numbers, and e-mail addresses--and restores them to a new phone with the press of a button. No computers or software required. 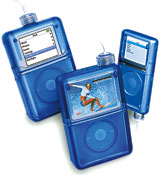 iPod, Drypod
We could talk for countless minutes about why the Drypod from SKB Cases is so useful, how the handy neoprene armband allows you to be Joe Active in the water, how it fits most current-gen iPods (the nano model is coming any day now), and how it comes with a lifetime warranty. But that's not needed when a simple image will tell you everything you need to know, namely that this cool little gadget will keep your precious iPod dry in the wettest conditions. Prices range from $35 to $45.

Q Makes Debut
After repeated delays, Motorola has finally unveiled the Moto Q, its version of a phone with a full Qwerty keyboard that looks a lot like a BlackBerry. And it behaves like one, too, with a nod toward after-hours uses. The Q runs Windows Mobile 5.0 software for all the usual office applications, and it also plays music and video, browses the Web, and sends instant messages over the Evolution Data Optimized network. Verizon sells the Q for $200 with a two-year service agreement. 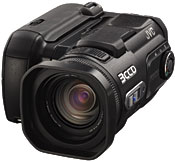 Palm-Sized Power
When it comes to camcorders and summer vacations, size and weight are key. JVC's new GZ-MC500 is a hard-drive-based digital camcorder that fits in the palm of your hand, measuring less than 4 inches long and weighing less than a pound. It shoots 720-by-480 video at high-quality levels using the MPEG-2 format. Storage is provided compliments of swappable 4-Gbyte micro drives. The $1,800 camera doubles as a 5-megapixel digicam, taking images at resolutions up to 2,560-by-1,920 pixels.

Full Speed Ahead
Netgear is set to roll out new routers based on the yet-to-be-approved 802.11n wireless standard. The devices, in the RangeMax Next product line, are best for transferring large files such as high-definition video streaming. The $300 DG834N is the first wireless-enabled Asymmetric DSL2+ modem router based on 802.11n. It includes a four-port 10/100 switch. There's also the $179 RangeMax WNR834B router and WN511B wireless notebook adapter. 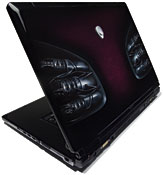 No Gas Guzzler
Who knows how much it will cost to fill a gas tank by the time RevoPower's $400 Wheel is available early next year? The Wheel turns a bicycle into a moped on demand by replacing the front wheel with a 12-pound, 25-cc two-stroke engine. A throttle control clips to the handlebars and the fuel tank rests in the water bottle cage. Top speed is 20 miles per hour. Not exactly rubber burning, but the Wheel could save big bucks at the pump.