Google asks Germans for too much information about the inner workings of their premium sports car, so Porsche moves to Apple's CarPlay, according to a report.

Luxury automaker Porsche has reportedly dumped Google's Android Auto system and replaced it with rival Apple's CarPlay platform, according to a report on the 2017 Porsche 911 in Motor Trend.

The company told Motor Trend that it went with CarPlay due to the amount of information Google was demanding Porsche supply, specifically stats like vehicle speed, throttle position, coolant, and oil temperature, and engine revs. This proved unacceptable.

"Porsche feels info like that is the secret sauce that makes its cars special. Moreover, giving such data to a multibillion-dollar corporation that's actively building a car, well, that ain't good, either," the article states. "Apple, by way of stark contrast, only wants to know if the car is moving while Apple Play is in use."

However, Google spokeswoman Liz Markman, who was contacted by Motor Trend, disputed Porsche's claim, saying in a statement that Google does not collect some of the data listed by Porsche, such as throttle position and coolant temperature. 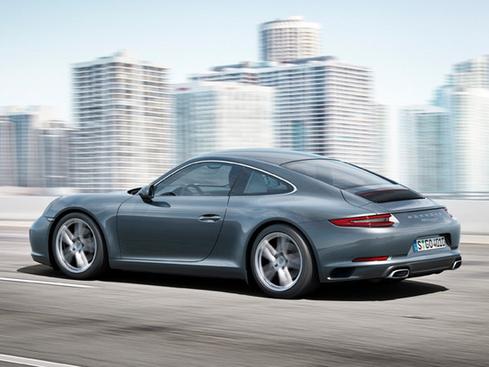 Markman did not provide the magazine with a full list of the data the company does collect, however she also pointed out that users must actively opt in upon their first connection to the car in order to activate information sharing.

CarPlay can also predict where the driver will most likely want to go using addresses from email, text messages, contacts, and calendars.

Android Auto, designed to work with Android smartphones running 5.0 (Lollipop) or higher, was also designed to minimize driver distraction using an intuitive interface featuring integrated steering wheel controls and voice commands. The platform is available for a wide range of automotive brands worldwide, including Audi and Ford. It is currently available in 11 different countries.

[Read about Daimler's recent tests of a self-driving truck.]

Porsche's reluctance to share data is not particularly surprising. With in-car technologies that connect consumers to the Web gaining traction, major carmakers are telling technology giants like Google and Apple that the data they harvest from drivers won't be shared.

Automakers from General Motors to Volkswagen plan to withhold that data in the hopes of turning that information into revenue themselves, according to a July 10 report in Reuters.

Consultancy firm AlixPartners projected global revenues from digitally connected cars would jump to $40 billion a year by 2018, up from $16 billion in 2013. With so much revenue at stake it's easy to see why old-school companies are clashing with younger tech-centric firms for control of valuable user data.

Major automakers are facing increased competition from companies like Apple and Google when it comes to the vehicles themselves. Apple's Project Titan is the worst-kept secret in the electric vehicle space, and Google's self-driving cars have been cruising the streets of Austin for months.

Nathan Eddy is a freelance writer for InformationWeek. He has written for Popular Mechanics, Sales & Marketing Management Magazine, FierceMarkets, and CRN, among others. In 2012 he made his first documentary film, The Absent Column. He currently lives in Berlin. View Full Bio
We welcome your comments on this topic on our social media channels, or [contact us directly] with questions about the site.
Comment  |
Email This  |
Print  |
RSS
More Insights
Webcasts
Building Asset Management into Your Enterprise Security Strategy
Take DevOps to the Next Level
More Webcasts
White Papers
The Essential Guide to Securing Remote Access
WhiteHat Professional Services Package
More White Papers
Reports
Intelligent Outcomes Are Key to Business Resilience
Are Unprotected Cloud Databases Leaking Your Data?
More Reports