11 comments
Comment Now
Technology is finding its way into formerly inaccessible places, often with amazing or beautiful results. But are you ready for drone selfies? 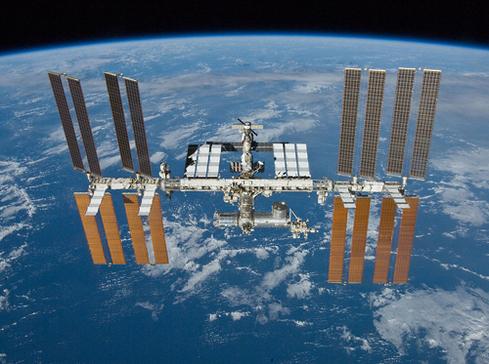 The International Space Station
The International Space Station switched its onboard computers to Linux last May. NASA said it wanted more a more configurable operating system, but security might have been another reason for the change. In 2008, a Russian cosmonaut brought a laptop aboard with the W32.Gammima.AG worm, which quickly spread to the other laptops on board. The astronauts and cosmonauts were trained to use the open-source OS by The Linux Foundation.

It's Ok for you to have a dronie @Lorna. But you're the exception.
Reply  |  Post Message  |  Messages List  |  Start a Board

Well, see if I send you a nice thermos of soup via my drone when you get sick.
Reply  |  Post Message  |  Messages List  |  Start a Board

Consumer dronies scream bad idea to me. It's nice to think of consumers using their dronies for altruistic reasons, but I only see potential for snooping and stalking. And I can't think of anything more annoying than a sky cluttered with dronies soaring around. If they make noise, even more annoying!

I don't have a picture unfortunately, but one aspect of remote tech which I've loved hearing about over the past couple of years has been remote banking being set up in really hard to reach places using mobile phones and the cloud. It's allowed local banks in India and other countries to be created, leveraging cloud power to provide infrastructure to players with outdated hardware. This has made it possible for local banks to remain competitive with multi-nationals and continue to serve their community.
Reply  |  Post Message  |  Messages List  |  Start a Board

Had fun building this slideshow. But I bet there are even better photos out there. Spread the word!
Reply  |  Post Message  |  Messages List  |  Start a Board

This is fabulous. It shows the future of Information Technology. Instead of IT I think it's high time reword it as "Information Services".
Reply  |  Post Message  |  Messages List  |  Start a Board

More disturbing is use by stalkers or people who are just nosy.

That didn't even occur to me. That is so very disturbing! Maybe they should require background checks before you can purchase one.
Reply  |  Post Message  |  Messages List  |  Start a Board

I think it would depend on the device's range. I could visualize using one locally to send a sick friend a pint of soup! You could use one to look in your gutters or chimney to see if you need to get them cleaned, or if an ice dam is forming. If you coach a child's team, you could film the action.

More disturbing is use by stalkers or people who are just nosy.
Reply  |  Post Message  |  Messages List  |  Start a Board