Golfers do it, professional snowboarders do it: Why not business-process pros? We're talking about reviewing time and motion with video, and the TechSmith Loop seeks to make the video review a regular part of corporate life.

Dean Craven, TechSmith CTO, says that Loop is part of a larger wave of products involving video and the enterprise. "Video is becoming a first-class citizen in the office," he said. "Office 365 rolled out their video portal, where they have a YouTube at work, and it's all under Office security." 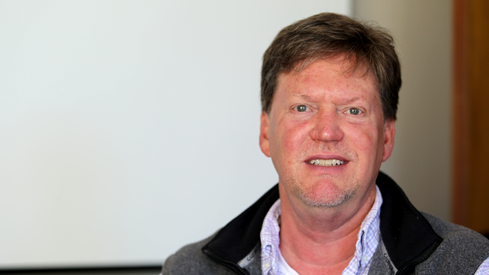 With Loop, an engineer, manager, or corporate trainer can capture video of a work process using almost any kind of camera (including the one in just about every smart phone), import it into the Loop system, and do simple mark-up, annotation, and video highlighting to show specific areas that work well or need improvement.

Loop didn't spring into being out of thin air. Craven says that it began with technology to help athletes. "The journey started with a mobile app called Coach's Eye that's available on all the mobile platforms. It's for analyzing performance and giving feedback," he said. "It's like telestration and annotation and scrubbing through the video. It fits the mobile platform very well."

In the process of watching athletes use Coach's Eye, TechSmith learned a number of lessons, according to Craven. "The surprise is that we thought people would start by recording them and sharing them, and it would be all about sports. We found instead that it was all about immediate feedback. They wouldn't even record it to video," he said.

[Those were the days, my friends. Read 11 Things Computer Users Will Never Experience Again.]

When users didn't want to record results, it surprised the product team at TechSmith. "That blew our mind. We thought it would be on the Camtasia model of shareable content and that wasn't the case," said Craven. He said that they began to suspect that there was a need for instant video analysis -- and then they heard that a large automaker was using Coach's Eye to aid process performance improvement. 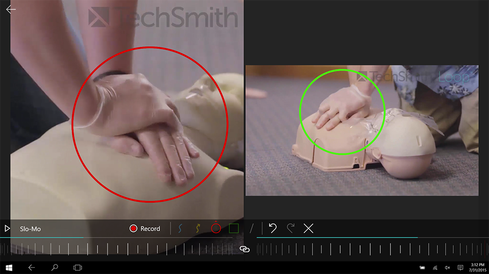 Loop allows coaches to compare the process as it is occurring to an optimal process.

"Around this time Microsoft let us be a launch partner for the Surface Hub and that all brought us into Loop," Craven said. "It's a universal windows platform app, so the same binary runs on the desktop, Surface Pro, Windows Phone, and devices like a Surface Hub. It's integrated into OneDrive." He acknowledged that versions for iOS and Android are almost inevitable, but there's no question that Loop is tightly integrated into the Microsoft cloud and software infrastructures.

Integration is key to allowing video to be analyzed when and where needed. If a user can get video from any source into Office 365, it can be shared to any device, where it can be analyzed and displayed at the point of the operation. 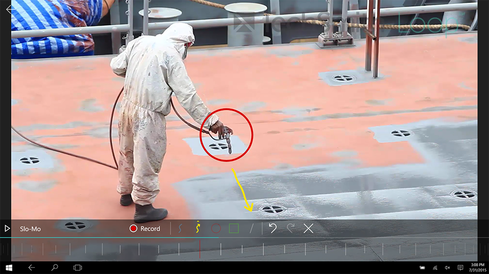 Managers can analyze and annotate process performance quickly, even if they have no previous video editing experience.

"It's not like a video editor, it's more like an odd player where you can record, stop, and scrub through [video]. You're essentially editing video without knowing that you're editing video. It's a live take," Craven said. Those live takes are finding use in a number of operational areas.

"We've had hundreds of customer conversations and dozens of customer visits," Craven said. "We thought it would be useful for healthcare, logistics, shipping, and industries like that. That's true, but we're getting into the deeper conversations about what problem it really solves for them. They do time and motion studies where they shoot video of a lab or factory floor from above, then do a spaghetti diagram of where people move."

TechSmith is rolling Loop out to users now, but Craven said that the real excitement could be when the technology is married to machine intelligence. "The things on the horizon are really exciting. It has to do with computer vision, and some of the apps can do some of the analysis themselves," he said. "We can have Loop being something that does timing and data generation on its own. We imagine a system that could score someone's performance at a job, and that gets interesting," Craven explained.

"When you get into predictive analytics, you start to look at when people might get injured at work. At hospitals it can look to see whether people are washing their hands," Craven said. Whether the process entails a weight lifter working toward the Olympics or an assembly line at work, there are thousands of enterprises that want to show workers how to make that process better -- and want to know well ahead of time when it's going to go wrong.

Curtis Franklin Jr. is Senior Editor at Dark Reading. In this role he focuses on product and technology coverage for the publication. In addition he works on audio and video programming for Dark Reading and contributes to activities at Interop ITX, Black Hat, INsecurity, and ... View Full Bio
We welcome your comments on this topic on our social media channels, or [contact us directly] with questions about the site.
Comment  |
Email This  |
Print  |
RSS
More Insights
Webcasts
Making Cybersecurity Work in Small and Medium-Sized Businesses
ROI and Beyond for the Cloud
More Webcasts
White Papers
Two-Factor Evaluation Guide
The State of Threat Detection and Response
More White Papers
Reports
2020: Threats in Review
DNS Network Traffic Volumes During the 2020 Pandemic
More Reports

TechSmith Loop is all about "continuous performance improvement" rather than formal training.  The "coach" or expert records your performance and then gives instant feedback, scrubbing and annotating over the video.  Like telestration and breakdown of a play you see for sports on TV.  It is about seeing your peformance and finding small areas to improve (e.g. reduce time by a few seconds or do something in a safer way).  A powerful feature of Loop is to compare two video's side-by-side, someone learning a skill compared to an expert for example.

You record video with cameras or mobile devices where the work is being performed, then bring the video it into Loop to analyze performance and provide feedback.  Loop on a mobile device (e.g. Surface tablet) can also record video from the camera on the device to provide instant feedback.

Interesting, but I can't quite understand how it appears in all places capturing all things so easily?
Reply  |  Post Message  |  Messages List  |  Start a Board

This not much different from making instructional videos and posting on Youtube. How is Tech Loop significantly different for an ordinary user?
Reply  |  Post Message  |  Messages List  |  Start a Board
Editors' Choice
Hot Topics