Telecommuting is growing, but despite a plethora of research there's no clear consensus about whether or not it's successful. A large-scale review of the data reveals what we know and what we misunderstand about the benefits of telecommuting.

IT Freelancing: 11 Signs It's Hot Now
(Click image for larger view and slideshow.)

Researchers from the University of South Florida, Baruch College, and Rensselaer Polytechnic Institute undertook a massive review of much of the available research that has been conducted on telecommuting and the workplace. Their findings were published in the journal Psychological Science in the Public Interest. What they found is that we have a lot to learn about how telecommuting affects us. Mixed in with the uncertainty are some useful tidbits for enterprises and employees.

Telecommuting is complicated to define. We know that it is growing. One report cited in the study said that 88% of companies now offer some form of telecommuting. The article cites estimates that 3.3 million Americans are telecommuting. All indications are that number will rise due to globalization of the economy.

What is telecommuting? For the purposes of the study, the authors defined it this way:

Telecommuting is a work practice that involves members of an organization substituting a portion of their typical work hours (ranging from a few hours per week to nearly full-time) to work away from a central workplace -- typically principally from home -- using technology to interact with others as needed to conduct work tasks. 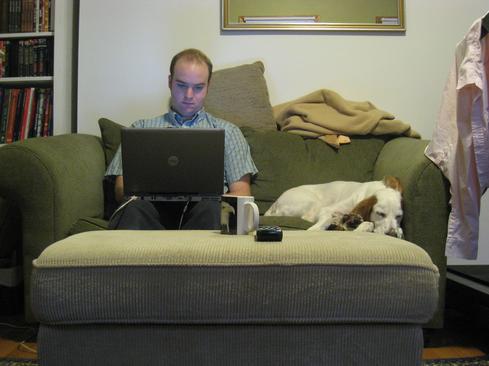 In other words, telecommuting isn't limited to a full-time work-from-home situation. A flexible arrangement counts, too. That will be important as we get into the findings.

Perhaps the best way to figure out what we do know about telecommuting is first to list what we don't know. Here are some common myths or anecdotal impressions of telecommuting that we can't support with data. It doesn’t mean some might not be true (or true for some telecommuters but not all), but we don't have data to support it.

It is hard to pin down the exact pros and cons of telecommuting, because it means so many different things. For example, a person who works from home one day a week and spends four days in an office has an entirely different experience than someone who works from home five days per week and hasn't seen his or her boss in person for a year.

Successful telecommuting relationships had at least three common traits: Workers had great relationships with managers and their colleagues; teams had good information exchange best practices in place; and the workers had jobs with a fair amount of autonomy.

If all three of the above factors were in place, workers could expect important benefits from telecommuting:

Lower stress and higher performance? Seems like a no-brainer to start letting your workers all spend at least 15.1 hours at home, right?

In other words, there's the crux of the whole telecommuting issue. If you don't have plans and practices in place to wholly integrate telecommuters into meetings, discussions with colleagues, and other work flow, you may find it helps workers be happier without giving you what you need.

[Remember when so many people made fun of Marissa Meyers for saying this? Read Innovation: Disperse or Congregate.]

The findings point to one obvious solution to this problem -- allowing for only part-time telecommuting. Part-time telecommuting clearly gets the biggest benefits in terms of engagement and performance. It prevents social isolation. It allows for knowledge transfer when the teams are together in person, but it doesn't chain your people to their desks.

When part-time telecommuting is not possible, you need to make a conscious effort to ensure either that you can afford to leave telecommuters alone in their mostly autonomous jobs, or that your team specializes in knowledge transfer. The researchers point out that companies like Apple and Google, which make products for workplace collaboration and remote work, had the least problems with social isolation. In other words, it can be done if you use the resources well. Technology is making it easier.

Unfortunately, the concept of telecommuting is so broad, the findings can't be more definitive than that. Working one day at home is not the same as spending a week working from home. Managers and their skills and attitudes differ. Personal temperaments differ, and even job types can change the success or failure of a telecommuting arrangement. Still, these guidelines will help you decide when telecommuting can work best, and how to employ it.

What do you think? Have you ever telecommuted, or managed someone who has? Do these findings match your experience? Tell us about it in the comments section below.

David has been writing on business and technology for over 10 years and was most recently Managing Editor at Enterpriseefficiency.com. Before that he was an Assistant Editor at MIT Sloan Management Review, where he covered a wide range of business topics including IT, ... View Full Bio
We welcome your comments on this topic on our social media channels, or [contact us directly] with questions about the site.
Comment  |
Email This  |
Print  |
RSS
More Insights
Webcasts
Managing Your Enterprise Collaboration Platforms
Leveraging Infrastructure as Code to Streamline Security & Operations
More Webcasts
White Papers
Enterprise Guide to Policy as Code - Design, Build, and Runtime
Dirty Little Secrets of Business Intelligence: Six Challenges to Adoption
More White Papers
Reports
State of DevOps 2021
CVE Weaponization Report
More Reports

@jastroff- i agree that sometimes there is no substitute for being there. But at the ame time most ad hoc innovaiton comes from people syaing "we've got this problem" and someone who happens to be nearby saying, "oh, why don't you do x?"

I think of that as the lunch room innovaiton.

the lunch room innovaiton can be solved by making it more formalized. I think one problem that we have in the enterprise is that we're afraid to talk about out challenges. We think talking about challenges is mentioning failure.

Wouldn't it make sense for every person and team in an enterprise to maintain a "my biggest pain points" board? Put these pain points in a space where everyone can see them easily. And then when people have a minute, they can look at the board and brainstorm about what they can do. this seems especially good for IT. If IT has a solution to someone's pain point they are truly serving the organization the way they should.

With a formal pain points board you get back some of the random lunch conversation where innovaiton happens.
Reply  |  Post Message  |  Messages List  |  Start a Board

@Michelle- i do meet my colleagues once or twice a year. And I see them at conferences and other areas. My experience is that seeing someone once or twice a year does not make me feel more connected. it requires constant communication via email, instant message, phone etc to achieve that. Real life meetings allow me to put a face to a name, but it requires daily or more frequent contact, in my mind, to make a team.

@danielcawrey- I don't know if it counts as a story, but I know I feel like every once in a while someone has a solution to a problem that would have made my life easier, except I didn't talk to them about the problem for months because I didn't see them regularly.
Reply  |  Post Message  |  Messages List  |  Start a Board
InformationWeek Is Getting an Upgrade!